It’s great to be back in the ICFW writing seat after so many months of absence. This year, life has consisted of four weddings and a funeral. Yep, I know that sounds like a movie, as does the title of this blog, but seriously, that really has been 2012 for me.
When both my sons got engaged last year, I knew 2012 would be the year of weddings. Sadly though, a month after my brother’s mother-in-law was diagnosed with cancer in January, she passed away and so the funeral that I so dreaded when I joked about having four weddings, happened.
On April 23rd, my youngest son, Kyle, married his Finnish sweetheart. This was only a marriage on paper however, done to aid the process of his Finnish residency application. Kyle and Tiia determined to wait for their church wedding on July 7th, which my husband and I planned to attend ... in Finland! 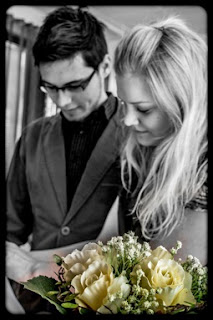 So, between arranging two August weddings merely three days apart in South Africa (from florist to wedding co-ordinator, and everything in between), I now also had to arrange an overseas trip, with an outreach to Romania thrown in for good measure. Thankfully, I had nothing to do with any arrangements for the Finnish wedding – I just had to be there.
January to August passed in a blur of tuxedos, satin, roses, horse-drawn carriages, the luxurious colours of burgundy, olive green and silver, and a twelve-metre veil that needed beading stitched on both sides for Ryan and Amy’s fairytale wedding, to the earthy browns of hessian, baskets, picnic blankets, origami flowers, chinos and Jesus sandals for Kyle’s missionary wedding. Two totally different weddings, but equally fun to plan and execute. 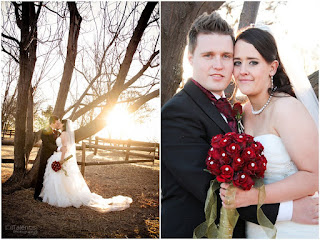 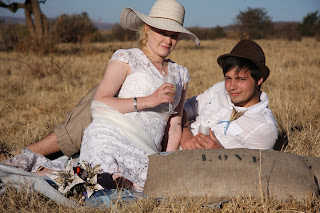 The wedding in Finland was beautiful. Azure skies formed the chapel roof, tall green pines its walls and a grey lake reflected behind the bridal couple like a gigantic window looking into forever. Finnish weddings are quite different to what we’re used to with games played, songs and dances performed by family children, and a ritual kidnapping of the bride and her subsequent rescue by the groom. 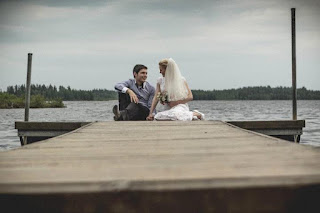 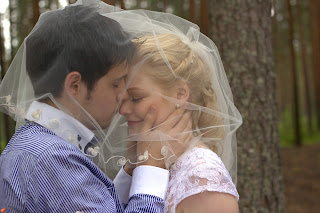 Noel and I definitely amassed beautiful memories from our sons’ weddings and emerged from this hectic time as very proud parents. 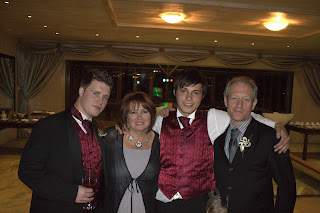 After the wedding in Finland we were privileged to spend ten tranquil days with friends at their summer cottage beside an enormous lake in the southeast of Finland ... along with a dozen fabulous young adults who had been on missionary training in South Africa with Kyle last year. Here we were immersed in the cultures of sauna and roasting makra. What fun it was to row on the lake, find new islands to explore – some not much bigger than a very large rock; watch my hubby fish while I settled down on the wooden jetty with the Ted Dekker novel I’d packed (The Bride Collector ... wonder what inspired that choice); or head off into the forest blueberry picking!

During our time there we visited the quaint town of Savonlinna. Every year  the internationally renowned Savonlinna Opera Festival is held inside the walls of the medieval Olavinlinna Castle. 2012 was the centennial celebrations. It was awesome to have a backstage tour tagged onto our castle tour ticket, where we got a peak into dressing rooms, prop rooms, costume wardrobes, seating inside the opera and stage set-up. Five operas held over a month with two stage changes every day. The Magic Flute, The Flying Dutchman, and Aida were matched with two world premieres: La Fenice and Free Will, the first ever opera born on the Internet and created by an online community.
We also visited the world's largest wooden church in Kerimaki.
After a great time of rest and boosting ourselves on tiny blue super fruit  in the form of blueberry pancakes, blueberry pie, or just plain blueberries and cream - sadly we ran out of time to make blueberry jam - we headed south. Armed with one small 10kg bag, we boarded a Ryan Air flight to Budapest. It took a good portion of our three hour layover to find the big orange midnight bus headed for Cluj-Napoca, Romania.

The week in Romania, working in the gypsy village, Dallas, with ProRoma was hard but rewarding. Our team of ten demolished a shack and built a new two-roomed home in its place, finished another home built by a previous team, painted the prayer room (decorative sponge painting and all), played with the children, mixed cement and dug trenches. It felt really good to hand over a new home to the father and mother of three lovely young girls. How humbling to know God has used you to make a difference in someone’s life. You can read more at http://romania.the-rebirth.com/
And in Romania we learnt all about Romanian hospitality in new friends, our hosts. I hope someday we will be able to return their kindness in true South African style.
From the time we landed back on South African soil, I had nine days to finalise Ryan and Kyle’s weddings. Between returning to work, final venue meetings, bridal showers, bachelors’ parties, collecting hire items, making bouquets, finalising seating arrangements, final printing, buying food items, etcetera, etcetera, life was a flurry of activity. Suffice it to say, I literally vegetated for the rest of August and well into September, as I tried to catch my breath after this rewarding, albeit hectic year. 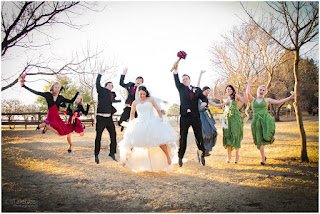 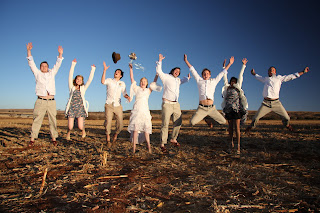 But all through the hustle and bustle of weddings on two opposite ends of the world, bride kidnappings, initiations, children, gypsies, castles, cathedrals, street markets, shacks, forests, lakes, and not forgetting blueberries, my writer’s mind was like a sponge. I absorbed every sight and smell, every landscape and face, every cultural difference, every new friendship, every piece of history, storing them away as I wait for that one new story to emerge from any of these experiences.  Will it be set in the forests of Finland, or within the solid walls of an ancient castle, or in the dirty streets of a gypsy village? Will my protagonist be a medieval knight, or a cagey gypsy with an attitude as large as the gold earring that dangles from his right ear, or a scantily clad child living off the garbage dumps? Will the story be historical, telling of unending feuds between Russians and Swedes, or will it tell a tale of murder and mystery when a bride goes missing after a traditional wedding prank? Who knows? I, for one, cannot wait to find out!
Posted by Marionu