Bread Upon the Waters: Interview and Giveaway

Sometimes a story needs to remain true and nonfictionalized, as author Deanna Klingel explains as she introduces us to Duong Tien. Here's Deanna: 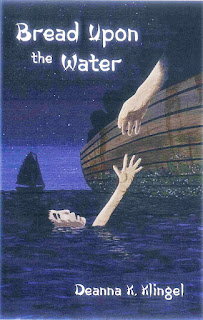 Bread Upon the Water, a young adult nonfiction biography published by Rafka Press, has been an interesting endeavor for me, a writer of historical fiction. I learned the old adage, truth is stranger than fiction, is a true statement. Truth is also more terrifying, more perilous and death-defying for a longer time frame than fiction.

Young Duong Tien, growing up in South Vietnam, always knew he had a calling from God to the priesthood. When communists took over his country he had no choice but to leave his devout Catholic home to follow God's call. As one of thousands of "boat people" fleeing at the end of the war in Vietnam, his journey is more treacherous than anything I could have conjured up in fiction.

In our weekly sessions after early morning Mass, I learned a lot of world geography, Asian culture, some Vietnamese language, and America's history of involvement in Vietnam. But, I learned more on a personal level. Father Tien is a very humble, quiet man; a holy man. He doesn't see himself as any kind of hero. Yet, I saw in him a heroism of our faith. I saw how all of us, in our daily activities, are called to be heroes for our Christian faith.

It is my greatest hope that young readers of all Christian denominations will see themselves in this story. They might ask themselves, "Where would I stand in all this? What if I had to make these choices? Would I allow God to provide for me with complete faith that he would?" I hope they'll wonder. I hope they will grow in faith as a result of making this journey with Tien.

VC: Welcome, Deanna, to International Christian Fiction Writers! How did you come to meet Father Tien?

DK: I first met Father Tien when he was assigned to our parish, St. Jude's, in Sapphire, North Carolina, about five years ago. He was with us 2 or 3 years.

VC: How did you know this was a story you wanted to record?

DK:When Father Tien first shared a little of his story with our parishioners, it was the first time he'd spoken publicly about his escape and immigration. It was a compelling story. He explained that most Vietnamese (thousands shared these experiences) did not talk about it. Their children and their grandchildren need to know. We all need to know. I wanted to help him tell it.

VC: Were you tempted to use it as a basis for a fictional tale, or did you always know it should be nonfiction?

DK: I always intended it be nonfiction. Father Tien is such a holy and humble person. When you read his story you will agree he is a modern-day hero for the faith. I think he's a role model of faith for young readers of all religions. The story needed to be told as a true story. 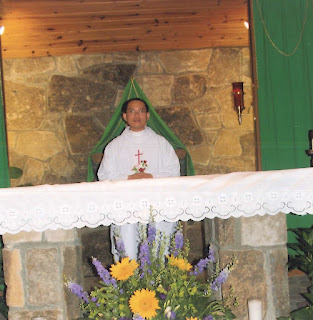 VC: Have you ever traveled to Vietnam or any of the settings in this book?

DK: No, I never have. There are a few photos of Tien and his companions in the back of the book, but they really don't show the countryside. They are taken inside the camps. I do have one photo I took of him at St. Jude Church.

VC: How did meeting Father Tien change your life?

DK: I think getting to know Father Tien and learning his story has helped me to be more aware of what other cultures go through when they arrive on our shores. I hope some of his spirituality has rubbed off on me, helping me to be a more day-to-day spiritual Christian.

VC: Have you had any other books published? Any upcoming projects?

DK: Just for the Moment: The Remarkable Gift of the Therapy Dog, published by Dog Ear, is a collection of moments when my two therapy dogs made a difference in someone else's life. It's a book that didn't quite fit in any publisher's box. My two dogs were aging and I really wanted the book published while they were still with me and still active as therapy dogs. I self published this one with Dog Ear in October 2010. I'm glad I did. The book is hugely popular, I use it in tandem with therapy dog workshops I give. I regularly hear from readers who were moved by the book and want another to send as a gift to someone they think would enjoy it. It didn't fit in the publishers' boxes, but it sure fits in people's hearts! My dogs are both gone, but their stories continue.

Avery's Battlefield and Avery's Crossroad are a two book series, middle grade/YA, historical fiction set during the five years of the Civil War in Virginia. These are published by BJU Press Journey Forth in Greenville. Avery's Battlefield, book one, published in March 2011, received the Stars and Flags Book Award. Avery's Crossroad followed quickly in September 2011.

Bread Upon the Water just released June 29 by Rafka Press in Phoenix.

In October, Write Integrity will release Cracks in the Ice. This is a YA/ women's fiction, a story of Gina, the niece of a mafia don. She has dreams of Olympic gold and is well on her way when tragedy strikes. Unable to discover a self identity off the ice, and with her real identity obscured in witness protection, Gina spirals into a dark depression. It's her daughter, knowing nothing of her mother's former fame and real life, whose love of ice skating awakens Gina to new possibilities. With the help of the two people who love her, AA, and God's unconditional love, Gina rediscovers victory. It wasn't the life she planned, but the life she's been gifted.

I'm always working on something! I hope Rock and a Hard Place and Blue-Eyed Doll will be out next year. 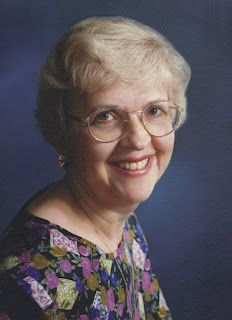 The author, Deanna K. Klingel, lives and writes in the mountains of Western North Carolina. She and her husband David have recently celebrated their 50 years of joy with their 7 children and spouses, and 11 grandchildren. Deanna primarily writes Christian historical fiction for middle grade and young adult readers.

Interested in reading Bread Upon the Waters? Deanna is offering one reader a copy, anywhere on Planet Earth. If you'd like to put your name in the hat, please add your email address with your comment before Thursday, August 16, replacing @ with (at) and .com with (dot) com.

Her first published work, a novella, was released in the collection Rainbow's End from Barbour Books in May 2012. Visit her website and blog to glimpse inside her world.
Posted by Valerie Comer