The Need for Many Stories 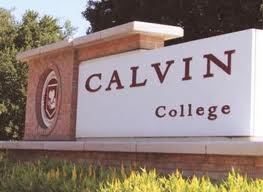 I plan to attend Calvin College's Festival of Faith and Writing in Grand Rapids, Michigan, next month. If you are one of our international readers, you probably can't be there. But if you are in the US, especially the Midwest, you should put it on your calendar for 2014 even if you can't make 2012. I recently blogged about how much I love this bi-annual gathering of writers, librarians, English teachers and enthusiastic readers.
Calvin College is a Christian Reformed school, but the Festival is not limited to evangelical participants. It welcomes anyone whose writing stimulates discussion about faith. The closing speaker this year will be Chimamanda Adichie, a Nigerian novelist and short story writer I first ran across in 2009 when a friend sent me a link to this video on YouTube. 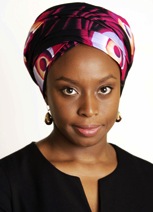 Adichie, the daughter of Nigerian university professors, talks about "The Danger of a Single Story." She shares how as a child she read English books. Consequently the stories she wrote were about blue-eyed white children eating apples and playing in the snow. I have long been passionate about African children having stories about children just like themselves. That is one reason we at ICFW promote books with settings outside the US. Aussies have a right to read stories with bilbies in them instead of rabbits.
But Adichie brings out a different reason for these stories. It is not just the "natives" who need them. Those of us who read stories also need to hear more than one, or our perception of reality is distorted.
I recently gave a chapter to my American critique group that included a scene in a hospital in a South African township. "You haven't shown us how grungy the place is," someone commented. "Isn't the character's daughter concerned about the level of care?"
Now, when I lived in Mozambique during their civil war in the 1980s, the hospital didn't have aspirin. When we visited a sick seminary student, the sheets, although freshly washed, were ragged and blood-stained. It was winter, but several glass panes were missing from the window, and a cold wind blew through the ward. Believe me, I was very concerned about the level of care!
That was reality.
But it is NOT the reality of Tembisa Hosptial outside Johannesburg. After all, the first successful heart transplant was done in South Africa, not Minnesota. Tembisa Hospital may not have as many private rooms or all the sophisticated equipment of the ICU where my husband recovered from his heart attack last summer, but the wards are clean and neat and well-supplied. The nursing sisters are well-trained and competent.
Why did my reader assume that since the hospital is in a township, it must be grungy and inferior?
He didn't have enough stories. His perception of Africa is based on Somali refugee camps and the crimes of Joseph Kony and the Lord's Resistance Army--a single story of poverty and violence. Those stories are true, but they aren't the whole story of Africa.

(Note to self: include references to slick clean surfaces, antiseptic smells, and efficient nursing sisters in the hospital scene.)
No one story encompasses all of reality even in a limited place and time. For that reason we need LOTS of stories--lots of books set in Nigeria, Mozambique, South Africa; India, China, Vietnam. The people who live in those countries need stories with which they identify, but perhaps even more, we Americans need stories that tell us multiple truths about the world beyond our borders.
After 9/11 we wondered, why do they hate us? If we had read more stories of their world, we would better understand their helplessness before the weight of our giant economy, their resentment of our support for perceived injustice that passes from generation to generation.
Stories. So many stories we have never heard and therefore we cannot begin to understand. And if we don't understand, how can we expect them to understand when we speak of One who left his heavenly reality to walk among us, participate in our stories and transform our tragic endings into joy?
I read Chimamanda Adichie's novel Purple Hibiscus when I first heard her in 2009. Now I have ordered her book of short stories. I want to soak up everything she has to tell me before I hear her speak at Calvin. I want my heart to be open to listen to what this articulate African woman has to tell me about her story and to be stretched to take in many other stories so that I can better see the world through God's eyes and touch it for his kingdom.
________________________________ 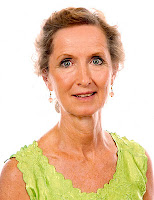 LeAnne Hardy has lived in six countries on four continents. Her books for children and young adults come out of her cross-cultural experiences and her passion to use story to convey spiritual truths in a form that will permeate lives. Find out more on her website.
Posted by LeAnne Hardy