How Journaling Helps Me Jump-Start My Imagination 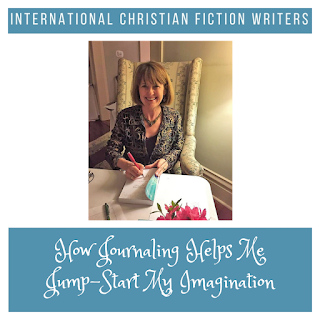 A few years ago, I was asked by my Dutch publisher to write a novella for the Dutch ‘Week of the Christian Book’. (I wrote it in English—someone else translated it=). Christian bookstores throughout Holland put on this annual event where, for a week, any customer who purchases over 10 euros of merchandise in the store receives a free novella. The theme of animals was chosen for the year I was asked to write the novella.

I had never written a novella before and, being a rather long-winded novelist, felt the task a little daunting.

But as soon as I learned of the theme, I knew my story. It had been hidden in my journals for years, just waiting to find the light.


I would write about our wonderful, neurotic mutt, Beau.

I told the story of an emotionally and physically scarred teen, Peter, who finds healing through his relationship with a rescue dog. Although the story was about Peter, I decided to tell it from both the mother’s and dog’s points of view.

In many ways, that story, Waiting for Peter, ‘wrote itself’ as I simply turned to the many journal entries I had penned throughout the years about our lovable mutt


and all the lessons I had learned from life with Beau, especially lessons about how I should view my Master with the same love and devotion as Beau viewed me. 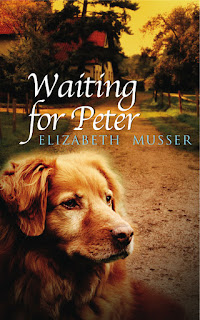 Keeping a journal is a great way to find inspiration for future stories.


With Waiting for Peter, some of my journal entries found their way almost verbatim into the novella. Beau helped me through many hard times, and especially empty-nesting. So of course, the mother in Waiting for Peter finds solace during that season of her life too.

When writing The Dwelling Place, part of which takes place in Scotland, I reread all that I had written in my journal years earlier about the bustling, energetic city of Edinburgh and the rolling hills around Sir Walter Scott’s birthplace. As I reread my words, the emotions I felt while traveling through “the bonnie, bonnie banks of Loch Loman” came back in all their beauty. 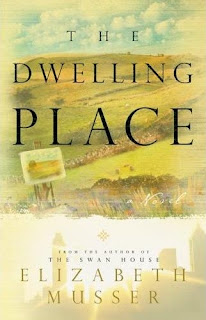 Most recently, I returned from walking the first few legs of The Way, what’s known in French as Le Chemin de Saint Jacques de Compostelle. It’s a centuries-old pilgrimage that runs through France and Spain, ending in the city of Santiago in northwest Spain.

I hiked about thirty kilometers of hills and valleys all alone, partly as a spiritual journey, and partly as research for a new novel. Even though I was bone-tired after each day's hike, I faithfully recorded my experiences in the evenings. Now I am going back to those journal entries daily as I create scenes in the novel. You can be sure that some will reflect what I actually encountered along The Way.

On days like today, my journal helps me jump-start my imagination.


It is also the place where my soul spills out, a recording of my personal psalms to the Lord with my joys and fears, my frustrations, and the excitement of something in Scripture jumping off the page and into my heart. I journal about life. Events, circumstances, soul talk. It’s all there.

So the next time you need a little nudge of inspiration, turn to your trusty journal. You do keep one, don’t you?


PS As a bonus to the joys of writing Waiting for Peter, Beau’s photo appeared on the front cover (yep, that’s him above). And when I went to Holland for book signings, we took a hundred of Beau’s paw prints, stamped by Beau (with much difficulty) onto little stickers. Beau 'signed' his story which, by the way, is now available in English, too. I can almost hear his ‘woof’ of approval from where he is frolicking in doggie heaven.

ELIZABETH MUSSER writes ‘entertainment with a soul’ from her writing chalet—tool shed—outside Lyon, France. For over twenty-five years, Elizabeth and her husband, Paul, have been involved in missions work with One Collective, formerly International Teams. The Mussers have two sons, a daughter-in-law and three grandchildren.