How’d You Get Published? 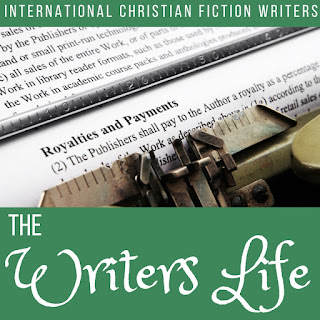 In the time since I announced my multi-book contract with HarperCollins' Christian fiction imprint, Thomas Nelson, so many people have asked me about the journey leading up to this point.

So here’s the story, in five dot points--the good, the bad, and the oh-so-ugly rewrites:

At 21, I'd started novels as a teen but never finished them. I went from full-time work to part-time, so I decided to try and finish a whole book in the extra hours. Did it. (Did much of it wrong, but still did it. ) Whole process was super hard. I set that book aside. (Where it shall remain.)

Decided to do it again. Wrote the first draft of what became ‘Love and Other Mistakes’. Still had no idea what I was doing. Joined American Christian Fiction Writers (ACFW) and began to learn a lot.

Burned out working full-time and writing. Took 6 months off. Got notification that I was a finalist in My Book Therapy's Frasier Competition. Decided it was a nudge from God to go to ACFW conference in Dallas for the award ceremony. In order to have a completed second draft to pitch to agents, I had to write 60,000 words in 10 weeks.

Chained myself to the laptop. God worked a miracle. Book got done. Met my agent at that conference, Chip MacGregor.

Worked with Chip and a freelance editor to improve ‘Love and Other Mistakes’. I read once that a 20-page editorial letter (where the editor tells you everything you need to fix) is a bad one. Mine was 40. Took me 6 months to fix the book, but it was WAY better afterwards.

Wrote first draft of a new book. Was ecstatic to finally be a finalist in the ACFW Genesis competition. Went to the conference and pitched ‘Love and Other Mistakes’ to publishers.

In May (that's right folks, May—seven months after submitting and two months after accepting it wasn't gonna happen), I received an email from Chip saying that he’d spoken to Thomas Nelson again and they were interested. In June, received the formal offer. Made the announcement in July and revealed the title in August. :) :) :)

I'm so excited to be sharing Love and Other Mistakes with you all in 2019! I can't say enough for the people along the way who've taught me about writing, encouraged me and given me perspective on the challenging days.

To anyone thinking about writing a book, here's my top five pieces of advice:

So writers, what were the key points in your writing journeys? Share in the comments!

Australian author Jessica Kate writes inspirational romances that are fun, sassy and real. Jess is a screenwriting groupie, co-host of the StoryNerds podcast, and her favorite place to be--apart from Mum and Dad's back deck--is a theme park.

She's travelled North America and Australia, and samples her favorite pasta wherever she goes--but the best (so far) is still the place around the corner from her corporate day job as a training developer. She loves watching sit-coms with her housemates and being a leader in a new church plant.