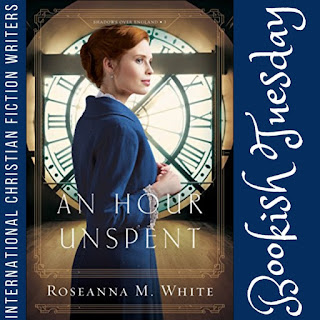 Barclay Pearce has undergone a transformation since A Name Unknown and A Song Unheard, the first two books in this series. Then, he was a thief and the leader of a large adopted family of thieves. He's now been persuaded of the truth of the gospel and the associated need to change his ways. His newfound honesty is challenged when V, his mysterious boss, asks him to befriend Mr Manning, a clockmaker who has made what could be a revolutionary discovery.

As Barclay befriends Mr Manning, he also meets and befriends Miss Evelina Manning. This is an interesting relationship to watch develop, as Lina has recently been jilted because her fiance didn't think she loved him. Now she's wondering if she can love anyone ...

And, as with the other books in this series, there is a bet within the members of Barclay's makeshift family—and again, it relates to the title.

There are two things which consistently impress me about Roseanna M White's writing.


First is her research. She has the ability to take little-known factoids from history and incorporate them into her story without it feeling forced (for example, the origin of Rolex watches, and the presence of internment camps in England in World War I).

And the writing. She's an excellent writer, and I found myself highlighting a lot of brilliant lines like this one: 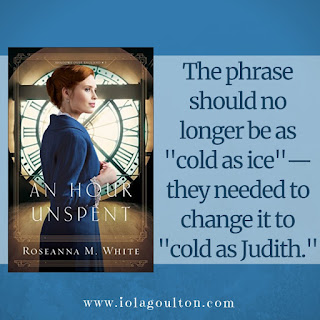 World War I is an excellent backdrop to this romance story about two people damaged by their parents and trying to rise above their histories to become better people. It's the third book in the Shadows Over England series, and while it can be read as a standalone novel, you'll enjoy it more if you read the other two first.


Thanks to Bethany House Publishers and NetGalley for providing a free ebook for review.

You can read the introduction to An Hour Unspent below: