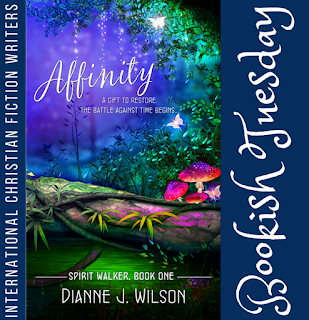 Affinity released on the 8th of June, but it has been brewing inside of me for many years. Pegged as a YA urban fantasy novel, it is a breathless dive into the spiritual realm off a diving board of 'what if'?

Here is the blurb:
'Kai was born with the ability to see brokenness and to fix it. But when a freak accident leaves him trapped in the spiritual realm, he discovers a sinister side to being gifted—much darker than he'd ever imagined. With Affinity Recruiters hunting him down, Kai has to learn how to stay alive, use his gift to save his friends, and stop the flood of evil threatening the world. Can he do it before time runs out? 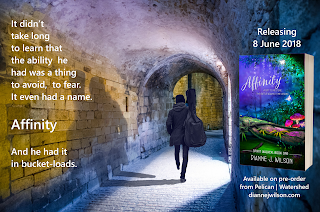 Why did I write Affinity?
Our teenagers are inheriting a broken world. A minute of scrolling through any social media feed will prove it. The facts are clear - no country, race, age or gender will guarantee immunity.

Tackling life in this mess is nothing short of impossible and many young people are struggling against a deep sense of hopelessness. As a mom to two teenagers and one pre-teen, I have a steady stream of teens through my car and home. It doesn’t take much listening to hear their hearts.

Life is tough, yet with God all things are possible.

He has woven gifting into our DNA and given us access to a full arsenal of spiritual weapons to bring healing to the brokenness. My hope for each reader of this series is awareness.

~    Awareness of the reality of the spiritual realm.

~    Awareness of the fact that the enemy is already defeated and disarmed. The only power he till wields is the power of deception.

~    Awareness of the potent gift inside each one waiting to be unleashed that will see prisoners set free and hope restored despite the state of our world.


'For what is seen is temporary, what is unseen is eternal.'
2 Corinthians 4:18 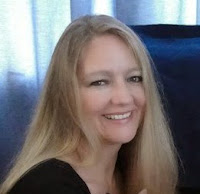 Dianne J. Wilson writes novels from her hometown in East London, South Africa, where she lives with her husband and three daughters. She is writing the third book in YA series, Spirit Walker, with Pelican / Watershed. Book 1, Affinity released on the 8th of June. Resonance (book 2) will be released in October 2018.

Finding Mia is available from Amazon, Pelican / Harbourlight, Barnes & Noble and other bookstores.

Shackles is available as a free ebook from Amazon & Smashwords.