I'm Right and You're Wrong!

Our church holds worship services in the afternoon in a rented 6th floor YMCA room so we use Sunday mornings for other activities like practicing Christmas specials. Since our congregation is made up almost entirely of imported Filipina household servants and music flows in their veins, we have great specials.

While I was at the Y's 4th floor roof garden one Sunday for a Christmas practice, I chatted with a Hong Kong Chinese woman who had attended the first service of another church that meets on the 4th floor. 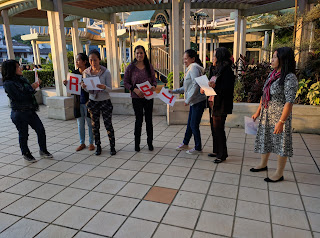 Once that church's second service finished, I expected to talk with a Sri Lankan Tamil former-Hindu asylum seeker family and a young African woman, originally from Rwanda but now a Canadian citizen, both of whom attend there. I also hoped to talk with another attender and friend, an American businessman.

When I went up to the 6th floor for our afternoon church services, I saw an Indonesian Muslim friend who, like the Filipina church members, is an imported household servant. On her Sundays off she teaches the Koran to fellow Indonesian Muslims in the morning and does volunteer work at the Y in the afternoon.

So what does this list of people I saw on Sunday have to do with being a novelist? They represent a wide variety of perspectives.


While point of view focuses on who is telling the story, perspective focuses on how a character views and processes events. At the most fundamental level perspective is about culture.

In a novel, will the heroine accept the less than desirable husband that her family wants her to marry? Or will she defy her family by running away with her true love? It all depends on her cultural perspective.

Ask someone to describe God. The answer will differ according to whether you ask a Hindu, a Muslim, a Christian or someone who grew up following Chinese religion.

Since our perspective determines how we see the world, it affects the decisions we make and how we react to the decisions of others. This is equally true with fictional characters.

History has shown that clashing perspectives can even start wars. While none of us relish conflict in real life, it's a necessity for novels.

So, in our stories, give each character a different perspective. Conflict is guaranteed. 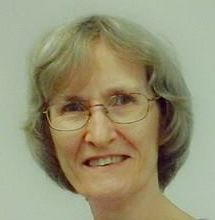 Karen Rees and her second-generation missionary husband, Benjamin, have served in Hong Kong since 1975. Besides her involvement in the mission work, Karen loves history, quilting and writing. They have two children, Matthew and Megan, and two grandchildren, Hadessah and Arthur.