Almost two weeks of this new year have gone already. Can you believe it? Only 52 more weeks to go until we usher in the next new year. When put like that, doesn’t seem like that much time, does it? And when I look at my ‘to-do’ list for 2017…well, I feel a tad overwhelmed.

In 2016, I released nine books and one short story. Granted, three of those books I had written in 2014 and 2015, but only released in 2016. Nevertheless, marketing, covers, and editing had to be done on them, whilst still writing, editing, publishing, and marketing the other six books released.


On top of that, I was in six box sets during 2016, five of which I was the cover designer for the set. Those sets also needed marketing. 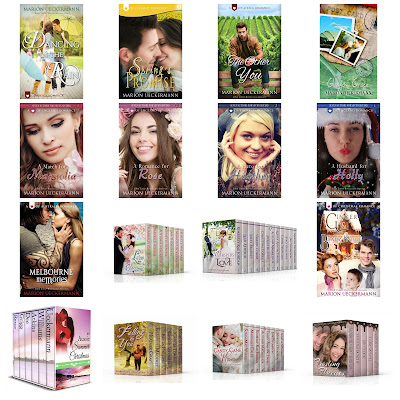 Too often this past year I thought I wouldn’t make a deadline. But, I always did because God is good. This year, I will once again cling to His faithfulness that He will never leave me or forsake me. I know I can trust Him to help me meet the crazy 2017 deadlines, as well.

And I can’t wait to show them off to the world. These will be published between March and June:

o   My stories are still to be written and edited. I do have one almost done, and rightly so...the deadline is looming
o   Covers done (or almost done) for three box sets—one more to go
o   For those following my Seven Suitors for Seven Sisters series, you’ll be glad to know that the last three stories in the series, are planned for three of the box sets—A Courtship for Clover will release on April 25th in Cherish; A Proposal for Poppy on June 20th in Forever; and A Love for Lily on July 4th (set still to be named)

On April 20th, hubby and I will be on a Qatar flight headed from Johannesburg to Helsinki, Finland. Long haul flights booked—check. Internal flights still to be booked. We’re going on a six-week holiday overseas. Of course, my trusted laptop will be part of my baggage, and I’ll likely still be writing into the early hours of the mornings during that time. We’ll be in Finland for two weeks visiting my son and daughter-in-law, Kyle and Tiia, in Helsinki. Whilst there, I hope to visit the heart-shaped island on the outskirts of Helsinki where I set my first published book, Helsinki Sunrise (which hopefully will release in Norwegian this year).

After that we fly to the UK for three weeks to visit my brother and sister-in-law, and other friends. My plan is to get up to North Yorkshire while we’re there and visit Scarborough and Robin Hood’s Bay, the locations for A Hero for Heather, and A Husband for Holly. I hope we’ll also be able to go back to the Lake District, which is where the Blume sisters in my Seven Suitors for Seven Sisters series hail from. Kyle plans to join us in the UK for a while.

The next stop is Italy for 7-10 days. On the itinerary are Cinque Terre, Pisa, Venice, Rome, Florence, and Tuscany (location for two stories). Kyle and Tiia will be joining us on the Italian leg of our journey. Part of the reason for this week is that Italy just looks like an awesome place to visit. The other part is research for the next point below. 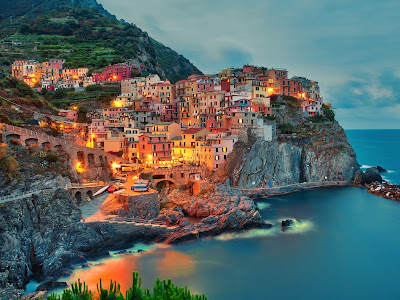 I need to write two and a bit novellas, plus design ten covers for a multi-author series due to release toward the end of 2017. The authors involved in this endeavor are super excited, and I’m glad I’ll have a holiday and research behind me before I need to tackle this.

·         IF I find the time in the next three months, I need to format six books for print, which includes designing back covers and that sneaky, fiddly spine. Because our postal system isn’t the most trustworthy in South Africa, I always try to order my print books if I’m travelling overseas and have them sent somewhere there to bring back with me. You can imagine my joy at learning Qatar airlines have increased their baggage allowance from 30kg to 45kg. And with six books to print and bring back (20-30 copies of each), I am going to need that extra allowance. But, because our internal flights do not have the 45kg luxury, I’ll need a delivery address in Italy (our last port of call before flying home), and am working on that.

Looking back eleven months, I totally get why God clearly told me it was time to give up the security and benefits of my day job, and follow my passion and what He had called me to do…write stories for Him.

As you can see, 2017 is set to be another crazy year, but with prayer, focus, and determination, I can do it. So keep a look out on my social media and Amazon author page—there are some fun and hopefully inspiring romances heading your way. Please remember to keep me in your prayers, too. I’m going to need all the help I can get.

And now, I did say I was going to ask you about your year… I would love to hear what exciting things you have planned or are happening in your life this coming year.

MARION UECKERMANN's passion for writing was sparked when she moved to Ireland with her family. Her love of travel has influenced her contemporary inspirational romances set in novel places. Marion and her husband again live in South Africa, but with two gorgeous grandsons hanging their hats at the house next door, their empty nest's no longer so empty.

If you’d like to receive information on new releases, cover reveals, and writing news, please sign up for my newsletterhttp://www.marionueckermann.net/subscribe/
My short story, Dancing in the Rain, will be sent free to new subscribers.
Posted by Marionu