THE MENTORED, THE MENTOR - AND A BOOK GIVEAWAY

It is a privilege to be with Jo Wanmer here again on ICFW. I hope you have not missed reading her guest post here last Wednesday, June 13th. "Busting open the Treasure Chest" is about her first novel, “Though The Bud be Bruised”, which has just been released. 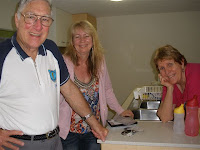 Jo has been brave enough to share with us some of her experiences with the actual writing of this book. I am trying to be brave enough to hear from her a little about the mentoring process we shared together! As I hope we all know, all writers should never stop learning how to improve their writing skills. While over the years I have been involved in trying to help new writers with what I have learnt to  that point, I am only too aware that a mentor has to also keep learning how to improve being a more capable, helpful and sensitive mentor.
First of all, Jo, tell us why you decided to apply for that live-in mentorship?

It all started because I wanted to tell my story. When I began writing, I was so ignorant I didn’t know that I didn’t know! Once 20,000 words had been written, I realised I needed help with so many things.

At first I paid for a mentor who helped me with structure and basic writing knowledge. We worked together using email. Then I heard the Omega Writers organisation in Queensland was running live-in mentorships and grasped the opportunity. By then my manuscript was close to being finished but I had learned enough about writing to understand my ignorance and still needed a lot of help to produce good writing.

When my application was accepted, I was assigned to you, Mary, as my mentor. The programme required the hard copy of the manuscript to be sent to you to preview before we met at the live-in venue. So in August 2010, I posted my bulky manuscript to Tasmania and waited nervously.

I am sorry for the extra expense that meant for you, Jo, but I find I usually pick up much more when I read hard copy than on the computer. I had agreed to mentor three fiction writers and printing out all those full length manuscripts would have been too much. Hope you don’t mind my saying here that on my first read through of yours, the content of your manuscript blew me away – most of all because of the content but then also the many changes the manuscript needed. You told me it was based on your own true story and this concerned me for a few reasons, but I knew it was a story that had to be shared. I still believe even more so today it needs to be read, discussed and hopefully act as a warning and help to church leaders, congregations – and Christian parents too of course.

Can you share a little about the process of this mentorship?

After an email and that first conversation on the phone with you, I started to get an understanding of the work that needed to be done. I tried to apply this new knowledge and rewrote the first fifty pages before we even met in Noosaville for the mentorship.
(Mmm...you are being kind here and too humble, Jo! After reading and re-reading and re-reading, I reluctantly decided I simply had to suggest you started the story in the wrong place. Over those weeks before we met, my admiration for you grew at how hard you worked on those first chapters – but that wasn’t the end of them was it?) 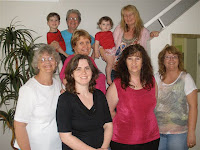 In November, I found myself with you, Mary, in a unit with two other writers. We sat at our laptops for about 14 hours a day for five days, not because we had to but because we were keen to learn and pick your brain as much as possible. I remember I’d write a paragraph and then you’d come and point out errors and suggest improvements. My constant question was, ‘But, why?’ It must have nearly driven you crazy, (Can’t remember that happening because you were so keen to try and ‘get it right’!) but I was determined to learn so that when I had to face my keyboard alone again, I would know how to write in a way that was great for my readers.

There was much laughter as we tried to remove ‘that “that” from that passage’, and much discussion and argument about the excessive use of adverbs. All ‘ly’ words were banned. (All? I hope not!) How we struggled to find ways to replace them! But how our writing improved. So after a great week, we all hugged and went our different ways.

How did you feel after the mentorship?

I went home excited because I’d learned so much, but also overwhelmed. In our five days together I had only re-written 50 pages. I had over 200 to go. The task seemed insurmountable. I didn’t touch the manuscript again until after Christmas. Encouraged by an Omega Writers meeting, I started again with a goal. I wanted to win the unpublished fiction section of the Caleb awards. (And you won! I was so very proud of you that night and for all the hard work you had been prepared to do over those many months.)

How much did your book change?

The story didn’t change but the whole book was different. It started in a different place. The ‘back story’ was all scrapped. I tried hard for consistent point of view. The first time I told the story. You taught me how to show the story. What a transformation! The story came to life. I found tears running down my face as I wrote because the story came real. (I cried that first time I read it and had a glimpse of what your amazing family went through.)

You experienced a second mentorship?

I was very grateful for my opportunity to learn at the first mentorship, not only from you but also others in the large group. There were other mentors, authors, a publisher and an editor in that first group. So when Omega ran another mentorship in June 2011, I volunteered to serve as the cook. It was fun. The group was much smaller so between cooking and shopping I had a little time to work on my book with Annie Hamilton. This time we focussed more on strengthening themes and content than on writing technique. A couple of weeks after that I posted it as an entry in the Caleb awards.

As you know we come from different church backgrounds, Jo, and I did not feel I should interfer too much with your themes. This was especially true about some doctrinal ones and now I confess to being relieved you had more help on those which were outside my personal expertise.

So you have invested a fair bit of money into mentors on this writing journey?

Yes. I spent over $1,700 in total for mentors. Some of that included accommodation and food. But the book is so improved that I believe I will make enough from sales to recoup that money. Even if I don’t, I know how to write a good book and I can and will write another.

That is good to know! Can you see yourself ever attending another mentorship?

When I write another book, I’d love to do another mentorship. I’m sure it would sharpen the writing and polish a book to a higher standard. Maybe one day, Mary, I will have written enough to mentor another writer! Wouldn’t that be wonderful to pass on the gifts I’ve been given. This is a scriptural principle and I know with your love of our Lord that is just what you will do.

Thank you for sharing this journey with us, Jo, and congratulations once again and also for what I am told was a really great book launch. Was so sorry not to be able to attend but Tasmania is just too far away.

Read more about “Though The Bud Be Bruised” on:- http://www.jowanmer.blogspot.com/
http://www.evenbeforepublishing.com/jowanmer.html
and especially some of the reviews it has already received on:
Koorong bookshop

I am giving away a print copy of this new author’s first novel. To enter the draw you need to leave a comment before June 30th. Please do not forget to include your contact details.

Mary Hawkins is a best-selling inspirational romance author.
A Queensland farmer’s daughter, she became a registered nurse before going to Bible College. She and her minister husband have three adult children and five grandchildren, enjoyed over 47 years of ministry including church planting in Australia, two years in England, three short term mission trips to Africa and now live in Tasmania, Australia's island state. Her 19th title, Justice at Baragula was released May, 2011 and was a CALEB fiction finalist in 2011.
Posted by Mary Hawkins