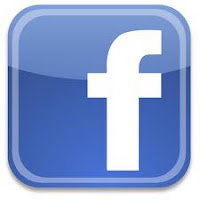 We've all heard of them, they're the equivalent of the "supermodel discovered at bus stop solving Mensa logic puzzle" stories.

Twitter? I hear you say? C'mon, that's not even an urban legend, that's just fiction. And I would have said the same, until that very thing happened to someone that I know. Yes, someone that I know. Not that mysterious "friend of a friend", not my cousin's boyfriend's sister's college roommate, a living breathing person who is my friend.

It couldn't have happened to a more deserving gal. But I've told her she has no idea what she's done. Once the story gets out, it's going to unleash a host of writers onto Twitter, all tweeting wildly in the hope that there's a tribe of editors lurking out there in Twitterland just waiting for their story.

I think it would be safe to say that with my overwhelming three tweets in the last six months, the most recent being a photo of my son with mash smeared all over his face, it's unlikely an editor will be finding their way to my Twitbox anytime soon.

But it's true, it does happen. So be careful out there in social media land people. You never know who's watching ;)

What about you? What's the strangest/most interesting way you've ever heard of a writer snagging an agent or editor?

Rumor has it that Stephanie Meyer got discovered because there was a new intern on the agent's slush pile who didn't know a young adult novel was meant to be 70,000 words, not 110,000.
Posted by Kara Isaac

Email ThisBlogThis!Share to TwitterShare to FacebookShare to Pinterest
Labels: getting published, Kara Isaac