God, What Do You Want Me to Be When I Grow Up?

Hi everyone! Who’s excited about the second half of the year? I know I am.

July always feels a bit like a second chance for the hopes and dreams of New Year’s Eve to come true. Don’t you think? Like a renewal, a revival, a do-over. 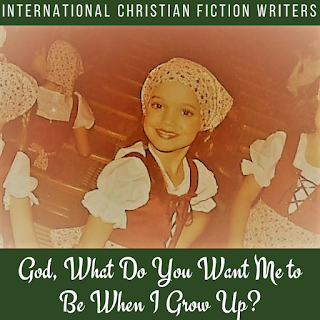 I need it all. Renewal. Revival. Do-over. I’m feeling somewhat stuck though.

Did you guys watch the movie I Can Only Imagine?

There’s this part about a major disappointment in the life of the band MercyMe. They have an opportunity to show their work to some powerful people who can make all their dreams come true, but when they finish performing, no one feels that they have what it takes to make it in the music industry.

This is their conversation—a conversation that makes tangible a feeling I’ve had for years.

Brickell: Can I come in, or do you want to soak a little longer?
Bart: (silence)
Brickell: So, you just gonna quit? Is that it?
Bart: You’ve got a better idea? I’m tired man. I’m… I’ve got nothing left.
Brickell: I’m gonna be honest with you, like I told you I would be. Sometimes when you’re up there, it’s like you’re singing somebody else’s music. It’s like a fake imitation. I don’t believe it. I don’t believe you.
Bart: Well, that’s gone from bad to worse. Thank you.
Brickell: But then there are times when I see something real. I see something authentic. But as soon as it shows up it’s like you’re afraid and then it vanishes just as quick as it came. And that’s what makes you a puzzle to me. Let me ask you something Bart, what are you running from?
Bart: My dad. He, uh, he...
Brickell: ...he beat you, didn't he? Ya ain't got no poker face kid.
Bart: I carry that. I have to live with that, you know. I always will.
Brickell: Then write about it. Stop running from it. Let that pain become your inspiration. And then you’ll have something people can believe in. But to do that, you have to face your fears, son. You know, Bart, I may not always believe in your music, but I do believe in you. You sold me, kid. Don’t quit. 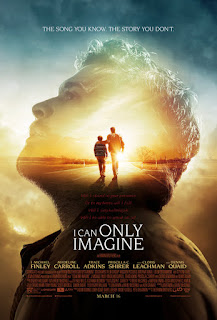 “But then there are times when I see something real. I see something authentic. But as soon as it shows up it’s like you’re afraid and then it vanishes just as quick as it came.”

Do you ever feel that way? How do you deal with it?

Brickell tells Bart to let the pain become his inspiration, to face his fears.

Does that mean you write sob stories? “Woe is me” stories? That’s not what Bart did. I don’t think there’s a market for that anywhere but in a therapist’s office.

What did he do? He hit the brakes and worked on unknotting his knot. The song reflects the resolution.

What am I running from? How about you?

What if there are too many things that are all knotted up in my life right now?

That’s what, for me, brings up the question:

God, what do you want me to be when I grow up?


Do you even want me to write something real and authentic? Or should I focus on that pesky dying to self business I can’t master? Or the forgiveness thing that eludes me? Or the relationship that’s now an eleven-year struggle? Or the kids and their never-ending fights? The homeschool? Our special needs?

God, what do you want me to be?

Do you want me to continue dancing? This will be a decisive year. I’m in three studios. One wants me to switch gears and begin teaching soon. One wants me to be on stage and compete. The other hasn’t shared a vision yet. What do I pick? I can’t be in three places anymore. I need to pick one.


Where do I even start?

This summer I began a new novel. I’m trying to unknot the Asperger’s/autism knot with it. Maybe working on that knot will loosen all the other knots too. One can hope.

And hope I will in this “demi” new year.

Maybe this is the season for big things to happen.

The translation of A Season to Dance comes out back home in Brazil next month, and it will be in every store in the country. The publisher lands books on national bestseller lists consistently. Could it be?

An American publisher I really like contacted my agent last week, asking to see my second manuscript. I see so many possibilities with them. Could it be?

I’m taking my son to a horse therapy place that God might use to bring about change we desperately need. Could it be?

Or could it be that I’m just too messed up for those blessings and won’t see light until I get better at reading my Bible and praying every day and being thankful? :-/

What do you want me to be when I grow up?

On a brighter note:

An early reader of the A Season to Dance translation in Brazil was ready to leave a tough relationship and rent a small place for her and for their little boy. After reading the novel, she decided to stay with her husband a bit longer and give him a chance to stand up and be the man he needs to be. I pray this young husband and father will honor her choice and make a change. Praise God for putting something in the novel for her. I’m not sure how the book changed her mind. I’m just glad it did. 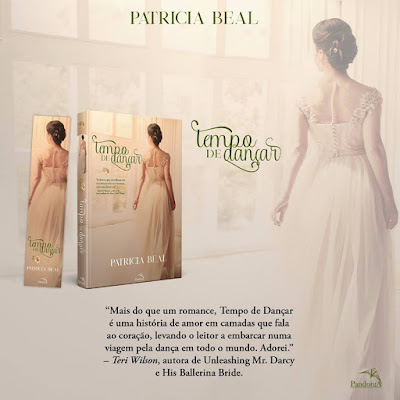 Thanks for letting me share my heart with you.

I pray you find something of value in the post and in the movie dialogue. Have a blessed second part of 2018, and I hope all your hopes and dreams will come true still :-)

She now writes contemporary fiction and is represented by Bob Hostetler of The Steve Laube Agency. Her debut novel, A Season to Dance, came out in May of 2017 (Bling! / Lighthouse Publishing of the Carolinas). A Portuguese translation will be out in her native Brazil in August of 2018 (Editora Pandorga). Patricia is a 2015 Genesis semi-finalist and First Impressions finalist. She and her husband live in North Carolina with their two children.