Launching Your ‘Self’ without Losing Your Soul 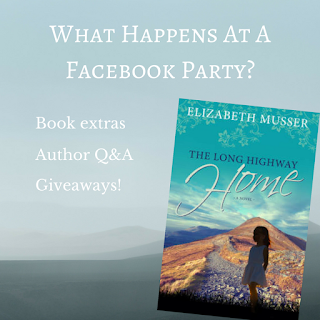 Earlier this month I launched my new novel, The Long Highway Home. I’ve been writing novels for 20+ years and have always felt a bit overwhelmed by the business side of the writing life, but now the possibilities and choices and things we could and should do are completely endless.

We must keep up with our Facebook Author Page, our Facebook Street Team Page, our Mail Chimp Author Letter, our Author Website, Twitter, Instagram, Pinterest, Zoom, Skype, Google Docs, Goodreads, and the list of social media options just grows. Then there are blog tours, interviews, reviews, Q and As and this isn’t even getting to the paid ads on BookBub and all the other stuff out there.


I mean, how many of us are just jumping up and down saying, “Hooray, I get to talk about myself and my book all day long every day EXCEPT I have to make it sound like I’m not talking about my book and myself and not begging people to actually BUY my book. No, I’ll put it on sale, give it away, throw it at you! Wow, this is FUN!”

And it can get so completely time-consuming that we don’t have time actually to write. But wait—what was our calling? To write—right? Write???

But the book needed to be launched.


So I hired this amazing young woman who for four months has helped me with marketing the book. Then we officially launched it at a crazy-fun Facebook Party. I even did four Facebook Live talks during the party. Considering I only inherited my sister-in-law’s smart phone a few weeks earlier and had no idea how to use it, much less Facebook Live, that was a minor miracle.

So anyway, I was sitting in a mind-numbed state the day after the party, still reading the hundreds of comments that readers had typed to our questions and giveaways, exahusted but so thankful. I had NOT lost my soul to this book business. I had even enjoyed many parts of it. And I felt, most importantly, that I had honored God in the midst of it.

How did this happen?


Well, I had sent out an SOS prayer request a month or two ago to my prayer warriors to pleasepleaseplease pray that I would approach this whole launch thing the way the Lord wanted.That I would ONLY receive each day what was given to me from heaven to do (see John 3: 27). Good ole John the Baptist said it first ,and I figured he had a pretty good idea of what he was supposed to be doing.

Now he could have gotten jealous or bitter or crazy overwhelmed by his job. But he didn’t—even though it cost him his head. Why?

Because he was just receiving what he was given to do from God.


Later, the day after the party, I was talking to my husband on the phone—me in France, him in the US. He’d been on a crazy adventure of his own (but he’d managed to ‘attend’ my party, bless his soul). I made the mistake of having my computer opened as we were talking, and an email popped up. It was from a French woman who attended a church we used to work in. She had forwarded my latest Mail Chimp reader letter (talking about my book launch) and written above it (in French)—“If your only email contact with me is to ‘toot your own horn’, then thanks for taking me off your list.”

And I was devastated. 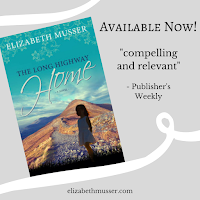 In my exhausted and less-than-super-spiritual state, I was tempted to fire back, “Um, I have no idea why you’re on this list—you don’t speak English, do you? And by the way, the only people on this list signed up themselves because they wanted to receive news about my books. Idiot! And also, if you could read English, you’d see that YOU can unsubscribe yourself!”

Thank the Lord, I was still on the phone with my husband who said something very spiritual and calming like, “Uh, honey, I don’t think you need to answer her. Just take her off the list.”

I stewed for a little while. But people were still praying for me (especially my husband!) And so I followed his advice. I unsubscribed this woman (hoping that my computer or Mail Chimp didn’t think I was unsubscribing myself—you never know how those things work), and I sent the ‘read receipt’ she’d requested, and I didn’t say another word because I was ONLY receiving what was given to me to do from heaven.

I have found that this is indeed the ONLY way to keep my head on (and admittedly, John the B lost his, so who knows what could happen eventually) in the roller-coaster ride of the writer’s life.

ELIZABETH MUSSER writes ‘entertainment with a soul’ from her writing chalet—tool shed—outside Lyon, France. Elizabeth’s highly acclaimed, best-selling novel, The Swan House, was named one of Amazon’s Top Christian Books of the Year and one of Georgia’s Top Ten Novels of the Past 100 Years. All of Elizabeth’s novels have been translated into multiple languages. The Long Highway Home has been a bestseller in Europe.

For over twenty-five years, Elizabeth and her husband, Paul, have been involved in missions’ work in Europe with International Teams. The Mussers have two sons, a daughter-in-law and three grandchildren who all live way too far away in America. Find more about Elizabeth’s novels at www.elizabethmusser.com and on Facebook, Twitter, and her blog. See photos from scenes in The Long Highway Home on Pinterest.

About The Long Highway Home

Sometimes going home means leaving everything you have ever known.

When the doctor pronounces ‘incurable cancer’ and gives Bobbie Blake one year to live, she agrees to accompany her niece, Tracie, on a trip back to Austria, back to The Oasis, a ministry center for refugees that Bobbie helped start twenty years earlier. Back to where there are so many memories of love and loss…

Bobbie and Tracie are moved by the plight of the refugees and in particular, the story of the Iranian Hamid, whose young daughter was caught with a New Testament in her possession in Iran, causing Hamid to flee along The Refugee Highway and putting the whole family in danger. Can a network of helpers bring the family to safety in time? And at what cost?

Filled with action, danger, heartache and romance, The Long Highway Home is a hymn to freedom in life’s darkest moments.

Email ThisBlogThis!Share to TwitterShare to FacebookShare to Pinterest
Labels: Beyond the Borders, Elizabeth Musser, The Long Highway Home