Well, it’s time for “Auld Lang Syne” again. 2017 is here. And being back at work after Christmas this writer found herself listening to the song a couple of times this week. My favorite versions are from Colbie Caillat and Susan Boyle.

Listening got me thinking about this song so closely tied to New Year’s Eve – what’s it all about? Is it really about the new year and its wishes? Maybe you’ve wondered this yourself. And as writers we definitely can appreciate words that have been immortalized through all the world since the late 1700s. Here’s the scoop from an article by Richard Curland of the Norwich Historical Society.

“It all started as a Scot poem by Robert Burns in 1788. He once admitted he had heard the first verses from an old man and quickly wrote down the words. Later, it was set to a tune of a traditional folk song...The earliest beginnings of the three-word song title have been traced back to the 16th century. However, the meaning of the title is now very different. The original title laments the fickleness of those who would seek financial gain from it. Its use in current times is as a farewell or an ending to the old year at midnight…

“The Scots’ title can be translated into English as ‘old long since’ or ‘long, long, ago.’ Some have it as ‘days gone by’ or even ‘just old times.’ Storyteller Matthew Fitt, in the Scots’ language, used the phrase, ‘in the days of auld lang syne’ as the equivalent of ‘once upon a time’ in his retelling of fairy tales. Cultural historians, in general, believe the tune used today may not be the same one used when the poem was first set to music. Singing ‘Auld Lang Syne’ on New Year’s Eve as a Scottish custom soon spread to other parts of the British Isles. Immigration spread the song around the world.

“More than a century later, composer George M. Cohan quoted the first line of ‘Auld Lang Syne’ in the next to last line of the chorus in his song, ‘You’re a Grand Old Flag.’ Along with ‘Land of Hope and Glory’ the Scot song is sung in England at ‘The Last Night of The Proms’ although it is not printed on any programs at those events.


“Recordings of the song are plentiful. In 1960, singer Bobby Darin changed a few words and sang it on his Christmas album.’ The Beach Boys in 1964 sang it on their holiday album, and it was heard on Billy Joel’s live ‘2000 Years’ album. Mariah Carey’s 2010 album, ‘Merry Christmas II You’ included it, and Rod Stewart’s 2012 album, ‘Merry Christmas, Baby’ also presented the song prior to the holiday, along with many others.

“In our society, the song is often referred to as ‘the song that everybody sings but nobody knows.’ Music historians tell us the first mention Burns makes of the song is in a letter sent to a Mrs. Dunlop in December 1788. He wrote that ‘both the old song and the tune thrilled through my soul.’ The song has inspired a number of translations into foreign languages. It remains as a means of making a toast to old friendships. According to the Guinness Book of World Records, it is the third most popular song in the English language. The first is ‘Happy Birthday To You’ followed by ‘For He’s a Jolly Good Fellow’ in second place.”

This post is from Historically Speaking, which appears on Sundays, and are short historical stories written by Richard Curland of the Norwich Historical Society in cooperation with society president Bill Champagne. Here’s the link.

Happy New Year to everyone wherever you are in the world!! Happy writing this year!! 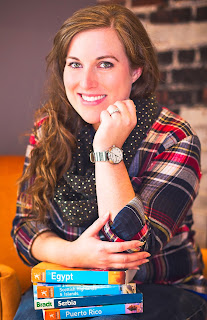 Morgan Tarpley is an award-winning newspaper reporter and photographer in Louisiana. She is also a historical novelist currently seeking representation. Besides writing and traveling to over a dozen countries, her interests include acting in her local theater, genealogy, photography, and singing. She resides in Louisiana with her husband. For more information about Morgan, connect with her on Facebook, Twitter, Pinterest, or Goodreads.
Posted by Morgan Tarpley Smith