Wendy Jones, welcome to ICFW and thank you for being my guest! First off, your favorite topic—tell us something about Dundee, Scotland. 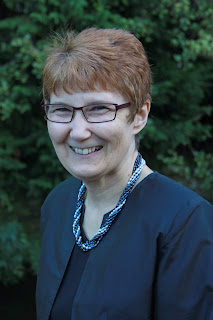 Dundee lies on the River Tay on the East Coast of Scotland. It is Scotland’s smallest City. It is often overlooked and yet it is beautiful. It has everything, hills, sea, beaches, history, castles, stunning parks, and is home to two wooden sailing ships. One of these, The Frigate Unicorn, plays a large part in my upcoming Young Adult book. They are also building the only Victoria and Albert Museum outside London. 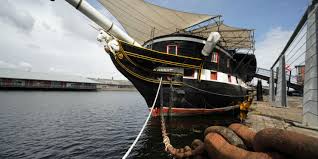 What a lovely place to live. I know the setting has deeply influenced your D. I. Shona McKenzie series in the popular Tartan Noir genre. Tell us more about Shona and her love-hate relationship to her surroundings.

Shona is feisty, funny, sassy, sharp and usually hot on the trail of a serial killer. She is originally in Dundee but moved away when she was two so was brought up in England. She moved back to Dundee a year before the first book, Killer’s Countdown, takes place. She loves Dundee and it’s people but is often mystified by the city and those people. She is also of a mind that it always seems to be raining in Dundee and that Dundonian’s are obsessed with the weather. 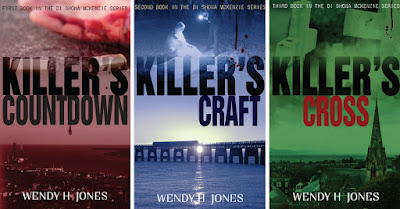 This is such a fun series. Is it okay to say that? I’m not sure noir is supposed to be fun—but Shona has such a quirky sense of humor. Anyway, tell us about the latest book in the series.

Killer’s Cut is the fourth book in the series. Someone is leaving body parts all over Scotland leading Shona and her team into a game of human jigsaw. They find themselves piecing together bodies as well as piecing together an investigation to catch the killer.

And now you’ve launched out into a series for children—which I have already purchased for my grandchildren! What inspired you to write about Fergus and Flora—beyond those wonderful names which should be enough. 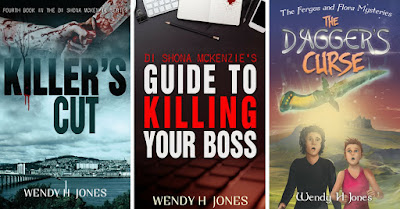 A publisher, who asked if I had any ideas for a children’s Mystery series, approached me! I had actually been thinking about one and had made notes on the first book. I firmed this up and wrote a detailed plan for the series and pitched it to the publisher who loved it. I wanted to write a mystery set in Scotland that could be read by younger readers as well as adults. The book has been written in such a way that readers of all ages will find something to enjoy and hook them. To give you a flavour of the book here is the blurb from the back:

An ancient Egyptian dagger.
A hungry curse.
A city under siege.

In the dead of night the ancient dagger is stolen from the museum in Dundee. As mysterious accidents, illness and even death stalk the city, the Detective Duo, Fergus Bernstein and Flora MacDonald, follow clues that lead them into ever increasing danger. Can they find the dagger and break the curse before it’s too late?

As if you weren’t busy enough, you’ve also published an excellent book on marketing—which I found very useful. It inspired me to start a newsletter. What are some of your favorite marketing hints?

The first marketing hint is write more books. Series sell better than one book. My other main marketing tip is try different things. Get out and about and do book signings. Ask venues such as coffee shops, book shops and any other venue which has a link to your books, if they would like you to do a book signing.

Wendy, I know you follow your own advice by keeping a breathless pace of speaking, writing and book promotions so I really appreciate your taking time to visit with us here.  Where else can our readers find you on the web?

It has been my pleasure. It is always delightful to be on your blog. If readers would like a free ebook, DI Shona McKenzie’s Guide to Killing Your Boss, then they can get it from my website via a popup. This is the only place you can get the book as it is not available elsewhere:
Website: http://www.wendyhjones.com
Amazon: http://author.to/WendyHJones This is a universal link which will take you to the Amazon of your country
Facebook: https://www.facebook.com/wendyhjonesauthor/?ref=bookmarks

Posted by Donna Fletcher Crow, whose newest Elizabeth and Richard Literary Suspense has just been released: A Most Singular Venture, Murder in Jane Austen's London