Nature versus Nurture (plus book giveaway)

Thank you, Narelle, for having me here today.

Christmas, and the end of the year are fast approaching. It’s a time for me to look back to where I’ve been and what I’ve achieved. It is at this point I ponder what might have happened had I done things differently and whether I made the best use of my strengths and abilities.

It’s been a challenging year for me, but a year I am thankful I have lived because I have had to make some difficult decisions and take a long hard look at the truth behind those decisions. Everyone has to make choices every day of their lives. Those choices can be life changing and can have repercussions years later.

In my latest novel, Web of Lies, Lachlan and Stephanie had life changing experiences at seventeen and sixteen when Stephanie learned she was pregnant. She was caring for her sick aunt and Lachlan had a climbing accident that put him in a coma for eleven months. Aunt Sonia and Lachlan’s parents wanted what was best for the young people. They pressured Stephanie into giving Ryan up for adoption. Eight years later, when Lachlan and Stephanie reconnect, they find out about all the lies that were told to protect their child. They are forced into making a decision they don’t want to make.

Web of Lies is a story about love and forgiveness. Parents want the best for their children, so much so they sometimes step in and try to influence their young one’s decisions. No matter how well-intentioned the parents are, their decisions may not be in the best interests of their children, often robbing them of the opportunity for personal growth through hardship.

Web of Lies was inspired by my experiences as a teenager when I was becoming more aware of the world around me. I noticed some of my classmates disappeared from school for a few months of the year and returned with no explanation of where they had been. They were sad and withdrawn and my heart ached for them. When I found out they had given birth and had to give their baby up for adoption I was shocked, and wished I could do something for them. There was no welfare to support the young mothers back then, so they had no choice but to give their child up for adoption.

I wondered what would happen if the baby was given to a relative to rear unbeknown to the mother. Web of Lies is the result of that wondering. To this day, some of these adoptive mothers have never been re-united with their baby. They have had to live with wondering about where their child might be and what they might be doing now. Their hearts must be in a perpetual state of pain as in the dark of night their thoughts turn to the beautiful child they gave up for adoption and wished they hadn’t.

What are your thoughts on nature versus nurture? Leave a comment so that you can go into the draw to win a copy of Web of Lies. 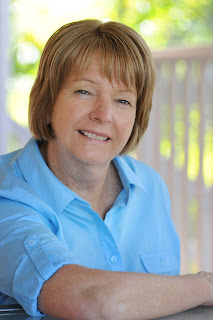 LAURA O'CONNELL enjoys writing stories about second chances in love and life. She calls the Gold Coast home, however, her curious nature leads her on adventures to locations that surprise and inspire her. Laura has a passion for telling a good story set in places where she has lived and travelled. 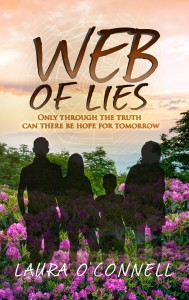 High school sweethearts, Stephanie and Lachlan are torn apart by circumstance, bad decisions and a web of lies, leaving an unknown future for their son, Ryan.

Eight years later they reconnect, but the time apart has changed them. The family had made decisions based on lies and deceit and now must find a way to either reveal the truth or find another option. On the surface, their arrangements seemed flawless, but dig deeper, and the people they thought they knew aren’t as they appear.

Lachlan and Stephanie are forced to confront the consequences of their actions and the entire family is compelled to reveal the truth, find forgiveness, and renew loving one another. But the hardest decision is still to come … where does Ryan live?

Narelle: By commenting on today’s post and answering Laura's question (What are your thoughts on nature versus nurture?) you can enter the drawing to win a copy of Web Of Lies. The drawing will take place on Friday, December 21 and the winner announced on Sunday, December 23. Please leave an email address [ ] at [ ] dot [ ] where you can be reached. Print copy available for Australian mailing addresses and electronic copy for international.

"Void where prohibited; the odds of winning depend on the number of entrants. Entering the giveaway is considered a confirmation of eligibility on behalf of the enterer in accord with these rules and any pertaining local/federal/international laws."
Posted by Narelle