DEVOTION: Of Lifejackets and Other Saving Things by Marcia Lee Laycock

I was raised smack dab in the middle of two of the largest of North America's Great Lakes, Lake Huron and Lake Superior. So I'm used to being in, around and on the water. I did a lot of swimming and boating as a child. These were activities that we all took for granted so there was very little supervision and safety precautions were non-existent. I almost drowned once. No-one really noticed. I almost drowned my nephew once. At the age of two he slipped off the bow of my tiny "sea flee." No life jackets in sight. When we returned home no-one questioned why his diaper was wet.

I realized I have a rather large blind spot in regard to the dangers of being in, around and on the water when my husband and I were in a small aluminum boat off the coast of Papua New Guinea. The wind had come up and the waves grew as we headed across the mouth of a wide bay. The boat was tossed about as huge waves splashed over us. I was loving it. My husband was white-knuckled as he clung to the gunwale and prayed. It wasn't until we reached shore that the word lifejacket was mentioned.

We were recently on a small sailboat and a similar thing happened. The wind made the craft heel over nicely and I was delighted. My husband was worried about an eight-year-old sitting on the bow with his dad. Neither wore a lifejacket. When he commented later that it would have been disastrous if that boy had slipped off, I realized, oh yeah, I guess a lifejacket would have been wise.

It seems familiarity can breed blindness and even, yes I'll admit it, stupidity.

Many of us go through life this way, almost daring fate to do its worst. Unfortunately, 'fate' often does. Many of us go through our spiritual lives this way too. There are precautions we are told to take, habits and disciplines that act like lifejackets and lifeboats. Things like reading the Bible regularly and praying often. It is wise to use them, wise to realize that familiarity can breed blindness and stupidity.

Do you have a lifejacket on? Or is it gathering dust somewhere? 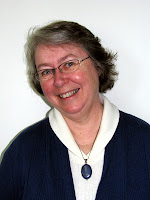 Marcia Laycock's devotionals have been distributed to thousands. Her devotional book, Spur of the Moment, won the Award of Merit at Write! Canada when it was released and her debut novel, One Smooth Stone won her the Best New Canadian Christian Author Award. The sequel,   A Tumbled Stone has just been released. Visit Marcia's website to learn more.