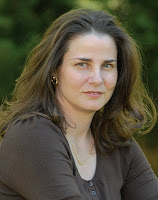 My guest today is Amy Deardon. When I interviewed Amy earlier on in the week, she had just discovered that her first novel,  A Lever Long Enough, was a finalist for a Pluto award at the genre ezine Yellow30 Sci-Fi. (http://www.yellow30scifi.com/)  Today I’m thrilled to be able to announce that Amy’s book won the Pluto award. (

Ruth Ann:  Welcome to our blog, Amy. Congratulations on winning the Pluto award!

Amy: Thank you! Winning the award was a happy surprise, especially since there were many good books nominated. And thank you for having me here today.

Ruth Ann: Please tell us about yourself.

Amy: I’m married and fortunate enough to be able to stay at home with our two children, now 16 and 13. My husband and I are trying to enjoy every minute with them, especially since they’re going to be gone soon! In my life B.C. (before children) I did bench science research and taught anatomy and physiology at an undergraduate level.You can find my website at http://www.amydeardon.com  and my blog at http://amydeardon.blogspot.com


Ruth Ann: And now that we’ve met you, we’d love to hear about A Lever Long Enough.

Amy: Here’s the summary: In the near future, the Israeli military has developed a prototypic time machine. When believers in Yeshua (Jesus) create a politically explosive situation that threatens the balance of peace between Israel and nearby countries, the Israelis must send a team of four elite soldiers back to film the theft of Jesus’ body from the tomb and thus disprove Christianity. The team, consisting of a Special Forces soldier as leader (Benjamin), an ex-American astronaut as engineering specialist (Sara), an archaeologist, and a linguist, has exactly seventy-two hours to collect the video evidence. Drawn into a web of first century deception and death, the only way to escape is for the team to change the past. In the present, a traitor, Gideon, attempts to sabotage the mission and seize control of the military complex. Benjamin is the only one who can reveal him, but he is trapped two thousand years away. Even with a time machine, time is running out…

My secret weapon for making sure first century Jerusalem was portrayed accurately was a gentleman who was a researcher at Holy Land in Orlando Florida. When the manuscript was almost ready to go, he kindly read it through and helped me get the very picky details and descriptions of first century Jerusalem right. (I hope, anyway J ) Thanks, Michael!

Ruth Ann: Did you have any particular Bible verses running through your mind as you wrote?


Amy: Yes. Paul writes, “And if Christ has not been raised, our preaching is useless and so is your faith. More than that, we are then found to be false witnesses about God, for we have testified about God that he raised Christ from the dead… And if Christ has not been raised, your faith is futile; you are still in your sins… If only for this life we have hope in Christ, we are to be pitied more than all men.” 1 Corinthians 15: 14, 15, 17, 19 (NIV)

Ruth Ann: What do you hope your readers will take away from your book?

Amy: First of all, while reading Lever I want the reader to have an exciting, fun ride! Many people have told me that the short chapters enticed them to read “just one more” until it was one in the morning – music to an author’s ears.

But more importantly, I hope and pray that the vital issue of whether Jesus’ resurrection historically happened, and therefore who He was, will stay with the reader. Lever presents the arguments for and against the resurrection, and demonstrates (I hope) that belief in the resurrection is the best explanation for the facts. I wrote this book to the skeptic I used to be (i.e. without Christian-speak), and wonder if believers might find this a useful tool to open discussion of Jesus with a nonbelieving friend, relative, or co-worker.

Ruth Ann:  Where is A Lever Long Enough available for purchase?

Amy: Autographed copies are available from the publisher at www.taegais.com. Lever is also available at online bookstores such as amazon.com in the US and internationally.

Ruth Ann:  I’d love to read more about Sara. Are you planning to write more books about her?

Amy: All of my characters have a part of me in them, but I have to admit Sara is closest to my heart. In many ways her faith journey parallels my own (without the time machine, of course J). Sara is a quiet and serious worker who hides much beneath the surface.

The prequel I’m planning, Nest Among the Stars, describes in a peripheral way the development of the Israeli time machine, and also why Sara (an astrophysicist) makes aliyah to Israel to train for the time-travel FlashBack team.

Here’s the summary: When the European Space Agency wants to partner with the United States to build a lucrative new space station balanced between the earth and the moon, the Americans invite them to join in their next mission.  But the American astronauts – the commander pilot, his twin sister an astrophysicist, and a paraplegic physician  – discover in space that the two European payload specialists are not who they seem to be, and at least one may be a spy intent on sabotaging the mission.  With dark plans afoot, the astrophysicist makes an even more terrifying discovery: an asteroid is being guided by a hidden enemy to destroy the United States.  There is no weapon that can deflect or destroy the asteroid except, perhaps, a strange Israeli satellite that seems to bend time and space.  But using this satellite may prove to cause an even worse disaster than the one it is preventing...

The research for this one is killing me! I’ve put Nest on hold for a bit while I develop my Story Template.

Ruth Ann: I know that you are busy with an exciting new project. Please tell our readers about it.

Amy: The Story Template describes a story algorithm I’ve developed to allow a writer to develop a resonant, compelling inner/outer story (novel or screenplay) from the germ of an idea. This is information I’ve put together through my own studies, then refined through story-coaching multiple students, and I’m excited about it because this method of story development truly seems to work! It is not a formula, more like a description of proportions and guidelines that work with any genre, since I’m a great believer in the uniqueness of the artist’s vision.

Ruth Ann has read a lot of it, so she can tell you what she thinks.

I’m currently writing up my findings into a book and an ebook, and also have started developing software that I hope can be released before too long. There is a sample tutorial on my website under “resources,” if you’d like to take a look. And if you’re interested in my letting you know when I have more stuff available, just drop me an e-note on the website contact form – I’d love to hear from you!

Ruth Ann: I think The Story Template is a wonderful and innovative tool for developing an idea into a fully fledged novel.  I’ve had the privilege of putting some of the ideas and concepts into practice and they’ve added much depth to my plot and characters. I’m thrilled to hear that you’re developing software as well.

Do you enjoy reading books set in foreign countries?

Amy: Definitely! Part of the fun of reading a novel is learning about different places and imagining what life is like. I’d love to see even more international novels, and happily sense that this is trending up in the pubbing world.

Ruth Ann: If you were given an all expenses paid holiday anywhere in the world to research a novel, where would you choose to go?

Amy: Well, the prequel for Lever is set on the space station, so I’d love to go there ...

Back to Earth, for researching my prequel, a visit to Johnson Space Station in Houston and/or Kennedy Space Station in Cape Canaveral would truly be a dream, especially if I could observe astronaut training and interview a Flight Controller and other people there.

For just a vacation, or even with some research thrown in, I’d also love to visit Israel.

Ruth Ann: Thank you, Amy. I hope that one day you get to visit a space station and Israel as well.

Amy: Thank you for letting me come by today, Ruth Ann!

Amy has kindly offered to give away a copy of A Lever Long Enough. To enter the draw for her book, please leave a comment before Saturday 16th January and tell us whereabouts in time you would like to go if time travel was possible. Please include your email address to be eligible for the draw. The winner will be announced on the blog on Sunday 17th January. International readers are welcome to enter.

Giveaway void where prohibited; the odds of winning depend on the number of entrants. Entering the giveaway is considered a confirmation of eligibility on behalf of the enterer in accord with these rules and any pertaining local/federal/international laws. 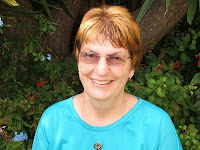 Ruth Ann Dell writes children's stories and international Christian fiction from her home in a sunny South African suburb. She is a member of several writing groups including the American Christian Fiction Writers and Writer's Ink. Her desire is to craft gripping stories to draw her readers into a closer relationship with God.

Ruth Ann and her husband have lived in several countries and are renovating a cottage in the heart of Ireland.

Find out more about Ruth Ann at www.ruthanndell.blogspot.com