The Story Behind The Story 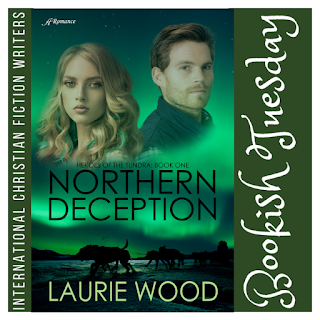 I decided to set my romantic suspense in a small sub-arctic Canadian town because polar bears are such a Canadian icon. And I had fun delving in to the research about Churchill, Manitoba, researching polar bears and the conservation efforts preserving their species.

But the other aspect of the “story behind the story” is how my two main characters changed and evolved as I experimented with the premise for the book. I was a police officer in the mid-1980’s and I read a lot of thrillers and police procedurals, so I started with a hero Royal Canadian Mounted Police Officer. I figured a “Mountie”, as we call them, (because it’s shorter), was also a Canadian icon and that might hook an editor or agent’s attention, so he would be a good bet for a hero. And I wrote a great character sketch–but I couldn’t “see” him. I like to search Pinterest for interesting faces for my heroes and heroines but I wasn’t getting a bead on this guy. He felt hollow, and for whatever reason, wasn’t coming “alive” for me.
As for my heroine, I saw her jumping up from a restaurant meal and walking out–running out–from the hero after her proposed to her. And I thought, what would make a woman do that? At that point, I didn’t have her as a polar bear scientist. She was beautiful, but that was all I knew about her. I found this photo on Pinterest, no credit given, and my imagination ran away with me. I dug into the heroine’s background and came up with the “WHY” of her painful story. Why would she run out on a marriage proposal from a man she was in love with? 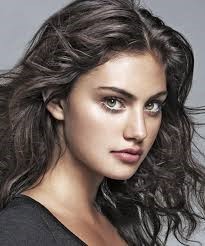 Once I’d written her background story the “WHO” of the hero transformed.
He wasn’t a police officer anymore. He became a spoiled rich kid who’d had every advantage in life. A lifelong Christian who’d been raised with all the answers to life from the outside looking in but hadn’t tested those “answers” until real life hit him in the face. And his family wasn’t perfect either. He “fell” in to his profession, rather than being a career guy.
I searched Pinterest till I found actor Paul Walker who starred in the “Fast and the Furious” movie franchise before his untimely death at the age of 40. And suddenly, I had my “face” to go with Lukas Tanner. He became the first “boy next door” hero I’ve ever written. 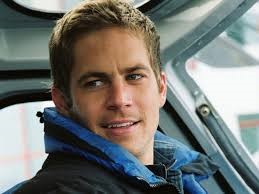 Remember that heroes come in all shapes and sizes. They’re not all alpha males who carry guns and can fight off three bad guys at once. Real heroes are the guys who learn from their mistakes. Who fall down and get up again even if they fall more than once. Who lose more than their possessions and start over and over again. Real heroes can take care of a sick child in the night and still get up and go to work at 7 a.m.
So, why did my heroine not want to marry this guy in the first place? Well, you’ll have to read the story to find out. She has her reasons: fear, shame, a huge secret. Even in our society, we have a “class” system. She didn’t come from wealth. And when she ends up with something in her possession, that other people are willing to kill her for, things take a dark and dangerous turn.
I hope you’ll enjoy reading Northern Deception. I trust I’ve written a tight love story with enough suspense to keep you turning the pages and also give you a taste of Canada’s far north in the middle of polar bear season. It’s been my pleasure to share this Canadian romantic suspense with you.

Laurie Wood is a military wife who’s lived across Canada and visited six of its ten provinces. She and her husband have raised two wonderful children with Down Syndrome to adulthood, and their son and daughter are a wonderful blessing to their lives. Over the years, Laurie’s books have finaled in prestigious contests such as the Daphne du Maurier (twice), the TARA, the Jasmine, and the Genesis. Her family lives in central Canada with a menagerie of rescue dogs and cats. If the house were bigger, no doubt they’d have more.