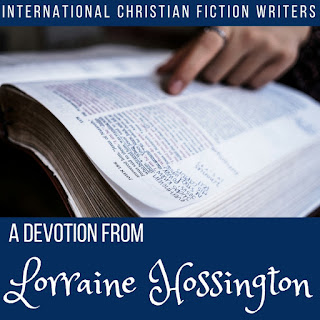 When God asks us to be obedient it’s not always the easiest thing for us to do. Even when he asks us to do something small it can be a bit of a challenge.

A few years ago I went into a store and bought myself two small bags of chocolates. When I came outside I saw a homeless lady sitting and begging for money. So, bought her a coffee and some sandwiches and had a chat with her. As I walked across the street into another shop a small voice whispered in my Spirit and it said. Go and give the lady a bag of chocolates.

Now the problem was that I had plans for those chocolates, such as when they were going to be eaten over the weekend and what movie to watch whilst eating them. Instead of obeying straight away and doing as the Spirit told me, I hesitated and kept walking up and down in this shop trying to fight what I was being asked to do. At one point the security guard was looking at me very suspiciously! Finally I gave in and went and gave the chocolates to the lady. Immediately I felt at peace. This is a small example of obedience, sometimes we are asked to much bigger things.

1 Samuel:1 10-11 (NIV)
In bitterness of soul Hannah wept much and prayed to the Lord. And made a vow, saying “O Lord Almighty, if you will look upon your servant’s misery and remember me, and not forget your servant but give her a son, then I will give him to the Lord all the days of his life, and no razor will ever be used on his head”
This is a powerful prayer and God remembered Hannah, and she became pregnant. Can you imagine how happy she must have been to hold her son in her arms? The joy of finally being a mother after being barren for so long. Yet she knew that when Samuel had been weaned he would be given back to God.

1 Samuel 1:27-28(NIV)
“I prayed for this child, and the Lord has granted me what I asked of him. So now I give him to the Lord. For his whole life he will be given over to the Lord.” And he worshiped the Lord there.
Hannah kept her word to God and being obedient gave Samuel to the Lord. God blessed her by giving her three sons and two daughters.

God had a plan and through a woman willing to consecrate her first born to the Lord it would come to completion. Samuel would become a prophet and through him God would speak to his people. Then eventually David would be anointed as king, a shepherd boy who would defeat Goliath with a sling and a stone. Who would go on to write the psalms and become known as “as a man after God’s own heart.”

And by being obedient God can use us if we are willing to allow him to work through us. We might not see the results of our obedience straight away, and sometimes it can be difficult to say yes to what he wants us to do. Yet each time we say YES to what the Lord wants we are allowing him to work out the plan he has in mind for our lives.

All of this happened because a woman prayed for a child and in obedience gave him over to God for the whole of his life. 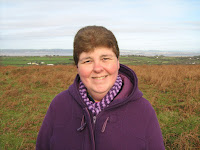 Lorraine Hossington lives in the Gower Peninsular in Wales. She writes contemporary Christian Fiction. And loves nature and being able to see the wild ponies and sheep on the hills in the area she lives in. As she used to live in the city, but loves where God has put her in the country.
Twitter @lorrainehossing Facebook Lorraine Hossington
Posted by Ausjenny