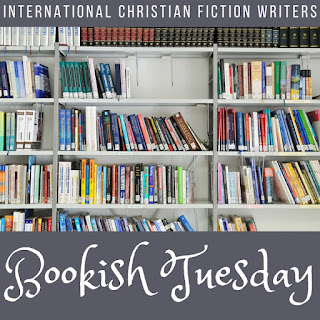 Heart of the Mountain, the first novella in the Under the Mountain series started out as a short story exploring the ideas of an underground realm deep beneath the mountains. It was a realm that had shut itself off from the outside world for over two hundred years. Over time, things begin failing, but the people have all but forgotten that there is life beyond their tunnels - until a young stranger, a shapeshifter,  arrives and begins stirring things up.

In Heart of the Mountain, Blood Crystal - and the prequel, Shadows of the Deep, I enjoyed exploring what it would be like to live totally underground, how it would affect the society, how they would find food, what things they would value. And when the taboo to leave the caverns is finally broken by two brave youngwuns, how things that are familiar to us would appear to them, things we might take for granted. Like the stars, moons (two in this world) and sun. Like the openness of the sky and the unpredictability of the weather. Like the swings in temperature from hot to freezing. 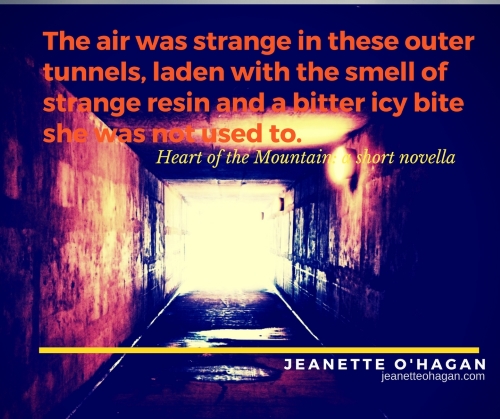 In Stone of the Sea, the story ranges wider and, in part, explores another 'deep' - the ocean. I'd recently written Before the Wind (in Ruhanna's Flight and Other Stories) in which the winds, the waves, the ocean are integral to the plot. When the Bible speaks of the Deep (Tehom, the abyss), it refers mostly to the deep ocean and to the waters of creation. In many ways, the ocean is the most untamed space on earth (and Nardva - the imaginary world on which my stories are set), yet even such a seemingly chaotic force is under God's control (e.g. Ex 15:8).

The final 'deep' in the Under the Mountain series, is the human heart. The people under the mountain find themselves in a desperate circumstances. There are different ideas about how their problems may be solved and who should pay the cost. Ultimately, the stories are about who we should trust (the Maker or the Dark Ones or some other force), what (or who) we are prepared to sacrifice to cling to life, and who we become by the choices we make.  This is explored even further in the remaining two novellas - Shadow Crystals and Caverns of the Deep.

The Under the Mountain series have young protagonists - I won't say teen because they come from longer-living races and age differently - but adolescents. Yet the challenges they face, the decisions they have to make have, I think, relevance to us all. I write for the general market, yet God's love and grace and providence is like a scarlet thread woven through the pattern of everything I write.

I hope you take the opportunity to read this series. Commenting on this post and the October new releases post, gives you a chance of winning one of the books in the series.  And for the next two weeks,  Heart of the Mountain and Blood Crystal ebooks are on special at 99c USD, to give readers a chance to catch up with the latest release Stone of the Sea. 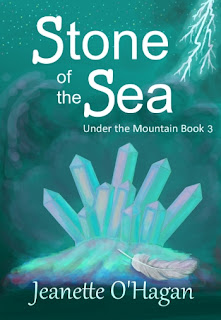 A desperate journey into the unknown
Food is scarce, the Glittering realms in chaos and solutions fast disappearing. Twins Delvina and Retza have always stood shoulder to shoulder. Will new challenges pull the twins apart? Will they, and their shapeshifter friend, Zadeki, find food before the people under the mountain starve?
Join Delvina, Retza and Zadeki as once again they face their fears and rescue a realm. Stone of the Sea is the third novella in the Under the Mountain Series.

Jeanette O'Hagan is giving away a copy of your choice of Heart of the Mountain or Blood Crystal or Stone of the Sea (the first two are available as both print and ebooks, Stone of the Sea as ebook).
To enter the giveaway, please leave a comment on this post and/or October 2018 New Releases post. Receive two entries in the drawing by commenting on both posts.  Entry will open for a week (until midnight Monday, 5 November), with the winner to be announced in a comment on both blog posts.
Available at Amazon.com 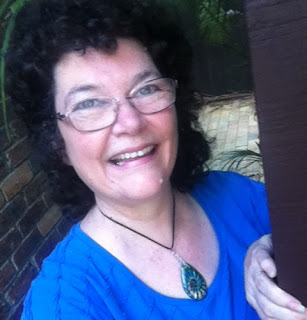 Jeanette started spinning tales in the world of Nardva at the age of eight or nine. She enjoys writing secondary world fiction, poetry, blogging and editing. Her Nardvan stories span continents, time and cultures. They involve a mixture of courtly intrigue, adventure, romance and/or shapeshifters and magic users. She has published numerous short stories, poems, two novellas and her debut novel, Akrad's Children and Ruhanna's Flight and other stories.

Her latest release, Stone of the Sea, is currently on preorder for 31 October release. Also available on other retailers.

To keep up to date with latest news and blogs, sign-up to her newsletter - and receive the short story Ruhanna's Flight.

Email ThisBlogThis!Share to TwitterShare to FacebookShare to Pinterest
Labels: Blood Crystal, Heart of the Mountain, Jeanette O'Hagan, Nardva, Ruhanna's Flight and other stories, Stone of the Sea, Under the Mountain series