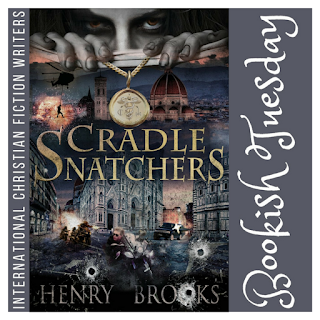 From time to time I have the opportunity to participate in the creation of quality Christian literature by being a beta reader for a colleague or editing for a client. One such book was Cradle Snatchers, the latest in British author Henry Brooks’ Will Houston mystery series and definitely his best so far. Brooks is an enthusiastic young father with seemingly boundless energy and creativity. He has a sharp mind and is eager to use story to communicate ideas he feels very passionate about. I’m usually pretty impatient with agenda-driven fiction even when I agree with the agenda, but in Cradle Snatchers Brooks has given us fast-paced action and laugh-out-loud characters that slam home his human-life agenda with gut-punching force.

It is difficult to talk about this book without giving away a bit of the plot so *spoiler alert* the theme is abortion in the UK and the world. Early on a young woman has a seizure while burying an infant corpse in Hyde Park—with a clump of daffodil bulbs. “We don’t plant daffodil bulbs,” says the park maintenance man. I will never look at daffodils the same again. In Cradle Snatchers the daffodils that blanket Hyde Park and beyond represent more than six million abortions to date. Brooks draws readers in with horror and righteous anger over dead babies and then points a finger like the prophet Nathan: Thou art the man! In the end, he will floor you with the facts and the heart-stopping decadence of modern society. He puts a human face on what his character calls “the defining issue of the age”.

Brooks is a Brit. He is not writing to American sensibilities. There is language in this book. There is violence. The characters drink alcohol. Catholic/Protestant animosities play a part, and for a while it almost sounds like Dan Brown’s anti-Catholic DaVinci Code, but nothing is inappropriate to the context, and the story packs a punch. I think this book will find an audience in the pro-life community and among teens, especially older boys. I am proud to have had a part in producing it.

I recently interviewed Brooks on the writing of Cradle Snatchers.

LH: Why did you choose a mystery story instead of non-fiction to present your case?

HB: Jesus rarely taught except that he used a parable, a story. Narrative seems to switch something on in our brains and hold our attention better. There are so many excellent books dealing with this debate, but I know teens are not going to read them, so this was my offering for them.

LH: You obviously have a passion for the subject. Have you ever been tempted to behave like your character Gabriel to shake sense into your opponents?

HB: Well, this is very difficult, isn't it? Anger and grief is the correct response and the Bible is not against anger per se, but how we express that is the real question before us. In the Batman Dark Knight movie, the righteous Harvey Dent allowed grief and anger to turn him into the same type of monster he had set out to fight. A lot of my own fiction deals with this. The lessons and tragedies of church history are before us. You cannot fight fire with fire. Jesus could not be clearer on this point: if you live by the sword you will die by it. It is a lot 'easier' and takes considerably less courage to blow up an abortion clinic, than to adopt unwanted children. Christians need to pioneer new, prophetic models of social service, and not just point a self-righteous finger. This debate is almost too polarised and toxic for dialogue, people need to see the Gospel principle in action.

LH: You link issues like abortion and euthanasia, health care and women’s rights. In the book, you make a point of sticking to non-religious arguments. How do you believe these issues are related in the gospel?

HB: This is very simple to answer. It was the same issue at stake in Nazi Germany and the Communist Gulag. And the same issue at stake in the LGBT issue. It is the issue of anthropology—are we made in the image of God or not? If not, then we have no leg to stand on. But if the Imageo Dei is the foundation of human existence, then Christians have the awesome responsibility of saving their post-Christian societies from the catastrophic course on which it has embarked. I cannot state this strongly enough. The Imageo Dei is the bedrock of a free society. We were given a glimpse in the twentieth century of where the materialist view of humanity would take us, but we have not listened. C. S. Lewis' lectures called The Abolition of Man should be read by anyone who thinks I am exaggerating.

LH: What suggested daffodils to you?

HB: We believe in the resurrection, thank God! Not one child aborted will ultimately be missing on that great day. Daffodils are a reminder each year at Easter time that God is faithful and that he has not, and will not, abandon his creation.

LH: What do you have planned next for Will Houston?

HB: There is a fourth book called The Student Jihad which I wrote ten years ago. It deals with issues relating to Islam and Christianity, which is a real button issue in the UK right now. I started to get it ready to send to an editor recently but got bogged down with so many other things that it will have to wait at least 12 months.

LH: I hope we will see some of the same characters we met in Cradle Snatchers who lent humor to an otherwise heavy topic. All the best to you on your current project! 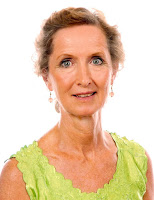 LeAnne Hardy has lived in six countries on four continents as a writer and missionary librarian. Her plots and settings are inspired by these diverse locations. She currently writes and does freelance editing from a lake in the Northwoods of Wisconsin where she and her husband enjoy visitors, especially grandchildren.
Posted by Ausjenny