The Brine of Bitterness 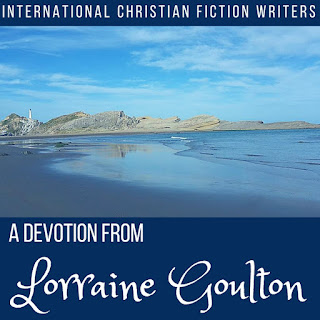 Many years ago, I lost a very close friendship due to a misunderstanding that occurred between us. Although I tried, I was not able to build a bridge to her ever again. I was stunned at her response but I know its not about her response. Its about mine. I just felt sad. Sad that she was choosing that response. Sad she allowed this misunderstanding to break up a lovely friendship.  I wonder if she ever forgave me or whether it still stings when she thinks of me? 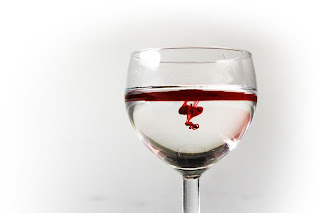 To be completely honest, I too have drunk at the fount of bitterness from time to time, drinking brine; bringing up in my mind all those things I hold against people. Sometimes I'm only at the fount for a short time, but I'm ashamed to admit that sometimes I'm a bit like Herodias. I am guilty of nursing that "thing." What about you? How long was your longest stay? Looking back, was it worth it?

Herodias had an axe to grind in Mark 6 verse 19. Actually, it was more of an Executioners Sword. She didn't take kindly to what John the Baptist had to say about her being Herods's wife and she wanted to kill him. Such was her desire to kill him that Herod her husband had John the Baptist arrested, bound and imprisoned. I have a feeling she may have been drinking the brine of bitterness...

Having been a nursing mother; way back when my four daughters were babies, nursing  (breastfeeding) was a full time job.  I demand fed and sometimes it seemed the baby of the day  was permanently latched at a nipple. Some days it seemed I couldn't do anything else because baby needed to be fed ALL the time. The beauty was you knew it was a good thing to do for you and baby. I cant say the same for grudges.

The perils of nursing a grudge

Carrying that grudge all day and all night long. Feeding it. Stroking it.  Stoking up the fire of that grudge. Defending that grudge. Adding in the ninety parts unforgiveness and hatred. How exhausting! But this is what Herodias did ... And we do it too! Don't we? Go on. Be honest! We take the bait and we nibble on it and the offense grow and grows.

Offense - The Bait of Satan

John Bevere wrote a book called The Bait of Satan which talks about the power of an offense to be the veritable bait of satan. Here we see Herodias  captivated by the ever seductive self righteous elixer of bitterness. Addictive at best and self protective at worst.

The tempting allure from the couldron of contempt, misunderstanding and offense provide the perfect conditions for the idol of Herodias's self to be placated. The brine would do its deadly work.. if she waited long enough. She nursed that grudge for- who knows how long -but the moment came when she had drained the dregs of the last drop of this imaginary and invisible brine. Except that drinking the brine of bitterness will be deadly.. for someone.

Verse 21 The opportune time came. A banquet was held for King Herod's Birthday. Herodias's daughter performed a pleasing dance to King Herod and his dinner guests. King Herod who was protecting John and looking after him in the prison was so enthralled with her dance that he offered her anything at all up to half of his estate. The daughter went straight to her Mother to ask her what she should ask for.


The fact that Herodias  told her daughter INSTANTLY what to ask for, may indicate that this grudge nursing thing was about to pay off ! To save face, King Herod was under oath to deliver!

Who is watching you?


Hebrews 12 v15 reads: See to it that no one MISSES the grace of God and that no BITTER ROOT grows up to cause trouble and defile many.


We could speculate Herodias's choice to model hatred of John the Baptist to her daughter likely had far reaching consequences to her daughter and her daughter's lineage. This dancing daughter valued her Mothers opinion and when it counted most, her Mother taught her how to treat people who upset you. Off with their heads!

Titus 3 vs 3 At one time, we too were foolish, disobedient, deceived and enslaved by all kinds of passions and pleasures. We lived in malice and envy,being hated and hating one another. But when the kindness of and love of God appeared, v5 he saved us, not because of righteous things we have done, but because of his mercy. He saved us through the washing of rebirth and renewal by the Holy Spirit,whom he poured out on us generously through Jesus Christ our Saviour v7 so that, having been justified by his grace, we night become heirs having the hope of eternal life.


This verse speaks the truth of our human condition  BUT  it also speaks more about the love of God and what the death of Jesus purchased for us and achieves for us- in an ongoing way. It speaks to all of us that have been brine drinkers and the occasional imbibers.

Jesus is after our hearts. He wants us to take steps towards Him when we believe we have missed the mark. The good news is that He accepts us even in our spiritual immaturity. What can you do to ensure you do some regular spiritual weeding and pull out any bitter roots? Can you believe that you are called Beloved - even at your worst? Can you appreciate that we are required to forgive ourselves? This can be very difficult to do but vital for us to do in order to move on to be the Heirs that we literally are. 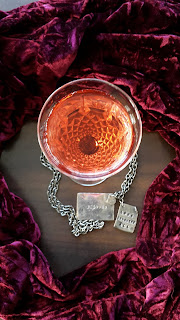 The Cup of Wrath

Jesus prayed TWICE in Gethsemene- the night before he was crucified Matthew 26 v 39 Going a little farther, he fell with his face to the ground and prayed, "My Father, if it is possible, may this cup be taken from me. Yet not as I will,but as you will." And again in vs 42. He went away a second time and prayed, "My Father, if it is not possible for this cup to be taken away unless I drink it, may your will be done." 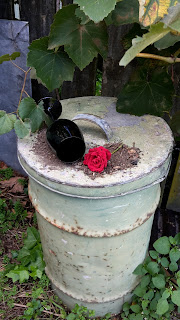 I have heard this "cup" likened to a cup full of the rubbish of every mans sin from the beginning of time; pulverised with the dirt  and filth of every vile, wicked and sinful thought, word and deed of mankind. My understanding is that the cup of which Jesus speaks here is about the act of crucifixion-taking on the sin of the world.

I am more than grateful that I came to the fount of Jesus and asked for His cleansing- in exchange for the brine of bitterness.  For now, Im fresh out of brine and if I find some I think I will pour it down the toilet. I suggest you do the same. It's deadly stuff.

We can now  drink from the Cup of the New Covenant

Matthew 26 v 27: Then he took the cup gave thanks and offered it to them, saying, "Drink from it, all of you.v 28: This is my blood of the covenant, which is poured out for many for the forgiveness of sins 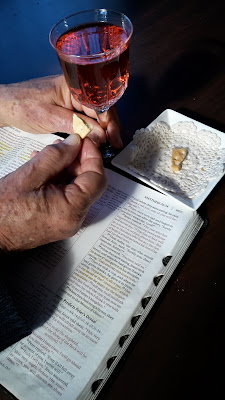 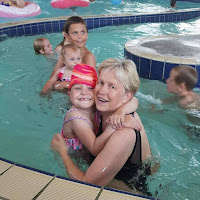 Lorraine Goulton is a budding writer from Masterton, North Island New Zealand. Happily married to husband Colin, she works four days a week as a Registered Nurse. Between them, they have seven daughters and thirteen grandchildren.

Lorraine loves baking treats for grandchildren and working on a book about Our Identity in Christ. For the most part, Lorraine is ignoring the fact that her 60th birthday has been and gone and is adopting the motto "If you don't write now, when are you going to!"

You will find her on Facebook (scrolling) but when she gets her act together, she will get her website up and running.
Posted by Lorraine Goulton