Three Things I Learned In My Debut Year - Kara Isaac

For me, 2016 was a crazy year for all the right reasons. My debut and sophomore novels released in April and October and then the most important release of all occurred in December when our family welcomed this little guy... 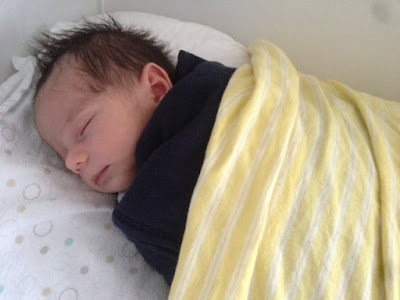 Since I'm in the middle of broken nights and unpredictable days and not exactly at my intellectual prime I thought I would quickly share with you three things (in no particular order and not even necessarily the three most important!) that I learnt in the year that my first two books released.

Put the phone down. Because of the time difference between New Zealand and the US when I wake up in the morning it's already well into the afternoon in the US. Many mornings I would find myself reaching for my phone before I'd even properly opened my eyes seized by the fear that something really important might have happened while I was sleeping. The truth is that 99.99% of the time my email and social media feeds were filled with nothing that needed my immediate attention but once I was in them I couldn't resist liking this, or retweeting that, or replying to a non urgent email. The effect was that I started the day already feeling like a hamster on the social media/IT wheel rather than enjoying breakfast with my family or even a few minutes of quiet time. Even if there was something "important" it was never anything that it couldn't wait a little longer. Now I leave my phone downstairs overnight so that I'm not even tempted by it first thing in the morning.

Sales numbers are not a reflection of your worth. Because of the way the reporting cycle of my publisher works I still have no idea what the sales figures across all channels for my books are. I can tell you that I have neither (a) landed on any bestseller list or (b) have my publisher falling over themselves to write me a check for another contract so they definitely haven't been breaking any sales records! As a writer when your pour your heart and soul into your books and also into the pursuit of the publishing dream it's easy to let how your books do (or don't) sell define you. The truth is that we could all name books that aren't worth the paper they're printed on that have sold enough copies for their author to wallpaper their house in cash while other brilliant works of literature languish undiscovered by the general public. The first little while after Close To You released I watched my Amazon sales ranking obsessively, as if maybe by sheer force of will I could send it skyrocketing. The only thing that went up was my blood pressure. Eventually I managed to embrace in reality what I already knew in theory. How well my books do is up to God but there is no correlation between that and my value as either an author or a person.

Appreciate and celebrate the "little" things. Authors have big dreams, that's how we've survived the rejection and setbacks that come with chasing them. Bestseller lists. A final in a prestigious contest. A top pick or starred review from a well respected industry source. It's easy to be caught in the hope of them that you forget to pause to appreciate the small things. An email from a reader who loved your book. Seeing your book in a bookstore for the first time. The first time you write a scene in a new project that has a little bit of magic on the page on the page. The truth is that, for most of us, the big things may never happen. Finding contentment in the "little" things sets us up for success no matter what happens. 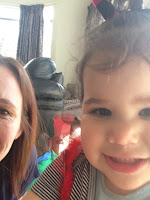 Kara Isaac lives in Wellington, New Zealand. Her debut romantic comedy, Close To You, is about a disillusioned academic-turned-tour-guide and an entrepreneur who knows nothing about Tolkien who fall in love on a Tolkien themed tour of New Zealand. When she's not chasing three adorable but spirited little people, she spends her time writing horribly bad first drafts and wishing you could get Double Stuf Oreos in New Zealand. She loves to connnect on her website, on Facebook at Kara Isaac - Author and Twitter @KaraIsaac
Posted by Kara Isaac