We’ve been needing to upgrade for ages, as our four children are only getting bigger and couldn’t fit in the third row too well, and our previous 4WD – though it had a great engine, enabling smug smiles as we sailed past less grunty beasts - was over 12 years old.

I should have been thrilled, driving it from the New Car lot. And I was excited. Except…

The New Car doesn’t have a CD player.


Now, I know most people entered the 21st Century long before me and have been using MP3s and Bluetooth and Apple Play for ages, but I’m a little technologically averse. I write Regency-era fiction, stories set in Jane Austen’s day (my debut novel releases at the end of this month!).

It hurts my brain to try to deal with too much technical stuff. I like old things, vintage clothes, reading – and listening to - historical fiction. In the past few years I’ve built up a reasonable collection of Georgette Heyer and Jane Austen audiobooks. On CD. And now we have a New Car (!). With no CD player. 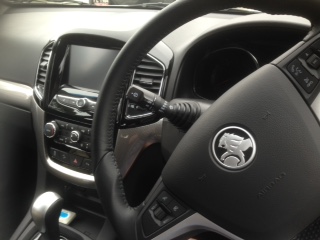 I don’t know how many hours I spent trying to download the CDs to my computer, renaming tracks, putting it on my USB, only to put the USB in the New Car to find it didn’t read it. Then I spent hours trying to figure out how to reformat the USB then redo the song formatting so it met their standards. Only to find it played the songs out of order. I later found out this was nothing new (yay, Apple!), but you can imagine the frustration.

I wanted to enjoy my New Car. But I was stuck on this one thing. I couldn’t play my audiobooks. (Later, much later, I finally conceded and transferred the audiobooks to my phone – that’s a whole other story!)

My point is this: how easy is it to be blind to the blessings by focusing on the one thing deemed non-blessing.


How easy is it to stress and forget God’s past deliverance and promises for the future by letting something minor become too major.

I have some friends who have taken on the gratitude challenge, finding things to be thankful for each day. I’ve enjoyed seeing their posts as it reminds me to do the same. To pause and reflect. To appreciate God’s goodness. To be thankful.

So I’ll be thankful. I do so appreciate my New Car.


I appreciate God for the right sale happening at the right time when we could justify it - I know new cars won’t happen frequently in our lives. I appreciate the gadgets, the extra leg space, the lack of clunk as we round corners, the door that closes properly instead of catching on trim, the shiny gleam (that won’t last in Aussie Summer dust!), the ability to call my husband’s phone without having to lift a finger.

And I appreciate the lessons learned. I’ve learned a lot about what NOT to do on my Mac. I appreciate the opportunity to clear out hard drive-sucking apps and junk. I also have fresh appreciation for those who DO know about this technical technology. God bless them!

And God bless us, as we focus on Him and His word, counting our blessings – naming them one by one, if necessary! – as we live in His grace, surprised and filled with gratitude for what the Lord has done. 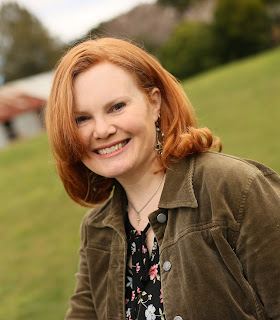 Carolyn Miller lives in the beautiful Southern Highlands of New South Wales, Australia, with her husband and four children. A longtime lover of romance, especially that of the Regency era, Carolyn holds a BA in English Literature, and loves drawing readers into fictional worlds that show the truth of God’s grace in our lives. She is represented by Tamela Hancock Murray of the Steve Laube Agency. Her Regency novel 'The Elusive Miss Ellison' will be published in the US by Kregel in February 2017, and is available for pre-order on Amazon.com, CBD, Barnes & Noble and Book Depository