DEVOTION: He will bring it to pass ~ Ufuoma Daniella Ojo

For ye have need of patience, that, after ye have done the will of God, ye might receive the promise. Hebrews 10:36

We just celebrated Christmas Day and across the world a lot of parents have been going to Nativity plays to cheer on their little darlings. A very familiar, though slightly misleading part of the nativity is the three wise men. But as most of us are aware the Bible doesn’t say anything about the number of wise men. In fact I learnt recently that there may have been as many as 40 wise man, because in those days people tended to travel in large groups for safety.

These men were on a mission. They had traveled for about two years to find the King of the Jews. Despite Herod’s reception and not getting any direction or help from the palace, they were not deterred. They continued on their course. They kept their focus because they were looking for the King. And they didn’t stop until they found Him, in the unlikeliest setting.

The Bible is full of historical accounts of people having to wait for the fulfillment of a dream. One that I find encouraging is the story of Isaac and Rebekah. Genesis 25:20 tells us that Isaac was forty when he got married to Rebekah, and around this time he prayed to the Lord to give them a child. But it wasn’t until he was sixty that Rebekah gave birth to Esau and Jacob. Because this story is told in 7 verses, it’s easy to miss the fact that it took twenty years for Isaac’s prayers to be answered. How did they pass those twenty years? Patiently waiting? Complaining? We don’t know, but I don’t think they gave up on their desire. Especially since Isaac would have known about God’s promise to Abraham.

We live in a microwave world, where people expect to get results without much effort or time, but as we enter the last hours of 2016, take the time to think about the dreams and visions that God placed in your heart at the start of the year or maybe even years ago. Think about those dreams that have not yet come to fruition. Don’t give up. Keep doing what you know to do and trust the One who gave you the dream to bring it to pass. 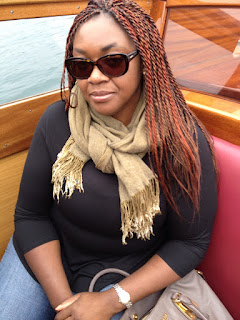