A Change in Ministry 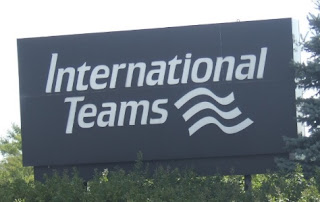 On a brisk spring evening in 2010, sitting around the dinner table in our home outside of Lyon, France, my husband and I listened as Scott Olson pronounced words to change our lives.

As the new president of our mission, International Teams, Scott and his wife, Jill, were traveling around Europe to meet with Iteams missionaries. Paul and I were thrilled to have them as our guests for dinner and the night. As is typical in France, I’d prepared several courses. The meal progressed slowly, with plenty of animated conversation about what God was doing in France. 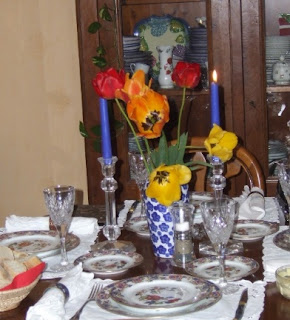 Somewhere in the midst of the meal, the phone rang.


I excused myself for a few minutes to talk with my mother who was calling from the States. By the time I got back to the table, Scott was proposing a new job for Paul and me. The more he talked about this job of ‘Pastors to Missionaries’, the more excited he got. And I had a pinching in my heart. The Spirit was speaking, and I knew the Lord had put us at the right place at the right time.

Years earlier, Paul had been offered a similar job of pastoring missionaries. At the time, our two sons were young teens. We sought counsel, prayed, looked to the Word and concluded that this job, although an ideal fit for Paul, came at the wrong season in our lives. In our hearts, we thought, “Come back in five or six years and ask us again.”

Now a new president who had no idea of that previous offer was indeed asking. Paul and I did what we’ve done every time the Spirit has surprised us with a twist in our ministry and life: after the initial knee-jerk reaction of ‘No! Too hard!’, we took time to pray, speak with wise counselors, and seek guidance in the Word. And this time, we said ‘yes’ to Scott’s offer. As empty nesters, I’d be able to travel with Paul in this pastoral role.

So a few months later, we embarked on the new job. Our home base remained in Lyon, but our ‘territory’ included from Ireland to Ukraine. We traveled to 13 different countries, interacting with workers on 25 different teams. 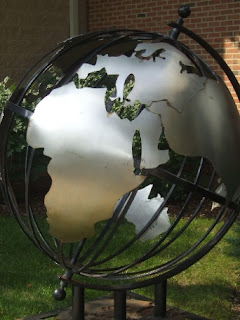 Suddenly, I was seeing ‘up close and personal’ ministries I had been hearing about at missions conferences for so many years. Our job was to listen, counsel, laugh and cry, pray and listen some more to these dear workers who were indeed pouring out their lives for the physically and spiritually oppressed: refugees, students, gypsies, trafficked woman, secular humanists, pilgrims, artists.

One ministry to refugees birthed outside of Vienna in the 80s had particularly stirred my heart. Now, in our pastoral role, we had the privilege of interacting with not only the International Teams workers but also the refugees. We heard stories of refugees fleeing persecution along what is called ‘The Refugee Highway’ and finding hope at a little ministry center called ‘The Oasis’ where believers served up coffee and Christ. 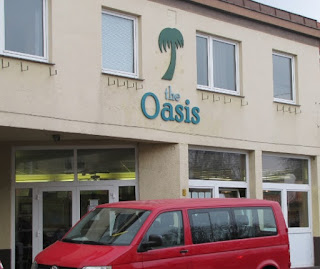 These displaced people, mostly young Muslim men, played chess and Uno with the missionaries and volunteers. Some watched the Jesus film in their own language. Others attended clandestine Bible studies. And a few left with Jesus in their hearts.

I’d been writing ‘recent historical inspirational fiction’ ever since I attended my first writers’ conference in 1994. Often my inspiration came from little known events in history that I’d learned about while living in France or from recent history in my beloved hometown of Atlanta. 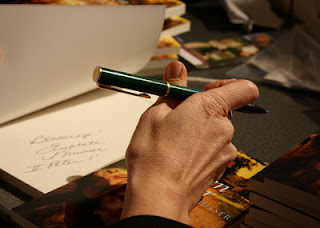 But now, hearing these current stories of refugees, learning of changed lives, and meeting some of these precious people, I felt a new inspiration. And so I began to pen a story that flowed out of the change in ministry the Spirit had nudged us into, a story called The Long Highway Home, fiction that is nevertheless based on so many true stories of refugees and missionaries and the Spirit of God at work. 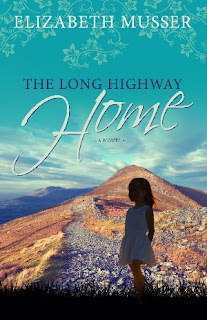 I’m so thankful for the way the Lord nudges us into new challenges. How do you respond to His nudges?

ELIZABETH MUSSER writes ‘entertainment with a soul’ from her writing chalet—tool shed outside Lyon, France. Elizabeth’s highly acclaimed, best-selling novel, The Swan House, was named one of Amazon’s Top Christian Books of the Year and one of Georgia’s Top Ten Novels of the Past 100 Years (Georgia Backroads, 2009). All of Elizabeth’s novels have been translated into multiple languages. Two Destinies, the final novel in The Secrets of the Cross trilogy, was a finalist for the 2013 Christy Award. The Long Highway Home is already a best-seller in Europe and will be available in English in early March, 2017.

For over twenty-five years, Elizabeth and her husband, Paul, have been involved in missions’ work in Europe with International Teams. The Mussers have two sons, a daughter-in-law and three grandchildren who all live way too far away in America. Find more about Elizabeth’s novels at www.elizabethmusser.com and on Facebook, Twitter, and Goodreads.
Posted by Iola