Story inspiration is to be found everywhere around us. As I was pondering what to blog about today, I was searching my Facebook page for a photograph of my dad. Skimming through some of the pictures I’ve uploaded to my Facebook profile, I was reminded of just how much of my life experiences and the people around me—my family, my friends—I’ve written into my stories. To mention a few, and I’m certain I haven’t listed everything in each book…

In my first novella, Helsinki Sunrise, I used my missionary 3D creative son as my muse, not only for my hero, Adam Carter—a missionary from Africa headed to Finland, just like my son had done—but also for my heroine, Eveliina Mikkola, who was a 3D Visual Effects Artist, as my son had been before he went into missions. The summer cottage we stayed in for ten days in the south-east of Finland became my storyworld, as did the blueberries we picked in the forest. Not forgetting the strawberries at the Helsinki market that made it into the last few pages. Hopefully in May 2017, we will visit my son who now lives in Helsinki. If we do, I will definitely pay a visit to my heart-shaped island on Lake Sahajärvi, some 20 minutes from where my son lives. 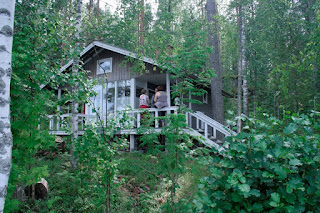 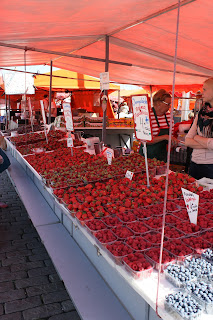 The idea for my Scottish/Australian opera singer heroine, Skye Hunter, in Glasgow Grace was inspired by my niece who lives in Melbourne, Australia. I couldn’t find a video of her singing opera, but here’s a link to one of her contemporary recordings, Talking to the Moon. If you follow the link, that’s her on the cover image. I wrote a scene in The Old Blacksmith’s Shop in Gretna Green in this story, a place my husband and I visited about twenty years ago.

Oslo Overtures was born from a line I heard on the radio one morning when the breakfast show host asked the question if women should be pilots. One woman phoned in and said, “No. If women were meant to fly, the skies would be pink.” That line, which I subsequently came to learn is commonly used, inspired my wingsuiter story set in Norway where the skies are often pink. Just do a Google search for Norway Pink Skies and see the beautiful images.

An elephant ride experience taken with hubby over a decade ago in Zambia on the banks of the Zambesi River formed the basis for a scene in my novella, Orphaned Hearts. 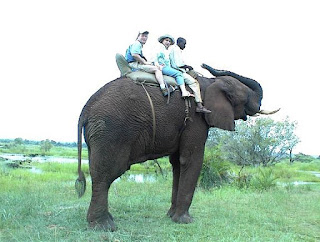 Part of The Other You was inspired by a magazine article I had read about a Stellenbosch wine farmer, Philip Jonker and the 2012 troubles in the Cape winelands. Not long after reading Philip’s story, my husband, son, and I visited his wine estate, Weltevrede—in the same family for over 100 years. I got to meet Philip and his wife—what amazing, godly people. I dedicated this book to them. I also used the wine cellar from another Stellenbosch wine estate as my storyworld for several scenes in the book. 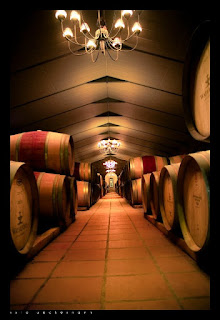 While in Finland two years ago, we visited Lapland. I used so many of my experiences there in my Christmas novella, Poles Apart. These included amongst many other things, meeting the ‘real’ Santa Clause in his home village of Rovaniemi, the clock and staircase to his office, and jumping into the avanto (ice hole). The little cottage we stayed in once again became my storyworld. Why reinvent the wheel, when you’ve seen the wheel, touched it, lived it? This cottage image became my back cover for my print edition. 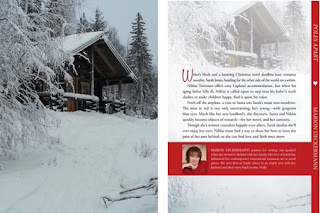 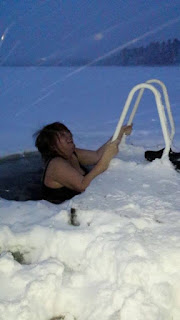 Spring’s Promise had graffiti similar to what we’d seen on the walls of the Shankill Road in Belfast, Northern Ireland making their way into the story.

I’ve three stories published so far in my Seven Suitors for Seven Sisters series. A Match for Magnolia is set in the beautiful Lake District in England, a place I fell in love with both times I visited. A Hero for Heather and A Husband for Holly take place in North Yorkshire, another place in England that stole my heart. I haven’t visited the two towns I set Heather and Holly’s stories in, Robin Hood’s Bay and Scarborough, but it’s on my to-do list for next year (an add on to the Finland trip I hope). In A Husband for Holly, my father was the inspiration behind the hero’s father, Douglas Steward, who suffered from Alzheimer’s.

My newest solo release, Melbourne Memories, drew on what I’d seen and done in Melbourne…a visit undertaken over a decade ago, too. Brighton Beach. Frankston Beach. The Yarra River. All places I saw, experienced, and enjoyed. There were so many other awesome places like the Great Ocean Road and the Twelve Apostles that couldn’t make it into this book. Hmm, I’ll definitely have to write another Australian novella.

Next month, Ginger & Brad’s House will release solo. Currently it’s in the sweet Frosting and Flurries box set.  Hubby and I had our first white Christmas in Finland two years ago. Little did I know when my son’s Finnish mother-in-law had me making my first gingerbread house (we did a manger scene)—a tradition I’ve vowed to continue every Christmas—that I’d write a novella using the making of a gingerbread house as a big part of the story. Ginger’s mother’s heart failure was taken from my own walk with my mom and her similar condition. And the Irish storyworld? The village, road, and house we lived in during our 18 month stay near Dublin, as well as the beautiful stone church we attended in a neighboring village.

But experiences and places visited have not been the only things to make it into my stories. I try to bring a family member’s name in, as well. I haven’t managed with all, but have with some.


What inspires you in your writing? Or your reading?

Before I go, l'd like to wish all ICFW bloggers and readers a blessed Christmas. In the flurry of tinsel and food and puddings and wrapping paper and gift making or buying, never forget the reason for the season...Jesus. May you experience Him in amazing ways this Christmas and in the coming year.

MARION UECKERMANN's passion for writing was sparked when she moved to Ireland with her family. Her love of travel has influenced her contemporary inspirational romances set in novel places. Marion and her husband again live in South Africa, but with two gorgeous grandsons hanging their hats at the house next door, their empty nest's no longer so empty.

If you’d like to receive information on new releases, cover reveals, and writing news, please sign up for my newsletter http://www.marionueckermann.net/subscribe/
My short story, Dancing in the Rain, will be sent free to new subscribers.
Posted by Marionu