The Moment I Realized Setting Can Make or Break a Story

I’m one of those people who skip over descriptions. Honest. I do it all the time. The author starts going on and on about what the weather is like, or how the house looks, or the beautiful painting, and I completely zone out. Well, unless it’s a whodunit and I suspect the author has a clue hidden somewhere in the verbiage. But even then, I’ll likely skim if the description goes on too long. So when I began writing I have to confess that I focused almost solely on the characters and then the plot.

Oh, I included a setting—you have to locate the story someplace—but it was vague at best.

For my first book, which was originally published by Moody Press, I used a mythical, very vague small town I called Wallace. Since I was raised in small prairie towns, it was easy to envision a small town somewhere in the US or Canada.

When I wrote the second book in the series, With Friends in Need, I realized that I needed a bit more information—like how many blocks did Glen have to walk to get to school, to his best friend’s house, or to the bank his dad managed? And what did he pass on the way? So I created this Bristol board map of Wallace. And I used this beauty for the next two in the series, too. For me, that was what setting was—the locations, large or small, I used in the story. 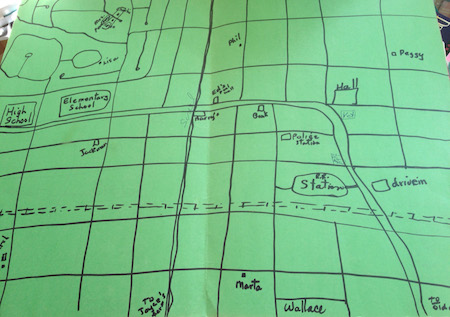 My first two mysteries (which are published under my alter ego, J.A. Menzies) weren’t much different. The ideas for the books actually began with settings: a Japanese garden in Vancouver and the Rogers Centre in Toronto. But I continued to write in what I call the “Talking Heads” style. Lots of dialogue and action, but very little description of any kind. After the second draft was complete, I’d go through and add bits of description here and there to help my readers see what I saw in my mind: both the characters and their setting.

Then one day I started on a fantasy chapter book for my eight-year-old granddaughter, who had requested a book for “her age.” As usual, I began with a vague “some other world “setting, and focused on the characters, the action, and the dialogue. I’d fill in the details later.

About a third of a way into the book, while writing a scene with my talking horse, who was going on a journey, I shook my head and stopped writing. This felt wrong. The talking horse thing has been done before, and I didn’t want to compete with C.S. Lewis. After due diligence, I decided I should have a camel. 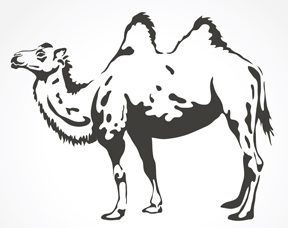 Since I don’t edit while I’m writing the first draft, I exchanged the word “camel” for “horse” in the sentence I was on and kept writing as if the animal had always been a camel. Except—I couldn’t just keep writing. In my mind, my horse had been trotting through a green valley with trees and grass and a river, but my camel was plodding through a hot desert, with an ocean of sand in every direction, and just a vague glimpse of distant hills.

And at that moment, it hit me how important the setting is to the story.

I still prefer to use only essential details, but although much of what I “know” about the setting never appears in my stories, I spend a lot of time creating my settings and determining how they relate to my characters before I outline my plot.

They say write “what you know” and I’ve always tried to start my writing with something I know about, and let my creativity flow from there. Now I’m also likely to begin with “where I know.”
I just finished writing a mystery novella called The Case of the Homeless Pup. The plot for this book begins on a path in Toronto’s Don Valley where I’ve walked a number of times. 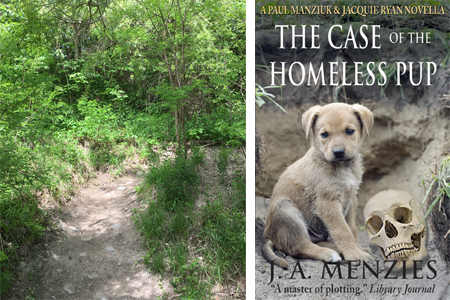 In my book, a jogger spots a puppy on the path ahead and follows it deep into the woods where he finds a human skull. The plot moves from there to a downtown area whose streets I’ve also walked. Readers who are familiar with my locations have told me they feel one of my characters might come around the next corner. I feel the same way. And I love that feeling! 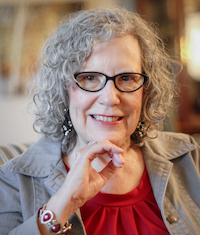 N.J. Lindquist is an award-winning author, speaker, and writing teacher who loves helping people become everything God created them to be. Her published work includes five YA coming-of-age novels, the Hot Apple Cider anthologies, and the Paul Manziuk and Jacquie Ryan Mysteries (as J.A. Menzies).

A former high school teacher and homeschooling pioneer, N.J. has been mentoring writers in both Canada and the United States since 1992.

The mother of four and grandmother of eight lives in Toronto, Ontario.