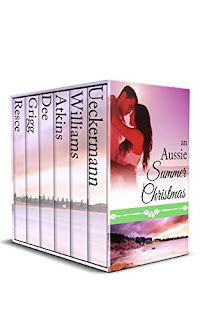 The Christmas season—as we call it in Australia—is always a favourite time of year for me. As a kid we would have the various school graduation services, Christmas parties, and end-of-year breakup parties all at one time. December was crazy. Living on the farm, it was also harvest time, and though it was getting hot, we would struggle to find someone to take us to the next town, where the district swimming pool was located. December is beach weather, but there was less chance of making it to the coast, an hour’s drive away.

Instead, we would spend that week before Christmas decorating the house, putting fake frost on the windows, watching Christmas movies that featured snow and sleds, and hanging Christmas lights that we couldn’t switch on until late because of the long summer days. I had no idea what Christmas in the cold must be like, with long dark nights, snow, fires and hot drinks. We had those images on our Christmas cards, and joined in with Bing as he sang ‘White Christmas’.

It was all part of the season.

The best part was Christmas Eve. We would go into town to the little church and sing those precious old carols, accompanied by my grandmother on the old pump organ. Then we’d go to the main street where the locals would gather to sing carols out the front of the shop. Santa would arrive on the back of a ute (that’s Aussie for truck), we’d all get an ice-block and lollies (candy/sweets), and then tie ourselves in knots of excitement waiting for Santa to come visit. Of course he would visit us in Australia first, as we are a good ten to fourteen hours ahead of other countries. (He’d drop into New Zealand first, of course.)

So when I was asked to be part of this Christmas box set that had an Aussie theme, I was excited to have the opportunity. Just as I’m not familiar with the white Christmas, I’m guessing there are a number of readers out there who would not be familiar with our warm, summer Christmas.

We also have a beach theme.

Luckily, I have had some experience with the beach since my childhood, so I’ve chosen one of the world’s most popular surf beaches—Torquay, Victoria.

In this set we have four Australian authors, and you will get a great mix. Two of the authors, Rose and Andrea, are from Queensland, a tropical region that is always warm and humid. One of the authors is from Canberra, the nation’s capital city. Canberra is nowhere near the coast, but Narelle has set her story in Sydney. I’m from the region known as the Flinders Ranges in South Australia, but I’ve set my story in Victoria.

Then, as part of the set, we have international authors, Lacy Williams and Marion Ueckermann. Lacy lives in Oklahoma (that’s a mile or two away from the Australian coast), and Marion lives in South Africa. I’ve read their Aussie stories, and felt they did a good job of representing those of us from Down Under.

During the proofing process I got to read each of the stories included in this set, and you are in for a treat: some engaging characters and great plot lines, with that added element of visiting Australia during the Christmas season. We don’t say ‘holiday season’ because we don’t celebrate Thanksgiving and Halloween. But we sure do celebrate Christmas and New Year. Barbeque, back-yard cricket, trips to the beach, and the odd case of sunburn.

Join us this holiday season, and take a trip Down Under. 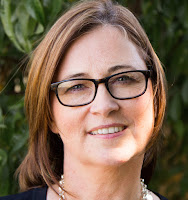 Her story, Falling for Maddie Grace, is set against the back drop of Australia’s number one spectator sport, Aussie Rules football. Maddie Grace, Australia’s first professional female umpire, gets caught up in an on field incident that sees her clash with a player, Zac Beecham. The accidental tangle brings about more than a trip to the hospital. The over-imaginative press decide there is a secret love affair between the two – a situation that, if true, compromises Maddie’s position and Zac’s reputation.

The other stories in the collection are:

Escaping his dangerous past, former British rock star Justin “The Phoenix” Taylor flees to Australia. Intrigued by the bearded stranger visiting her coffee shop, Ella Anderson decides to discover his secrets. But when Justin’s past collides with their future, Ella must decide whether they have a future at all.

Will Harris is proud of his no-complications life. So why is he drawn to his upstairs neighbor, who seems obsessed with Christmas? Can Bridie soften Will-the-Scrooge’s heart in time for Christmas?

Political advisor and former bad boy Gus Donovan is intrigued by Chelsea Somers, the girl he didn’t call after their one and only date, six years ago. Chelsea is impressed by the new Gus, but can she trust him with her family secrets ... and with her heart?

A Christmas Resolution by Rose Dee

Breeah has avoided returning to her Australian coastal hometown of Kiisay Point for ten years—avoided the mistake that changed her life, ruined her friendships, and soured her first love. She’s never returned to Resolution, the island where it all happened. But now she’s back, and having to face up to the childhood she loved, the man she can’t forget, and the future that won’t start until she lets it all go.

All is Bright by Andrea Grigg

Amy’s always been a good Christian girl…except for being in love with her brother-in-law. Josh is looking for love again, surprised to find it with his late wife’s sister. But will a mountain of guilt and an unexpected letter stop them from making it to the altar?

Preorder An Aussie Summer Christmas from Amazon.com
Posted by Iola