If you are one of the three people not watching the debate and its endless analysis on every news channel, hello from sunny(ish) Holland.

I wanted to write something related to the presidential race, but I'm getting close to saturation point. A quick check of the newspaper headlines this morning told me nothing of any use. The liberal Guardian declared Clinton the winner, while the conservative Fox News has Trump ahead. Sadly, the only dedicated news channel we get over here is CNN, and they lean so far left they are in danger of tipping upside down. I'm taking a break till the dust settles.

Instead I thought we could have a light-hearted chat about language. There's plenty of it flying around at the moment--especially the "phobic" kind. I always thought a phobia was an irrational fear of something. These days it is used as an accusation of bigotry. "You're so (add random word here)phobic" seems to be a common retort whenever a contrary opinion is expressed. 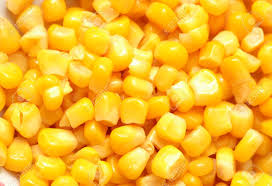 I wouldn't mind if it made sense, but it can get quite bizarre sometimes. For example, I recently saw a group of people holding signs denouncing various "phobias", presumably wanting to create a "safe space" for its victims. Two of the signs struck me as odd companions. These were "Islamophobia" and "homophobia". Considering what Sharia law has to say about homosexuality and the prescribed punishment thereof, isn't that a bit like clutching a fox and a chicken to your chest to protect their right to be what they are? I can tell you now that if you put a fox and a chicken into a safe space together, one of them is not going to be safe for long.

To be honest, I'm getting a bit fed up with the whole "phobia" malarkey. Does that mean I'm developing phobiaphobia? What about people who love using the word "phobia"? Will I be ostracised from their safe space? What if I disagree with the whole concept of a safe space (especially in colleges and universities where the rigorous exchange of opposing ideas should be promoted, not suppressed)? Will I be accused of safespaceophobia?

Thing is, I'm not scared of sweet corn, and I am happy for people around me who like sweet corn to enjoy eating it. They can sit next to me if they like (although at that proximity the smell might make me ill). I just don't like it. It's not an irrational fear. I just don't agree with it. I think we should use a different word which expresses this healthy difference of opinion.  How about "disinclined" or "averse"? I am not sweetcornophobic but sweetcornaverse. Eat as much as you like, just don't expect me to agree with you.

Now if you'll excuse me, I'm off to ponder my phobias (sorry, aversions) in peace. I would go to my safe space, only it's a bit small and I suffer from claustraversion.
Posted by Unknown