AFTER THE FIRST DRAFT, WHAT? By Bonnie Toews

You type THE END and heave a great sigh of relief. DONE. You pat yourself on the back.
But wait! In today’s world, this is only YOUR FIRST DRAFT. Now the hard work begins.
Revising and editing are a writer’s most important functions in the telling of your story. In the rewriting stage, you have to move away from the subjective author who loves every sentence you’ve produced and become the tough critic. Switching hats is very difficult.
This is why most successful novelists belong to reading groups who serve to critique each other’s work. But before you expose your baby to a third, fourth or even fifth “eye,” you need to produce your best effort. That means stripping down your baby and redressing it.
Where do you start? Frankly, one rewrite won’t work. You can’t fix everything with one shot.

THE STRATEGIC APPROACH TO REVIEWING YOUR FIRST DRAFT

When you reread your manuscript, you need to examine NINE concerns. Focus on one at a time for each revision you write.

1.       What is the spine of your story? Some authors refer to this as their THEME. This is a harder question than you think. You may assume it is simply what the story is about, but it isn’t. Your spine serves the same purpose as your backbone does for your body. It holds your story together. In my novel, THE CONSUMMATE TRAITOR, the obvious theme is treason.  When I reread my first draft, I had to measure every character‘s thoughts, feelings, motives and actions against this underlying theme. Yes, it was a gruelling exercise, but it was worth it because readers say I succeeded in suspending their disbelief. They could not figure out who the traitor was until the end.

2.       Are your protagonist and main characters well-rounded and believable? Have you explored their conscious and unconscious desires, their strengths and weaknesses? Does your protagonist have a “fatal flaw” she or he must overcome to achieve a heroic or extraordinary outcome? In my novel, one of my heroines does not recognize her own self-worth. She strives to please and over compensates to prove her value.
3.       What is the overall conflict driving your suspense? What rival or adversarial force must your protagonist beat? This is the challenge that drives your plot, and as the story continues, this conflict elevates the tension. It can be a person, group, force of nature or aspect of the protagonist’s own character that stands in the way of achieving a desired goal. Conflict leads the hero or heroine to make a critical decision, one that embraces either victory or defeat, and forces the individual to face the truth:  Who am I and what do I really want?

4.       Is the development of your plot logical? I remember reading a spy story in which the two protagonists reminded each other that their hotel room may be bugged, and then, while in bed, they go ahead and discuss their plan to reveal the villain. I read on hoping this was a decoy to suspend the reader’s disbelief until the surprise “twist” resolution. If the room is bugged, why are they telling the enemy what he needs to know to intercept them?  Maybe it’s deliberate and we’ll find that out later. Alas, no. The author never caught this flaw, and for me the story imploded.

5.       Is the structure of your story progressive? This even relates to individual paragraphs and sentences. Does your character react before an action even happens? For example, there is an explosion. Does your character dive for cover before the sound or after?  You can’t react to something that hasn’t happened yet. The character must duck AFTER he or she hears the bang. This also refers to the order of your information. Your characters need to move forward with new insights or conclusions, not rehash what is already known.

6.      Does your opening sentence immediately grab your readers’ interest? If it doesn’t, does the first paragraph? If it doesn’t, will readers even read your first chapter?  Let’s look at the first sentence of my new novel, COVERT DENIAL:  Rhys Jamieson froze. Do you want to know why? Then you have to read on.

7.      Do you ‘tell” more than you “show?” Some authors introduce a new character by writing what amounts to a biography including appearance and background. Today’s readers don’t like feeling overwhelmed with such description. It’s better to weave in the details as needed, when your reader wants to know, for instance, or when it is critical to the story. This way the reader becomes a part of what is going on rather than an observer.

8.      How do you treat your dialogue? You’ve seen it – one line after another of conversation until you no longer know who the speakers are. This stems from a need to speed up pacing, but it can be taken too far. Dialogue serves two things: to reveal what distinguishes your characters from one another through quirks in their speech and to convey information. Good dialogue presents a balance that magnifies what your characters are doing, thinking, noticing, and feeling as well as where they are located when they speak. What your dialogue should NOT DO is be a short-cut to adding information crucial to your story. Too often you end up with an unnatural conversation that is awkward and off-putting for your reader.

9.     I leave line editing and proof-reading to my last draft, and I have a few tricks to make it easier. First, I search and replace a list of “boring” words with stronger action words or adjectives. This short list causes agents and book editors to wince: was (passive), by the fact that, very, so, then, felt, great, big, would, could, or against. Suppose you wrote, felt angry. What action can your character do that shows he is irked? Barry’s eyes flashed. He slammed his fist on the desk. “Are you crazy?” That is a stronger picture. Second, be careful with words ending in “ing.” Often it signals an imperfect past tense (was working) that is easily corrected with the simple past tense (worked). Keep your text active. Avoid passive verbs. 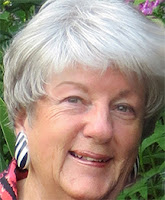 A retired Canadian journalist, Bonnie Toews is a veterans’ advocate, who uses fiction to bring attention to conditions she has found at the “crossroads of humanity.” In novels of wartime intrigue and suspense, she expands on true events to reveal the political betrayal of our military veterans. The first novel in her “Trilogy of Treason” – THE CONSUMMATE TRAITOR – is available at amazon.com http://www.amazon.com/Consummate-Traitor-Bonnie-Toews/dp/1461015383 and on her web site
http://www.authorbonnietoews.com