Introducing Rachel McMillan, Author of the Herringford and Watts Mysteries 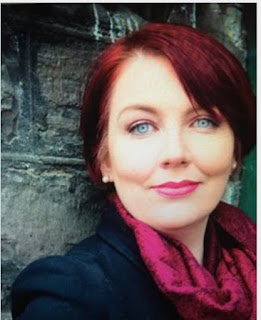 Two weeks ago Rachel McMillan shared a provocative post with us about writing where you know. I thought it would be great for us to meet Rachel and so I posed her a few questions which she was happy to respond to.

Tomorrow is a very big day for Rachel. The first novella in her 6-part Herringford and Watts Mysteries series (3 novellas, 3 novels) launches. It’s titled: A Singular and Whimsical Problem.

With that in mind, let’s welcome Rachel to ICFW with a big hurrah and hello. Over to you Rachel:

In a few words tell us a little about yourself.

I am a lifelong bibliophile who lives in Toronto, Canada. I work in Educational publishing by day and scribble at night. I love to travel and I love, love, love live theatre. I recently became an aunt for the first time and my little 6-month-old niece Maisie is my entire heart these days!

How many years have you been writing and is this series your first production or are there other manuscripts stored away on your computer waiting to be launched on the world?

I have always been writing. I have been writing since I was 7 years old; but was too scared to show people. No critique groups for me. Before this series I had completed one 3 book series, 1 straight historical and 1 historical romance alongside several other unfinished projects.  The only one that made it out into the world was my historical romance, which landed me an agent and was my first shopped manuscript in the CBA market (though it was rejected at every publisher we sent it to) I started pursuing writing for publication 3 years ago. I signed an agent almost immediately after that but it was about 2 years before I signed a contract.

Be interesting if the historical romance gets a different reaction in a year or so.

This series, Herringford and Watts Mysteries, has such a great premise. Could you give us a sneak peak into your two detectives? What sort of crimes do they investigate? 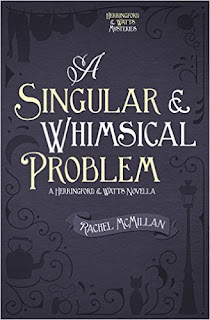 They kind that solve everything! From murder to missing pocket watches.  But women, of course, didn’t pursue such dastardly things as murder investigations in the Edwardian time period so they disguise themselves in bowler hats, vests and trousers when in pursuit of a case.

The Bachelor Girl’s Guide to Murder has them working to solve the deaths of young Irish immigrants in Toronto even after the police have given up, the second book A Lesson in Love and Murder takes them into an anarchist group wanting to bomb Roosevelt’s Democratic Convention at the Chicago Coliseum (they go state-side for that one).

In the third book, set in 1914, Canada is on the brink of war ---and men are found murdered with white feathers on their chests even before the enlistment sheets go up.

They try to use Sherlockian methods but they are amateurs who sometimes stumble into the solution.  The fact that there are a few eligible young men in their vicinity: including a dashing police constable, a muckraking Italian reporter and a Royal Northwest Mounted Policeman make things even more complicated.

I know from FB you're a Sherlock fan so what was your inspiration for the characters and the series?
As I mentioned, I had a book out on submission that was a straight historical romance and my agent was having no luck with it. She called one day after meeting with editors who said that romantic suspense was getting a lot of buzz and traction and she suggested I use my love for Sherlock Holmes and think about a female Sherlock. I’ve been a Sherlock Holmes fan since I was a little kid so that was definitely something fun to play with. I also loved the idea of introducing strong, independent women who shirk domesticity. While there are romantic elements to the story, theirs is the central relationship in the series.

Bit Rizzoli and Isles. Oops, excuse me, Rach … but I really like that show.

It's also set in 1910. Tell us a little about the research you had to do to discover the life and times back then?

I have always been passionate about Toronto history so I had a good starting point. Once I decided that I was going to pursue this I gave my agent a bit of a timeline for a draft and met with editors at ACFW giving them a bit of a tease. In some cases, we sent the first five chapters to them.  All the while, I was spending every weeknight and weekend in the Toronto archives or at the library reading everything I could about the time period, Toronto politics, journalism, the major onslaught of immigration, social reform and what career options were available to unmarried women.  I also read a lot about the wave of working women called “bachelor girls” not to mention etiquette and slang books. I really immersed myself: all the while plotting out mysteries for a proposal that would find us a contract. When you work full time, you squeeze in writing opportunities when you can :)

We can only imagine some of the peculiarities you discovered in all that research.

The introduction to the series launches tomorrow - a novella: A Singular and Whimsical Problem. What's the launch schedule for the rest of the series look like? 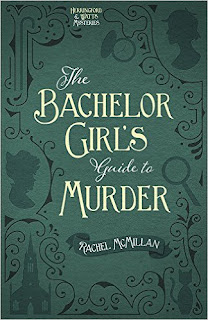 Did I mention I work full time? Let’s just say I eat a lot of dinners at my desk!


(fun fact: the novella titles are all taken from Sherlock Holmes stories pertinent to the cases the girls are solving)

Last one, which authors are your must reads?

I am such a voracious and eclectic reader! So this is tough.  Patrick O’Brian is an all-time favourite. I love his Aubrey-Maturin series.  I am a huge fan of the Victorian period (my specialist degree in University) so Dickens is a favourite. In mystery I love Ian Rankin, Martha Grimes and Reginald Hill. In the CBA, I never miss a book by Billy Coffey or Christa Parrish or Katherine Reay! My 3 favourite books are Great Expectations (Dickens), Les Miserables (Hugo) and the Blue Castle (L.M. Montgomery)

Rachel, thank you so much for sharing with us all. Congratulations, once again, and all the very best with tomorrow’s launch. Enjoy these next few firsts you'll experience over the next few weeks!

And ICFW crew, why not grab a copy of A Singular and Whimsical Problem, it’s priced less than a cup of coffee and it’s bound to be a lot of fun.

Rachel McMillan is a keen history enthusiast and a lifelong bibliophile. When not writing or reading, she can most often be found drinking tea and watching British miniseries. Rachel lives in bustling Toronto, where she works in educational publishing and pursues her passion for art, literature, music, and theater.

Rachel can be found on the web at: