I Am a Writer, by Jebraun Clifford

"And what do you do?" he asks me. Not in an accusing tone but with sincere interest. I'm working at one of my myriad paid and unpaid jobs and I quickly think of all the hats I've worn in the past and the many I wear today. Wife. Mother. Homemaker. These are the responsibilities closest to my heart. Pastor. Teacher. Friend. Ditto. Sister? Difficult as I live 10,000 kilometres from my siblings. Student? Not for a long time, unless you count a student of life.

Sometimes I work at a picture framing and art supply business and that's where I am today. I help an artist pick out an easel and we talk about various mediums. He likes acrylic and I (very infrequently) dabble in watercolour.

"But what do you really do?" he asks.

And for the first time ever, I announce my newly reclaimed identity. "I am a writer." 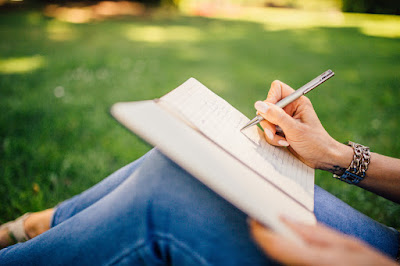 "Really? Well, good on you. The world needs more of that, doesn't it?" His eyes crinkle as I slide the easel into the carry-case and take his bank card. He doesn't even ask me if I've published anything (I haven't yet) but accepts my declaration without question, smiling as he leaves, no doubt busy with plans of his own on what to paint first on his new piece of art equipment.

I've made up stories in my head from the time I was a little girl. I used to beg to write skits instead of reports at school and am thankful for one particular teacher who let me write and perform dramatisations. Often I roped in various classmates for these dramas, one of which was a three act play about Jacques Cartier and his exploration of Canada, complete with the unoriginal though applause-worthy line, "Hey! Jacques back!" as a catch phrase. I kept a journal all through junior high (oh, the agony!) and high school (oh, the angst!) and even through university when my hand was constantly cramped from the excessive note-taking in my English Lit and Cultural Anthropology lectures.

And then I took some time off. Oh, willingly enough. I don't regret at all the twenty years spent writing grocery lists and to-do lists and birthday cards. I'm happy my creativity was channeled into good meals, nappy changing, and crafty ways to turn a few boards and some bricks into a bookcase. This was before the days of Pinterest and, trust me, some pictures and video tutorials might've made all the difference between a snazzy looking masterpiece and the Leaning Tower of Piza we ended up with.

So instead of a shelf full of published novels, I have three amazing children who are my "living" epistles as L.M. Montgomery's indomitable heroine, Anne Blythe née Shirley, called her own children. Maybe I could've written and looked after my babies at the same time but when I was knee-deep in said nappy changes, I found it tricky to keep the dust bunnies at bay let alone imagine character developments and story arcs.

But now it's time to slowly turn my attention back to a passion I've kept under wraps for so long. I've still got two at home but they're older teens now and don't need me to keep them physically alive twenty-four seven. And I've got a husband who doesn't seem to mind the occasional - all right, weekly - breakfast for dinner. Seriously, aren't bacon and scrambled eggs the best? He's even taken over all the washing, for goodness sake, and our clothes have never been more promptly washed, dried, and folded.

So I'm stretching my mind, squeezing in as much writing time as I can manage, cracking open the old thesaurus again though it's on an app now instead of in a huge, hardbound book. And I'm excited to see where it will lead.

Eric Liddell, an Olympic athlete and missionary once said, "God made me with a purpose but He also made me fast. And when I run, I feel His pleasure."

I know that writing is not my ultimate purpose. I was meant to live and move and have my being in Him but I believe He gave me this gift of wanting to - needing to - tell stories. And when I write, I feel His pleasure. So I'm going to keep on writing.

After all, I am a writer.

How about you? When did you first know you were a writer? 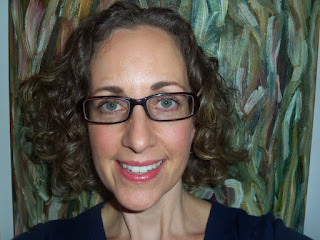 Growing up, I always wanted to walk through a door to an imaginary world so it’s no surprise I now call New Zealand home. Too short to be an elf and too tall to be a hobbit, I live in the centre of Middle Earth where the Preacher and I planted a church over a decade ago. I love tree ferns, dark chocolate, British spelling (except for tyres...that one still looks weird!) and Jesus. When inspiration strikes, I blog at www.jebraunclifford.wordpress.com