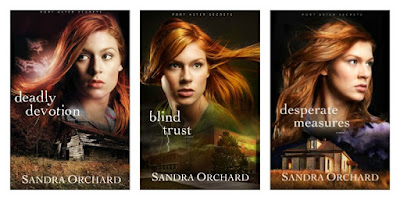 Port Aster Secrets was the first series I've written that has the same hero and heroine throughout and carries on significant story lines from one book to the next. It was a lot of fun to write, when...


it wasn't a nightmare!

You see, halfway through the series, while writing a completely unrelated book for Love Inspired Suspense, I discovered that it's kind of fun to let your characters take over your story and surprise you each day with what happens next. So...

I decided to let Kate Adams and Tom Parker and the many bad guys throughout their stories weigh in on the story lines in Blind Trust.

It made for a great book. At least most of the letters I received from readers said they liked it even better than the first.

Of course, I had to ignore the subtle "I want to choke book 3 out of you now" mime I envisioned between the lines of the inevitable final salutation: "Just finished book 1 and 2. When and where can I find book 3? Please, don't tell me I have to wait until June!"

But I digress...where was I? Oh, yes, letting characters have their way.

By the time I got a few chapters into writing Desperate Measures, I realized I'd been completely blind to trust my characters.

They'd opened up so many twists and turns in Blind Trust, that I wound up with more plot for book 3 than I had available word count. 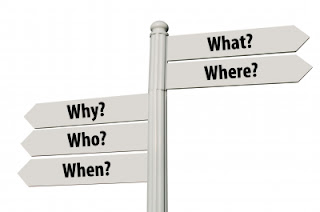 I had to resort to desperate measures.

(Yes, my book titles pretty much mirror how the writing progressed <wink>)

I'm sure you're familiar with the tried-and-true rule for mystery writers: if you're stuck, kill somebody.

So I did. Yup, I killed the heroine.

It was incredibly satisfying to turn off her voice in my head. And wow, the pundits are right. Killing someone off really works!

Now, don't start balking about how on earth could I kill off my heroine.

Readers had to see it coming. After all, Blind Trust ended with:

Now, of course, I write mysteries, so things are never what they seem. That's the whole point of the series.

Twenty years ago, as the heroine's father was being shoved into a police car, he told her: "Remember I love you, Kate. I will always love you."

How many times do you need to remind yourself of that truth about your heavenly Father?

No matter how things look. No matter what it seems to you is going on...

Yes, my heroine wasn't too happy with me messing around with her life.

But, as they say, all's well that ends well. And whew, I'm glad all of you finally get to read the ending!

The really great news is that if you haven't tried the series, you can download book 1, Deadly Devotion, for FREE from all the major online retailers. And if you get hooked, as I hope you will (hee, hee, hee, it is my secret plan after all) the Ebook prices of the remaining books are super low right now, especially on Amazon

Your Turn: Do you like to read series as each book releases? Or do you prefer to wait until they are all available? 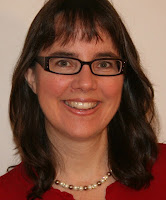 Sandra Orchard is the award-winning author of the Port Aster Secrets mystery series, set in the picturesque surroundings of Niagara, Canada, which she and her husband call home. She also has numerous Harlequin’s Love Inspired Suspense titles, including a Romantic Times Reviewers’ Choice Award winner and an RT Book Reviews Top Pick.

Learn more about Sandra’s books and check out the special bonus features, such as deleted scenes and location pics, at www.sandraorchard.com.
Connect at: http://www.Facebook.com/SandraOrchard

Kate won’t be safe until all of Port Aster’s secrets are revealed
Researcher Kate Adams has finally pinpointed the supposed “miracle plant” that tore her family apart years ago. She’s certain that discovering its secrets is her only hope of solving the mystery surrounding her father’s disappearance. She’s willing to risk anything to find the truth, including her relationship with Detective Tom Parker. But with so many people in pursuit of the plant, going it alone might be a fatal mistake.