Have you ever seen a counterfeit bill? Do you think you could tell the difference? 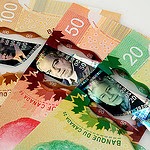 In a few weeks, Blind Trust, the second book in my Port Aster Secrets mystery series releases, and it opens with the heroine caught passing counterfeit bills. Bills she received from her dear sweet neighbor lady to buy groceries—a woman who couldn’t possibly be printing counterfeit money in her basement. Could she?!

This is the first of several mysteries in the story, and one I had a lot of fun researching. Once I managed to convince my local banker that I wasn’t contemplating anything illegal, she was happy to sit down with me and demonstrate all the things they look for to discern counterfeit money from the real thing.

The story is set in Canada, where, like in New Zealand and Australia, our bills are now all plastic and much more difficult to counterfeit then the old paper bills.

However, at the time I was writing the novel, the new five and ten-dollar bills hadn’t released yet, so I decided that those would be what my bad guy counterfeited, since even now many paper twenties, tens and fives are still in circulation.

My American editor, unaware of the marked differences between Canadian and American bills was skeptical that anyone would risk counterfeiting such small denominations.

However, my neighbor had received fake five-dollar bills in the Ladies Missionary Circle offering at her church on two separate occasions (an event I include in the story), so I knew it wasn’t too far-fetched.

But for fun when the security guard presents my Detective hero with the evidence and the detective raises his eyebrow to the heroine, she responds:

“You can’t think that I . . . ?” At the amused twinkle in his eyes, she let out a humph. “What kind of moron counterfeits ten-dollar bills? If I wanted to defraud someone, I’d at least go for twenties. More likely fifties or hundreds!”
The amusement in Tom’s bright blue eyes intensified, but he held his mouth in a firm line. “You’re not helping your case,” he murmured.
She rolled her eyes. He knew she was joking. Then again—she slanted a glance at the guard—maybe this guy didn’t.

In the US, the most common type of small-time counterfeiting operation is a cut and paste job in which someone cuts the corners off a twenty and pastes them onto four 1-dollar bills, for example, then tries to palm off each as a twenty, usually to buy a two-dollar item so that they’ll receive their change in real money. But this won’t work with Canadian bills as each denomination is a distinctly different color and the numbers aren't in the corners.

However, modern copiers and printers do an astounding job of replicating paper money that will pass undetected to those who aren’t paying close attention. For example, the last time our paper fives got a new look, an enterprising teenager printed a bunch of fakes and palmed them off to unsuspecting classmates, who’d never seen the crisp new bills and so were easily duped.

But…I’ve been told that newer color copiers and printers are designed to lock up if they’re used to print money. As tempting as it was, I didn’t dare test it on my own printer!

Not to mention I’d spent a lot of time studying the Criminal Code of Canada while writing the book, and learned that it’s a criminal offence to: make, publish, print, execute, issue, distribute or circulate, including by electronic or computer-assisted means, anything in the likeness of a current bank-note.

Now, if you have authentic looking play money for your kids, no worries, there are exceptions for bills that are less than ¾ of the size of the real thing or that are printed on only one side or printed in black and white.

Whew! Wouldn’t want those little kiddies carted off to jail while playing store!

All bank  note images in this blog were sourced from the Bank of Canada image gallery. And here's a rundown of how to tell if the newest plastic bill you receive is a genuine article:

Your Turn: What's the money like in your country? Have you ever seen a counterfeit bill?
If you’d like a chance to win a copy of Blind Trust (open internationally), hop over to this blog to enter. 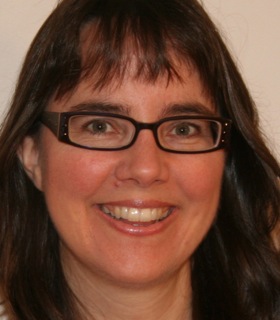 Sandra Orchard is a multi-award-winning Canadian author of inspirational romanticsuspense/mysteries with Love Inspired Suspense and Revell. An active member in American Christian Fiction Writers, The Word Guild, and Romance Writers of America, she enjoys helping writers hone their skills. To find out more about her novels, and to read interesting bonus features, please visit www.sandraorchard.com or connect at www.Facebook.com/SandraOrchard