A Conversation with LeAnne hardy 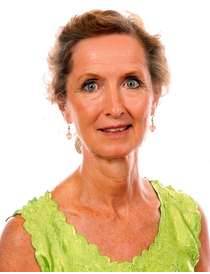 Donna: My guest today is our own LeAnne Hardy whose newest release  Honddu Vale is a wonderful continuation of the story begun in her Glastonbury Tor.  This is a story where history and legend combine in a powerful tale of greed, injustice and avarice surmounted by the triumph of forgiveness, grace and love. And in the center of it all— The Holy Grail.

LeAnne, we share a passion for Glastonbury and stories of the Holy Grail. Mine began with childhood stories of King Arthur. Where did your interest begin?

LeAnne: Mine too—Idylls of the King, by Alfred Lord Tennyson, followed by Mary Stewart’s The Crystal Cave. I still get shivers when I think of the powerful images they held for me as a teenager. I identified Arthur as a sort of “type” of Christ—a King worth living for and even dying for like a knight of the round table. (The fact that I was a girl didn’t faze me.) My husband knew of my passion for King Arthur, and on a visit to England several years ago, he suggested we visit Tintagel, the traditional birthplace of Arthur. We stopped in Glastonbury on a whim, knowing very little of its Arthurian links. The thing that most struck me in the abbey museum was not the possible (although extremely unlikely) bones of King Arthur buried there, but the dramatic end to the monastery under King Henry VIII. Now that is a story worth telling, I said to myself.

Donna: Amazing, LeAnne! Your story is so like mine (although I was beyond teenage years when Mary Stewart’s wonderful Arthurian quartet came out). I, too, visited Glastonbury on a whim the first time and stumbled on my bit of the story.

You have wonderful descriptions of the valley in Wales that served as the inspiration for your Honddu Vale. Tell us about your research trip.

LeAnne: I spent three fabulous weeks in Wales, sharing Cardiff student accommodations with a missionary kid from Tanzania whose parents I had met in Ethiopia. The first week was mainly library research, tracking down sources I hadn’t had access to in the US, and plotting my strategy. Saint Fagan’s Cultural History Museum outside Cardiff (free entry!) has lots of period buildings with docent/re-enactors full of information. It was in a reconstructed village church there that I saw the wall painting of Christ the King that resembles a young and fit Henry VIII. The second week, I rented a car and drove all over the southern part of the country. There is so much to see! It really helped to have clear goals of investigating sites from the sixteenth century or earlier—Colin’s world.

I joined the Ramblers Association for a couple hikes, getting a feel for the countryside and taking lots of notes with my camera as much as my pen. One hike turned out to be short, and when my companions found out I had not seen Water-break-its-neck Falls, they took me there. I immediately recognized the witch’s ravine for my story. A certain ledge, thick with moss, inspired the vision of a girl spinning and singing while she awaited her true love. On my website I tell more about exploring the Vale of Ewyas, the inspiration for Colin’s valley. Alice, my student hostess, couldn’t believe all the people who talked to me so readily.

Donna: Your first book in this series is set in Glastonbury at the time of the Dissolution of the Monasteries— which means your story begins where mine ends— tell us about your visit to Glastonbury.

LeAnne: That was another marvelous experience with people who have become life-long friends. New Age philosophy is very strong in the area, and I was not comfortable staying in a B&B that included casting my horoscope. I contacted a church that had sent support to our mission and asked if there were anyone with whom I might stay. Four generations of a local family took me in. They lived together on a nineteenth century farm outside of Meare along one of the many rhynes that drain the swamps of the Somerset levels. This one had the “romantic” name of South Drain. A bike track ran along the rhyne six miles to Glastonbury. The family outfitted me with a bike, a map, and a pair of Wellington boots against the damp of November, and set me loose to explore. I climbed the Tor (a conical hill outside the town) in the rain, and climbed it again in brilliant sunshine on the three hundred and sixty-second anniversary of the death of the last abbot. I talked to the current owner of Sharpham Manor (the abbot’s retreat) and viewed the Tor across her pastureland, rising through the morning mist like the New Jerusalem coming down from heaven. I even lunched at the George and Pilgrim Inn and attended services in St. Patrick’s Chapel on the abbey grounds, as I think you did, Donna, on your visit to Glastonbury.

When I returned with my husband, we climbed the Tor again. This time we had to step around the crystals of New Age worshippers gathered there. For a thousand years Glastonbury was a center of Christian worship. There is still a remnant praying that it will be again. Donna: Amen to that, LeAnne! I have twice stayed at the Church of England retreat house on the back of the Abbey grounds. There is still Christian worship there.

And now we have book 3 to look forward to. What can you tell us about it?

LeAnne: I had planned book three to be the next generation during the reign of Queen Mary Tudor, who burned Protestants at the stake. (I was quite sure Nicholas would not keep his mouth shut.) But the epilogue I added to Honddu Vale prompted one reader of the manuscript to say she looked forward to hearing more about Old Teg o’ the Hills, the witch who haunts the ravine above Colin’s home. That made me think about what might happen if God pursued someone who had denied him all her life. As someone who has never strayed far from my Christian faith, it has been freeing to play devil’s advocate and put myself into Teg’s shoes as everything she has every believed about herself and who God is, is brought into question. We’ll have to wait for book 4 to find out what happens when Nicholas refuses to recant and Colin and his son set off to rescue him.

Donna: Thank you for the delightful conversation, LeAnne and for the great pictures which help put us all in the scene. I can’t wait for the next book! 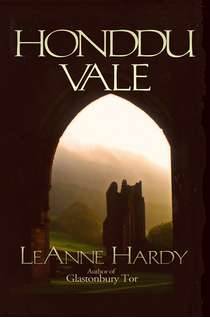 Posted by Donna Fletcher Crow, author of GLASTONBURY, A Novel of the Holy Grail