The Story Behind A TINCTURE OF MURDER 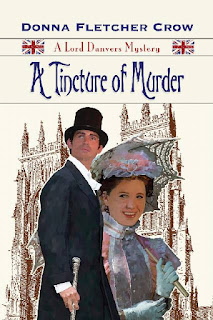 I have wanted to write about the work of the mid-Victorian slum priests for many years. Inspired by the principles of the Oxford Movement, these men from the best families and of the highest education chose to build beautiful churches in the worst slums to give the people a vision of heaven and to work and live among the poorest of the poor, sharing the Gospel in a truly hands-on way.

When my publisher asked for another in the Lord Danvers series I began looking for the true crime I would want to work with. That’s how I put together all my books in this series: find the historical crime, then build a fictional story around this. When I found the case of William Dove, the Leeds’ Poisoner, whose trial explored legal principles still debated today, I knew this was what I wanted to do. And then, as a special bonus, I found a second true crime— this one more bizarre than anything you’ll read in Dickens.

And here was the perfect opportunity to tell the story of a Tractarian priest through the character of The Reverend Frederick, Lord Danvers’ younger brother. Freddie’s work is based on that of the Reverend Charles Fuge Lowder who did such valiant work at St. Peter’s London Docks.

Frederick has shocked the family by taking Holy Orders, and worse, choosing to live near his church in one of the poorest parts of England. And now, most outrageous of all, Freddie has launched his "Asylum for Poor, Degraded Females" in a notorious slum of the City of York.

But the cleric’s saintly works may come to a scandalous end when several of the starving women who took refuge in The Magdalen House die under mysterious circumstances. Neither the asylum—nor Freddie’s career—may survive when news of these deaths spreads. The young Danvers is in trouble and the Danvers family honor is at stake.

Still, Lord Danvers is reluctant to get involved in anything so sordid. Then a devastating fire ravages Danvers’ ancestral home, forcing Charles and Antonia to seek temporary residence. Since Freddie’s plea includes an invitation to stay at elegant Wandseley Hall Charles reconsiders.

Lady Antonia is drawn into helping feed the destitute women and look after the starving children living in the asylum, while Charles struggles to answer two overarching questions: Are the unexplained deaths the result of natural causes? Or is an insane poisoner at large in York—perhaps someone among Charles and Antonia's own acquaintances? 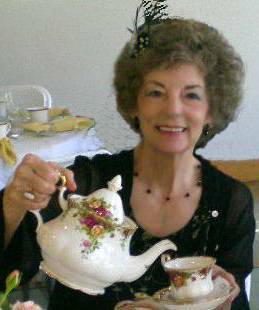 Donna Fletcher Crow is the author of 43 books, mostly novels dealing with British history. The award-winning Glastonbury, A Novel of the Holy Grail, an Arthurian grail search epic covering 15 centuries of English history, is her best-known work. She is also the author of three mystery series. Her newest titles are: An Unholy Communion, The Monastery Murders; A Tincture of Murder, The Lord Danvers Victorian true-crime novels; and A Jane Austen Encounter in the romantic suspense series The Elizabeth & Richard Mysteries (coming soon). Donna and her husband live in Boise, Idaho. They have 4 adult children and 11 grandchildren. She is an enthusiastic gardener.

To read more about all of Donna’s books and see pictures from her garden and research trips go to: http://www.donnafletchercrow.com/
You can follow her on Facebook at: http://ning.it/OHi0MY
Posted by Donna Fletcher Crow