DEVOTION: The Race for an Eternal Prize ~ by Narelle Atkins 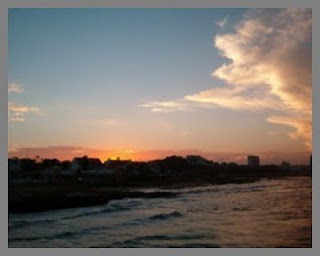 1 Corinthians 9:24-27: Do you not know that in a race all the runners run, but only one gets the prize? Everyone who competes in the games goes into strict training. They do it to get a crown that will not last; but we do it to get a crown that will last forever. Therefore I do not run like a man running aimlessly; I do not fight like a man beating the air. No, I beat my body and make it my slave so that after I have preached to others, I myself will not be disqualified for the prize.

In early August, talk in the Australian media included commentaries discussing why the Australian Olympic team had only won 1 gold medal. (They went on to win 7 gold, 16 silver and 12 bronze). In 2008 the Aussies won 14 gold and in 2004, 17 gold. Expectations were high that the Aussie team would again bring home a large number of gold medals.

Aussie swimmer James Magnuson came one hundredth of a second away from winning gold in the Mens 100m freestyle swimming final. Heartbreakingly close to a gold medal but not close enough. Winning an Olympic silver medal is an outstanding achievement and I offer my congratulations to all the competitors who have given their best and won medals at the London Games.

Paul’s first letter to the Corinthians in Greece was written around 55 A.D. Chapter nine includes a sporting analogy the people of Corinth could identify with because their cultural heritage included the Ancient Olympic Games. The Ancient Olympics were believed to have been held for the first time in 776 BC and continued for centuries before being abolished in 393 A.D. by Emperor Theodosius who banned pagan cults. The Ancient Olympics were linked to religious festivals for the Greek god Zeus, the ruler of Olympus.

Paul uses the analogy of a runner to explain self discipline in the Christian life. Althletes undergo years of rigorous training to prepare for the Olympic Games. They make sacrifices in order to focus on achieving their Olympic dream. And unless there is a tie, only one winner will receive the prized gold medal. Four years later athletes will compete in a new race for gold. New champions will arise and previous world records will be broken as athletes strive for excellence in their chosen sport.

Paul encourages us to have purpose in the way we live our life and to look forward to receiving the prize of eternal life. There is no heartbreaking second place because we all have the opportunity to receive the eternal prize. But Paul does caution us to be aware that we can disqualify ourselves if we don’t run the race to the end and have faith in Jesus Christ as our Lord and Saviour. Will you finish the race and receive the crown that will last forever? 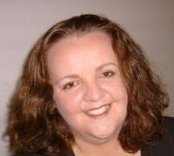 She has published Bible Studies on Smashwords and blogs regularly at http://30MinuteBibleStudies.wordpress.com

She is a co-founder of the Australian Christian Readers Blog Alliance (ACRBA) http://acrba.blogspot.com


To learn more about Narelle, please visit her website.
Posted by Shirley Corder