I watched her sit in the just-the-right-size hollow she'd found high above the ground. She looked round with bright eyes while she waited for the delivery of her building materials.

He flew over the garden, landed and searched diligently until he found the perfect twig. He flew to her with it in his beak. She took it and wove it into the nest she was constructing. I admit I'm guessing the genders of these two laughing doves, but there was no mistaking the fact that they were working hard to build a nest. A home in which to lay their eggs and raise their babies.

BUT the hollow was in a gutter at the top of a drain pipe. A roof was directly above it. In the first storm, water would pour off the roof, rush down the drainpipe and destroy the nest.

The two worked for half an hour, then much to my relief appeared to lose interest in the project and flew off. I didn't see them for a few days and hoped that their next nest would be in a better location.

Then one day I saw the top of her head and her eyes above the gutter- she had returned. She sat on her nest for a day or two before the worst happened. A storm hit and the pair were forced to abandon their nest. All their hard work literally went down the drain.

The day after I first saw the pair, my husband told me he was unable to throw out the garden cuttings because a dove was sitting on her nest on some of the branches.

Hmmmm another pair of doves that had built in a bad location. Would their work also be in vain? I hoped not. The female laid two eggs and in due time they hatched and I saw two featherless babies moving in the nest.

My joy at seeing the little family grow was short lived. After another storm, I found two little bodies among the twigs. The nest was still there, but again, all the hard work had been for nothing. 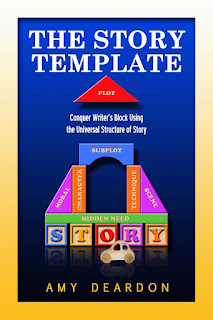 What has all this to do with writing Christian fiction?

Well the two incidents brought these words from the Bible to mind- "Unless the Lord builds the house, its builders labor in vain  . . . " (Psalm 127:1a)

After reading Amy Deardon's excellent book for writers, The Story Template, I picture the book I'm writing as a house. Amy equips writers with the tools they need to create a structurally sound story. In the process, she uses the powerful metaphor of constructing a house to show how to build a story.

My work on my house/story will only be of value if I dedicate it to God, pray over every aspect of it and follow His guidance. I pray I will do this and that my labor will not be in vain. 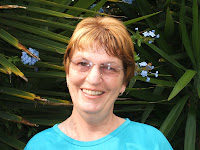 Ruth Ann Dell writes children's stories and international Christian fiction from her home in a sunny South African suburb. She is a member of several writing groups including the American Christian Fiction Writers and Writer's Ink. Her desire is to craft gripping stories which draw her readers into a closer relationship with God.
Ruth Ann and her husband have lived in several countries and are renovating a cottage in the heart of Ireland.
Posted by Ruth Ann Dell