DEVOTION: Do You Know Who You Are? Kathi Macias 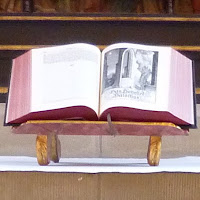 But by the grace of God I am what I am,

The Apostle Paul understood who he was—and why. Sadly, many haven’t figured that out yet. As a result, lives are wasted and lost in identity crisis.

Before his conversion, the apostle we now call Paul was known among the Jews and Gentiles as Saul, a fanatical Pharisee who was fully committed to his religion, even if that meant persecuting followers of the Way (as Christians were then known) to the death. But the moment Saul met Jesus on the road to Damascus, his identity as a child of God was established, and he no longer had the need to run full-tilt in the wrong direction in an effort to find himself.

This week I had the privilege of meeting a young man named Jason who, though he is mentally challenged and suffers from epilepsy, knows his identity, and that it was established by the grace of God. Jason speaks of Jesus naturally and continually, and he rests in the peace and truth of being a born-again child of his heavenly Father. Jason is in his thirties and was born when his parents were in their late forties. He lives with his aging parents, who are concerned for their son’s well-being after they pass on. After meeting this precious family and learning of their situation, I began to pray that God would provide someone to care for Jason when he is alone on this earth. As I did so, I realized that despite the challenges Jason has faced throughout his life and will continue to face until he goes home to be with the Lord, he is secure in his identity and, therefore, in his eternal future.

Not so for many others—and that is the real tragedy. The majority of people who walk this earth have no idea who they are or why they are here. As a result, their lives will be wasted in the worldwide epidemic of identity crisis. These are the people with whom we should be most concerned and for whom we should be laboring in prayer. They, like Saul on the Damascus road, need to come face-to-face with Jesus Christ and yield their lives to Him. Then, like the Apostle Paul and my new friend Jason, they will be able to rest assured in their temporal purpose here—and their eternal destiny when they breathe their last.

May we walk in the assurance that by the grace of God, we are who we are—and God’s grace is never given in vain! Paul knew it; Jason knows it; I pray you do as well.

Kathi Macias is a multi-award winning writer who has authored nearly 40 books and ghostwritten several others. A former newspaper columnist and string reporter, Kathi has taught creative and business writing in various venues and has been a guest on many radio and television programs. Kathi is a popular speaker at churches, women’s clubs and retreats, and writers’ conferences. She won the 2008 Member of the Year award from AWSA (Advanced Writers and Speakers Association) and was the 2011 Author of the Year from BooksandAuthors.net. Kathi “Easy Writer” Macias lives in Homeland, CA, with her husband.

Email ThisBlogThis!Share to TwitterShare to FacebookShare to Pinterest
Labels: devotion, Do You Know Who You Are?, Kathi Macias