When we were thinking of moving house years ago now, we had an idea of the area we wanted to move to. Several people where we lived were more than a little off putting when we mentioned our plans.
'Do you know have family or friends there?' people asked.
We admitted we didn't.
'Then why move? You know it's much harder to make friends when you get older,' we were told. Seeds of doubt were sown.
The other thing we needed to consider was whether this was simply our idea or whether it was God's plan for us The only way to find out was to put the plans into action by going and checking out the area.
We did that one week of our holidays and on the Sunday went along to the church we considered might be a possibility if we moved. At the door a couple around our age welcomed us like old friends. We explained that we were thinking of moving to the area and they said they hoped we would. We went back home and thought it looked a good possibility that we’d like to live there. Meanwhile we would keep an eye on house prices in the area and pray that God would make clear what we should do.
Over time we became convinced it was in God's plan. We put our house on the market and when we thought we had a buyer went back to look at houses in the area. We ran into the same couple up at the local club restaurant where we went for dinner and got into conversation as they remembered us. Then we met them again at church the next morning. Again we were struck by how welcomed we felt in that little church as that friendly couple invited us back for lunch and we talked and talked.
When we eventually moved some months later, it was like coming home. At our time of life we didn't expect to find such close friends as we have. We have been part of the same bible study group almost since the week after we arrived here, we've enjoyed evenings at the theatre or playing games or relaxing over a meal and just sitting talking and we have prayed for each other.
Since then our friends have gone to help care for our sister church in another suburb so we do not see them each Sunday now. But they were in the right place when we needed them and we still keep in touch most days by email and sometimes phone as well as visits or outings. We've shared happy times and sorrows and health problems on both sides.
When Streets on a Map launched, our dear friends were right there with us, not only praying but helping in other practical ways like with the catering and setting up in the hall. The launch would not have worked as well without their support as well as that of family. 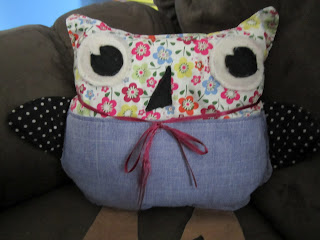 Then, when I was going into hospital for back surgery last year, I knew I was constantly upheld and supported by prayer but as a little reminder my dear friend made and gave an owl friend. Anyone who knows me knows collect owls.  My owl came complete with a name. Thinking of Barnabas, the encourager, my friend named my little female owl Barnabette. Yes, I took her with me to hospital and I was the envy of everyone who saw her.
The thing is God knew the unknown for us was daunting and He provided the most special friends and prayer partners anyone could ever ask for and we praise him for those special friends.
Sometimes writing is a bit like plunging into the unknown too. I might have a character or an idea for a story I want to write about but I don’t know exactly what's going or what the future holds for that character. The blank page or computer screen can be a bit daunting. It’s only as I get to know my characters that I work out what is important to them and what the story is about. It's only as I share their hard times and their joys that I come to really care about the characters and hope that readers care about them too.
As we've come to share our friends' lives and know our friends better, we've learned what things are important to them and what aren't. At times our interests wildly diverge. At other times we are in sync. Either way it doesn’t matter, as we accept each other as we are. It was as we got to know our friends ,we came to see how special they are and how wonderfully God had blessed us by providing them. 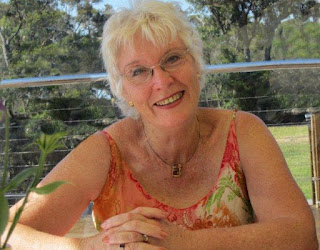 Streets on a Map, Dale’s latest novel was published by Ark House Press in December 2010. Prior to that Dale has had seven children’s books and Kaleidoscope a collection of poetry published. Many of these poems in Kaleidoscope have been previously published in Australia’s literary magazines. She has won prizes for her poetry and has been published in several anthologies. She has also writen bible studies and Sunday school lessons.
More information about Dale can be found at www.daleharcombe.com or on her Write and Read with Dale blog http://www.livejournal.com/users/orangedale/