A Proper Companion for Your Summer Holiday 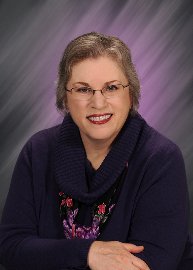 LeAnne Hardy: Louise M. Gouge is joining us today to talk about her new Love Inspired Historical romance, A Proper Companion, the first in the Ladies in Waiting series. The book takes place in England during the Napoleonic Wars—for readers like me who grew up in America, the War of 1812. This is the Regency era in England, the time of Jane Austin’s novels, when society was governed by strict rules that made it completely inappropriate for a country vicar’s daughter to fall in love with a dashing army major, son of her employer, the Dowager Viscountess Greystone.

Louise M. Gouge: I’m an American of English, Scottish, Irish, and German descent. I’ve always lived in the U. S., but I did get to visit England many years ago. I felt as if I were coming home. . .or at least visiting a favorite cousin.

LH: What made you decide to show these political viewpoints that conflict with the usual expectations (i.e. an English POV in America or an American POV in England)?

LMG: First of all, any good romance story must have a conflict, and what greater conflict is there than falling in love with someone whose country is at war with yours? Second, I love both American and British history. Third, I’m proud of my English heritage, but I’m even prouder of my American ancestors who fought in the American Revolution and War of 1812. So the natural result of these elements is that I feel compelled to write about those struggles.

LH: Was it difficult to research these unique points of view?


LMG: Not really. Again, as a lover of history, I read academic and nonfiction works that reveal the realities of the past, something we don’t always get in fiction. Also, I’ve done a bit of amateur acting, so I know how to get into the skin of someone very unlike myself. When you understand where real people’s opinions come from, it’s easy to create characters like them.

LH: Given the historical period, you have to balance modern expectations of feisty female characters with the realistic standards of the time. Were there things you would like to have Anna do or think that you had to change because they just weren’t appropriate?

LMG: No, I didn’t want Anna to do anything inappropriate. In fact, I am at odds with the expectations today’s readers have for historical heroines. What we must realize is that in those days a young lady could be ruined for life for making a social misstep, and many were. A wise girl always followed the dictates of Society. Anna is a deeply spiritual girl, and it would be completely out of character for her to do anything feisty. Still, I think she is a compelling character simply because she was willing to die on the side of the road rather than do anything to dishonor God. On the other hand, she does stand strong in several situations, which I don’t want to give away. I hope readers will be cheering in those moments.


LH: She does show a genuine spiritual commitment that comes naturally out of her character and doesn't feel tacked on.


Regency novels have been very popular recently. What do you like best about this period?

LMG: Oddly, I like the strict social structures of Regency England. Some may find that sort of ordered society too confining, but I enjoy the challenge of creating characters who obey the rules but still manage to find their way to a happy, successful romance.

LH: What is the most surprising thing you learned in your research?

LMG: A young lady of three and twenty years (like Anna) was considered past her prime! Just think about that. Today we urge young women to get their education and have a career before considering marriage. What a difference! 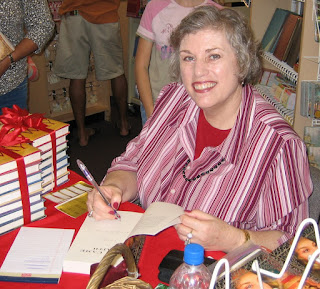 LH: You do a beautiful job of showing characters of faith without being preachy. Anna loses everything in the first chapter, much like the Biblical Job. What would you like readers to learn as they see her faith stretched?

LMG: Thank you, LeAnne. This is what I strive to do in my stories. You know, fiction, especially romance novels with their requisite “happily-ever-after” endings, can often give a fanciful, simplistic view of life. But I know of real life people who have faced such losses but never lost their faith in God. I hope my readers will see that they, too, can choose to trust Him when life gets hard.

LMG: As a stay-at-home mother, I was facing the empty nest years and wondering what to do with the rest of my life. I’d always had a busy imagination, so at the urging of a friend, I began writing my latest story. It turned into a novel (eventually my first published novel). But I was concerned about writing well, so I went back to college to see if I could improve my story. At first I just took a creative writing class, but got caught up into academia and went on to earn my B. A. in creative writing (to further improve my writing style) and my master’s degree in liberal studies (to expand my world view). These degrees also qualified me to become a college English and humanities instructor, which is now my “day job.”

LH: I find it so inspiring that you took the time to perfect your craft. It sounds like God has opened doors for you that you hadn’t dreamed of when you were changing diapers and carting kids to activities.

Was it hard to convince your agent to let you try something not set in the U.S.?

LMG: Actually, Harlequins Love Inspired Historicals had recently opened up to non-U.S settings, so it was a pretty easy sell. They were looking for unique locations.

LH: In the Regency period, a young woman without family entering society needed a sponsor. If you were to sponsor a writing protégée entering the high society of prominent agents and publishers, what advice would you give?

LMG: Act like the professional that you are. That is, you are a professional IF you have studied and honed your craft, researched your subject diligently, and written the best possible story you can imagine. Then you can feel confident when you meet even the mot august agent or publisher.

I found A Proper Companion a delightful summer read. To enter our drawing for a signed copy please leave a comment and include your e-mail address, writing out ‘at’ and ‘dot’ to fool phishing computers. As usual, the odds of winning depend on the number of entrants. The offer is limited to mailing addresses in the U.S. and is void where prohibited by law. 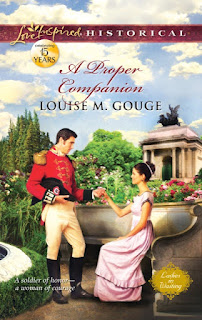 Anna Newfield must find a way to provide for herself now that her vicar father has died. At three and twenty years, she has long ago cast aside her dreams of marriage and a family of her own. Given the opportunity to become a companion to the Dowager Viscountess Greystone, Anna grasps the position as nothing less than God’s divine provision. Although she cannot comprehend how she can minister to the viscountess, she submits herself to God’s will for her future.
After serving with distinction and being wounded in the American war, Major Edmond Grenville is battle-weary and wants to resume his law studies under his uncle's patronage. But his mother, the Dowager Viscountess Greystone, insists that he must continue with his military career as soon as he heals. The more his mother pushes him back toward the cavalry, the more his heart attaches to her companion, a kind and gentle girl whose faith sets an example for everyone in the household.

When LeAnne Hardy and her family lived in England in the 1990s, they took picnics and went to concerts on the grounds of Highclere Castle, where Downton Abby is filmed, a fact that does NOT make her an expert on Regency novels. Her novel Glastonbury Tor is set in a completely different period.
Posted by LeAnne Hardy