Genesis Semi-Finalist: When The Big News Is Yours 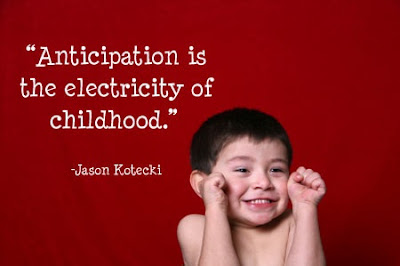 As many of us probably know, the ACFW Genesis results came out last week. For those of you who have no clue what I’m talking about the Genesis Contest is a competition that the American Christian Fiction Writers run each year for unpublished writers. There’s a first round, then the top 20% become semi-finalists and the top three in each category are the finalists.


It's a bit of a big deal for unpublished Christian writers. It's a really big deal for those of us residing at the other end of the earth for whom doing well in contests is one of the few ways we have to get our writing in front of editors and agents.

When I entered the Genesis Contest this year it was not without more than a little trepidation. The Genesis and I have a *ahem* checkered history.

Back in 2008 I was a novice writer, knew nothing about the craft of writing and even less about the publishing world. But I had finished my first manuscript, I thought she was something pretty special and I was 99% sure that everyone else who read it would realize the same.

The Genesis was my first brutal experience in finding out that the world did not agree with me.  It was also a very valuable lesson in Contest Rules 101. Namely never ever open contest scoresheets in a public place unless you enjoy having a full-scale meltdown in front of strangers.

Since that first scarring/humbling experience I'd entered a number of contests, but never my nemesis. This year I decided the time had come to suck it up and return. Being an all or nothing kind of gal I threw all my spaghetti at the wall. Three entries.

Having spent the last four years learning, and writing and doing my best to improve my craft this was the big test. While judging is always subjective, being able to get three anonymous not-related-to-you judges agree that your work has merit, is a pretty clear indication you've improved.

The first was the same one as I entered back in 2008, renovated and rewritten. I had high hopes for it, knowing it was so much better. The second was one that had enjoyed both success and failure in other contests and I thought it might have a chance. The third was a brand new idea and I had no expectations, I just wanted to float the story concept and see what the reaction was to it.

So, spaghetti thrown, I waited. The week of semi-finalists being announced arrived. I spent April 16th checking my email every other minute. Holding my breath every time my inbox loaded. Then I remembered that being in New Zealand, America was still in yesterday, today for them was still tomorrow and I was nurturing an ulcer at least a day early.

As the hours ticked by, I reconciled myself to this not being my year. Even though the co-ordinator had sent out an email saying it was taking longer than usual to collate the results. I steeled myself for disappointment. Reminded myself that truly only the best of the best can get three judges to think that that particular 15 pages is worthy of progressing. Reflected on how the odds of getting at least one judge who wouldn't enjoy my style. Tried to convince myself that not progressing would be a blessing in disguise - semi-finaling would mean having to find large chunks of writing time in a life where my husband already struggles some morning to find clean clothes to wear to work. Maybe this was God's way of telling me it was time to take a break from the writing dream?

Then an email was waiting for me early one morning. "Genesis semi-finalist" read the subject. And not just one entry, but two! In complete shock, I sat in bed staring re-reading it making sure it was real. My husband was away, there was no one to tell. I wasn't allowed to make it public until the results were officially released. Went to work and stared at the computer screen trying to process. Double semi-finalist. Two. Three judges had liked two enough to put them forward.

It was overwhelming. In the limited time that I have to write, how do I chose which one to focus my efforts on? The one that's more advanced, or the one I think is better? What if this is as good as it gets? What if I can't write a complete manuscript that lives up to the first 15 pages?

Then I got my scoresheets for my unsuccessful entry back.

Need to be convinced that God has a sense of humor?

The moral of the story? Throw your spaghetti at the wall. You never know what is going to stick :) 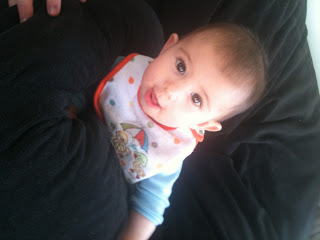 Kara Isaac lives in Wellington with her husband and ninja speed crawling son. She spends her days working in the public service and nights trying to anticipate the ninja's next move.

While the ninja rests his eyes, she ignores the Mount Everest of laundry in favor of writing Contemporary Romance. Occasionally she also pops into www.downundermusings.blogspot.com
Posted by Kara Isaac