Dolores Gordon-Smith on What is Christian Literature? 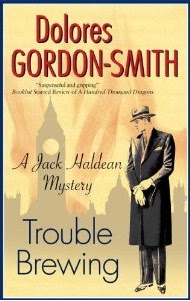 English mystery writer Dolores Gordon-Smith and I connected a few years on a mystery writers' loop. It didn't take us long to figure out that we were both Christians, although that's a subject verboten on that particular list. I quickly became a fan of her wonderful Jack Haldean mysteries set in post World War I England. The dashing Jack is a perfect gentleman, clever, loyal, caring--just the man you would want your daughter to marry. And he's a Christian, but very subtley so. It's not just that Jack slips off to church when everyone else is having a Sunday morning lie-in, it's really in his unfailing determination to do the right thing for the right reasons--just going about quietly living his faith even when he doesn't talk about it.

I've asked Dolores to join us today to share her thoughts on that sometimes-sticky subject what is Christian literature?

CS Lewis remarked somewhere that Christian literature doesn't mean a panel of Bishops writing books. (Not that there's any reason, I suppose, why a Bishop shouldn't write books, but I do take his point.) If Christianity acts as it should, that is as a belief and a way of looking at the world that affects everything a person does, then any action is, in a translation of the old Latin phrase, "For the greater glory of God".
So that's everything, from walking the dog, to cooking the dinner, to picking up the phone to a friend - everything should be shot through with that almost indefinable Christian something. Jesus referred to his disciples as "The salt of the earth" and that indefinable flavour, that zest of Christianity is like salt, bringing out the flavour and the goodness in life.

Naturally, this flavour, this zest, is what a writer brings to their work. Dorothy L Sayers wrote at length about how we, as creative beings, are actually engaged in the same work as the Creator of all things. I suspect that's true; even a shoddy piece of work will have some original spark in it, however hackneyed it appears at first sight. Naturally, no author wants to produce shoddy work, any more than a cook wants to bake a lumpy cake or a carpenter to make a rickety table. So the first duty of any author is to do the best piece of work they possibly can.

That's what I've tried to do with my own books. I simply love the traditional detective story genre, typified by writers such as Dorothy L Sayers and Agatha Christie, set in the England of the 1920's. I write, to the best of my abilities, the same sort of books as they did; a crime is committed and Jack Haldean eventually solves it. This sort of book can be described as a beginning, a muddle and an end! Jack is (I hope) a likable hero, challenged by an exciting (again, I hope!) problem where, through logic, courage and persistence, the good eventually triumph, the innocent are saved and the villains get their comeuppance in the end. And, if you pick up a Jack Haldean book from your local library or bookshop, I genuinely hope you enjoy reading them as much as I enjoy writing them.
God bless
Dolores
The 6th Jack Haldean murder mystery, Trouble Brewing, will be published by Severn House in April.
http://www.doloresgordon-smith.co.uk/ 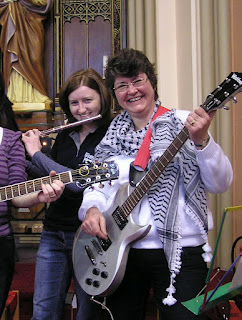 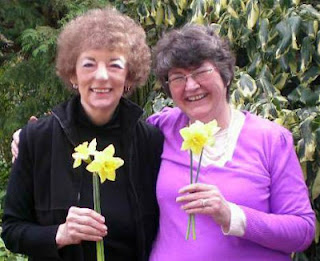