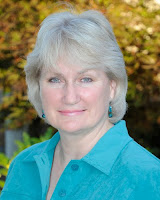 I’m a big fan of first person novels. Though it seems hard for a writer to break into the market unless we have a story with two or more points of view.

There is such emotional depth in first person. And that’s what it’s all about—feeling the emotion that comes through the language, the tone of that one inner voice.

So how can we write a multiple POV story to satisfy the market as a writer breaking in, and with the same emotional depth of first person? I discovered that by using close POV we can reveal that intense sense of oneness with our characters.

One thing my critique partner reminds me of at the beginning of each new scene is to make it clear as soon as possible whose POV we’re in.

Go as deep as first person by using that POV’s language. If that character has a particular style to their thinking, use it to frame the action they see around them.

The wonderful thing about fiction is we write inner dialogue the same way we think. Sentence fragments. Thought fragments. And with each tiny physical cue, voila, we’re in that POV’s skin.

In writing Shadowed in Silk, I enjoyed the scenes for my Indian characters. I felt as though I stood in their saris and sandals by capturing their inner thoughts in the rhythm of their Indian-accented English. Here’s an example in the scene where my Indian character, Miriam, is dying.

A bubbling noise came from the back of Miriam’s throat, and she tried to speak. “Bring healing . . .”

She felt Eshana’s tears drop onto her face and tried to lift her hand in the direction of the mission, but it landed in the dust. Her sight dimmed and died as the stench of burnt gun powder lay like a cloud over all. Brightness penetrated her closed eyelids. The pain in her chest began to lessen and leave. Scents of blossoms infused the air, orange, almond, roses, jasmine. She no longer felt Eshana’s arms around her.

Miriam opened her eyes. A man walked toward her from the far side of the bagh. A soldier? He was not dressed in khaki or like a British civilian, but robed like any man of the east in clean, flowing white, the sun flashing behind his head. He walked among the bodies and those clinging to life. He touched many with his hands, his face heavy with sorrow.

He stopped, and his searching gaze found her. He smiled, and she understood that sense of love and joy she had felt earlier. A cooling breeze entered the grounds, and rose petals danced a wild, joyful dervish upon it.

He beckoned to her with his open hands––hands that bore scars of their own.

This article was cross-posted in the ACFW January 2012 Blog.

Christine Lindsay is currently writing the sequel to Shadowed in Silk, called Captured by Moonlight.

From the parched north of India to the tropics of Madras, follow Eshana and Laine as they journey as prisoners---one to lurking danger, one to her own broken hopes.

Drop by Christine's website to learn more about this author. www.christinelindsay.com
Posted by Christine Lindsay