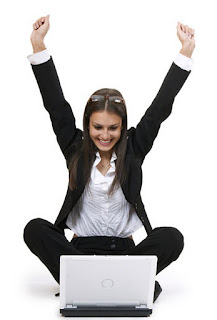 I don't think I ever belonged to a special group or club before I began writing novels. Finally I took courage and joined ACFW. I felt a little strange about that as I wasn't an American but a bit of an outsider. Then I discovered from the emails that other writers from all over the world also belonged there. There is so much help and guidance there that it gave me a great kick-start as an author.


Then my writer friend, Mary Hawkins, suggested I join this ICFW blog. Here it is truly an international membership. And we are all gradually getting to know each other and also some of our regular readers who take time to leave comments. As we Aussies say, "Good on ya!" You truly get to know those who really open up and share their hearts in their writing journey. It was also fun to share our favourite recipes in our international freebie book. Do take time to check it out.
And our Australian Writers Down Under Blogspot was another 'club' I couldn't resist joining. It's so rewarding to read each others' blog posts and see where they're at 'writing related' and what they're doing and how the Lord is working in their lives through all their personal struggles. Hey, dear follower, by now I reckon you've guessed writing is NOT easy. Yes, the ideas flow but that's only the start of a l-o-n-g haul and then the work really begins.
A few writers who live in Sydney's environs decided to get together and share over morning coffee/lunch. And my place was the most central venue. Each brought a plate with goodies. Well, we had a marvellous time of fellowship, networking, sharing about family, the perils of publishing etc. We had a real communication problem... we never stopped talking!!!

It was so lovely to meet some of the writers for the very first time. It was such an encouragement to me, personally, and from their remarks they enjoyed it also. I think we'll be meeting again some time in the future.
This would also be another chance for those other authors who could not attend  for various reasons.

I wonder if some of you other wonderful international authors could get together under the ICFW umbrella.

Rita Stella Galieh is presently polishing Book II in the Watermark Women trilogy, before sending it to the publisher, Ark House Press. Book I - Signed Sealed Delivered, Book II - The Tie that Binds, Book III - A Parcel of Promises.
Posted by Rita Galieh