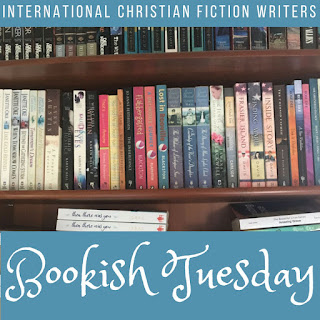 My guest today is The Reverend Philip Davies from the UK. I've asked Phil to share about his wonderful YA fantasy series. 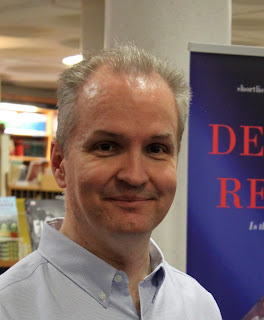 First, tell us a bit about yourself, especially how you manage to carve writing time out of your life as a C of E vicar, husband and father.

My first story idea came when I was a full-time Church of England Vicar, so I only found the time and space to write it out as a novel once I’d moved into a part-time role. I’d always loved fantasy, reading Tolkien and CS Lewis while growing up. My claim to fame is that I went to the same school as Tolkien (King Edward’s, Birmingham), and the same university as both of them, studying Ancient and Medieval History at Oxford. So, my first idea was naturally set in an imaginary world of castles, kingdoms, swords and sailing ships.

But rather than having elves, goblins and dragons, my fantasy world includes a mythology of gods, and the characters interact with them about guidance, healing, self-sacrifice, identity, purpose, destiny and free will. So Christian themes of the Kingdom of God find natural expression in the narrative, as I try to follow the example of Jesus the Master Storyteller.

My children are in secondary school, so while my wife is at work, I have the privilege during the week of writing full-time. I spend as much time as I can in local schools encouraging young people with their literacy, and (I hope) shining a light. 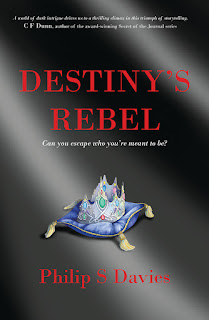 When I started, the theme of my Destiny’s Rebel trilogy was a subconscious one. It arose from life issues I faced at the time, namely what we can and can’t choose about our lives. For example, we can’t choose when or where we’re born, who our parents are, who else is in our family, or what sort of upbringing we get. What we can choose is what we do with the start in life we’ve been given.

So, in Destiny’s Rebel, Kat is 17, about to become Queen, and dreading it. She asks, “What if I don’t want to be Queen, but want to do something else with my life? I didn’t ask to be born a Princess, so where’s my freedom of choice?” She runs away, gets captured, and discovers a threat to her Kingdom. As she tries to return to save her people, will that mean accepting her destiny? 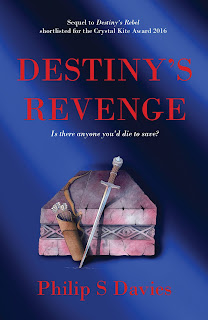 In Destiny’s Revenge, something else we can’t choose in life is a serious illness, accident or injury, to ourselves or to those we love. Would Kat go as far as making a deal with the gods to save her people from a deadly plague?

You have said that your first book Destiny's Rebel came to you in a dream. What a wonderful way to get a plot! I'm wondering if the next books came as readily.

Instead of inspirational dreams to start Books Two and Three, it was a case of: “But I want to know what happens next!” At the end of writing each book, my brain gets to work on continuing the lives of my characters.

After Destiny’s Rebel, my mind worked on: “How would the thwarted antagonists seek to wreak their revenge on the victorious main characters?” Hence Destiny’s Revenge. And for the third book, what final challenge must Kat face before she can fulfil her destiny?

Congratulations on the awards these books have won. Tell us more about those.

Both Destiny’s Rebel and Destiny’s Revenge were Shortlisted as Finalists in the British Isles Region for the prestigious Crystal Kite Award from the global Society of Children’s Book Writers and Illustrators (SCBWI), based in Los Angeles. What’s special about these awards is that they’re voted on by our fellow writers and illustrators of children’s books, who know what they’re talking about and looking for. To be recognised by them is humbling and thrilling.

But alongside any award or success, I love the words of Psalm 115, verse 1: “Not to us, O Lord, not to us, but to your name be the glory, because of your love and faithfulness.”

I hear book 3 is on its way. Do you want to reveal anything about that yet?

In Book Three, Destiny’s Ruin, other things we can’t choose about our lives are opposition and natural disaster. To conclude Katelin’s trilogy, I bring all the main issues to a head in a final confrontation. Once it’s released in September 2018, readers will rate my success … but I loved writing it.

Young people ask whether I have a favourite among my books. I reply that they’re like our children, and we shouldn’t have favourites. But I’ll always have a soft spot for Destiny’s Rebel as my first published book and because of the dream that inspired it. In Destiny’s Revenge we know all the characters better, it has a strong storyline, a powerful message and twist, so I love that too. But Destiny’s Ruin is my current favourite, because it tackles issues close to my heart, about life and death, heaven and eternity.

Where can we find out more about you and your books?

How perfect to be on your way to Australia and New Zealand; do you have family connections there?

This is a long-planned family holiday, and while my sister lives in Tasmania, we’re not going there! She and her family visit the U.K. frequently, so we’re visiting other places Down Under: Sydney, South Island New Zealand and North Queensland. And yes, I’ll be looking for inspirational settings for future stories.

Posted by Donna Fletcher Crow who has just sent Destiny's Rebel and Destiny's Revenge to her voracious-reader granddaughter consigned to her bed with a backache. https://www.donnafletchercrow.com/