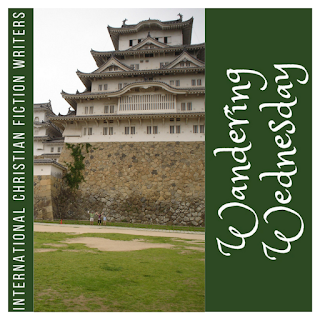 Today we welcome Walt Mussell back to our blog. 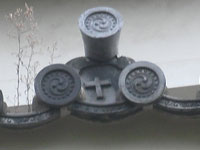 I’d like to thank Jenny for having me as a guest this Tuesday and Wednesday. I apologize for answering questions late. I’m operating on east coast U.S. time. 😊

Last summer, after numerous years of frustration, I received the great news from Kindle Press that the book of my heart, The Samurai’s Heart, would be published. Since penning the initial words (and getting initial rejections), I’d published three novellas, two short stories, and several magazine articles. I’d also written some very bad manuscripts that will forever stay hidden.

So why did this one manuscript stick with me? I must say I had some inspiration.

I used to live in Japan. I met my wife there. We’ve been married over twenty years and have two sons. We’ve done our best to visit Japan to see friends and family as often as we can. 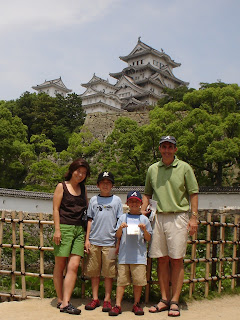 Himeji Castle is also the site of one of the biggest mysteries of Japan’s Christian Century, the Himeji Castle Cross (at the top of this page).

In yesterday’s post, I spoke about Japan’s Christian Century (1549 – 1650) and how Christianity was driven underground in the mid-17th century. One of the things the government did at this time was to destroy everything that had even a hint of a connection to Christianity.

The cross I speak of first appeared at Himeji Castle in the late 16th century. Officially, according to the sign at Himeji Castle, no one knows where the cross came from. It appeared when the castle was only three stories tall and Christianity was still welcome though under watch. When the castle was remodeled (1601-1609) to its current six-story appearance, the cross was one of the few items that survived the reconstruction. A picture of how it appears to castle-goers now is below. 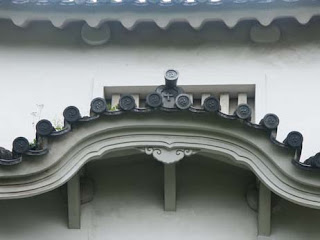 The tiles pictured with the cross along the castle roof edge are called “devil’s tiles.” They are set there to ward against tsunamis, fires, typhoons, etc. They’re meant to bring luck. You can find them on many castles.

But only Himeji Castle has a cross.

And the image of that cross, placed among the tiles, has remained with me. How did it survive the Christian purge? Why would a government that was destroying every trace of Christianity it could find leave such a display on its greatest work of castle architecture?

The blogosphere does offer a theory. The cross may be tribute to a former castle lord that was himself a Christian. It’s also thought that a majority of the samurai in charge of the remodel were Christian. But no one knows.

Anyone have any ideas?

Please comment below for a chance to win an e-copy of my book, The Samurai’s Heart. Check back March 28th to see if you are the winner. 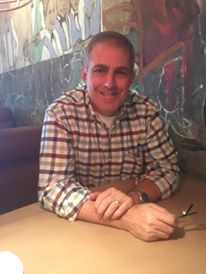 Walt Mussell lives in an Atlanta-area suburb with his wife and their two boys. He primarily writes historicals, with a focus on Japan, an interest he gained during the four years he lived there. He refers to his work as “Like Shogun, but the heroine survives.”
Walt is a 2017 Kindle Scout winner, which led to the contract for his first novel, The Samurai's Heart. E-copies can be downloaded from any Amazon website. Print copies can be ordered at your local bookstore. Please visit Walt’s website at waltmussell.com to subscribe to his newsletter.