Devotion: The Power of the Negative ~ by Shirley Corder 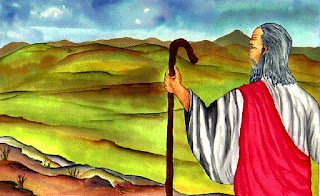 In Numbers chapters 13 and 14 we read how the Children of Israel finally arrived at the borders of the Promised Land, Canaan.

Following God's instructions, Moses sent 12 spies into the land to "Look the land over, see what it is like. Assess the people: Are they strong or weak?" (Num 13:18 MSG.)"

Note, they were not told to decide whether or how they would take over the land—only to learn all they could about the country and report back. 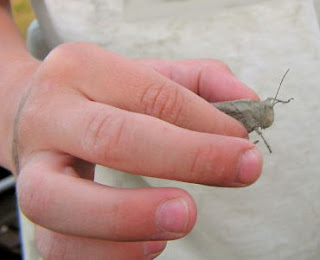 Two of the spies returned with favorable reports. The other ten agreed the land had wonderful fruit, and even showed a sample of juicy pomegranates and figs, plus a huge cluster of grapes, so large it took two men to carry it.

They were terrified of the people they saw. "Alongside them we felt like grasshoppers!"

The negative reports of just ten people spread like lightening through the nation, as bad news always does. They told their listeners that the land was one that "swallows people whole." Really?

This was the Promised Land which God had promised to His people generations ago. This was the same land which the Israelites had traveled for months across desert wasteland and gone through tremendous heartache to reach. And now they doubted?

Unbelievably, they listened to the negative talk. Forget God's promise. Forget the wonderful fruit. Forget Caleb and Joshua who thought they should step forward in faith and take the land. "Why didn't we die in Egypt?" they wailed.

What does that mean to us today? Where are the comparisons? I believe they are all around us.

Here in South Africa our politics are in a real mess. And yes, I know we're not the only country.

Every night we switch on the TV to watch demonstrations, protests and violence. Tear gas and rubber bullets fly on our university campuses many of which have been closed for weeks due to the unrest. And here in our country, this is the end of the year for the students. They face their major examinations.

Last week saw outright fighting in the local municipal council, with one counselor smashing a glass jug over the head of another! We have a state president charged with fraud. We've seen false accusations and arrests of people in high office. And all of these events hit the financial status of our country, so that right now we are one step above "Junk Status". Prices escalate from week to week.

Negative voices abound. It's difficult not to believe the stories of pending doom for our country. And that may well be true of yours too.

And yet? Through it all, we have a mighty God—the same God that told the Children of Israel to have faith and conquer the land.

So who should we be listening to? Certainly not to the "Gloom and Doom" people. Their stories get more embellished as they spread through the country. There is only One who can bring peace to our troubled land and to yours.

It is surely time we stand together as God's people across the continents and pray for our countries. Instead of echoing the negative voices, let's start giving a positive message. Do the schools in your land still teach children about God? How about a positive suggestion of what we can do? Are young people being encouraged to respect their elders? How can we as Christian adults encourage them to show respect? Are parents supported as they seek to discipline their children? Talk with other parents who share your concerns and seek a solution. And pass on the positive news.

Only two men on the border of the Promised land said, "We can do it!" They were overruled by the majority who brought a negative report. Fellow Christians, let us intensify our prayers for God to raise up Godly leadership across our lands. Let us speak as one voice to the world, calling on the people to trust the One, the only One, who can sort out our political turmoil. 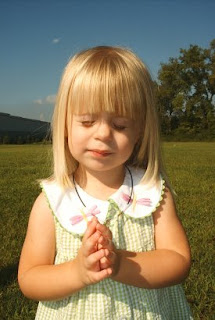 Pray with me now?


O Lord God of Abraham, Isaac and Jacob; God of Moses, Caleb and Joshua; You are also our God.

Our countries are in a mess. Forgive us for listening to the wrong voices. You, Lord, hold the answers. Help us as your children to speak out with words of faith.

We don't know the solution to the unrest and confusion. Our leaders don't either. But we do know in Your Strength, we can do whatever You ask of us. Help us, Lord, to overcome the power of the negative in our countries. In Jesus, Name, Amen.

If your country needs prayer right now, please leave a comment below, and let's agree to pray for one another during the weeks that lie ahead.

SHIRLEY CORDER lives on the coast of South Africa with her husband, Rob. She has recently embarked on a series of eBooks titled, Out of the Shadow. Book 1 is Naomi, Beloved Mother-in-Law and Book 2 is Eve, Mother of All.